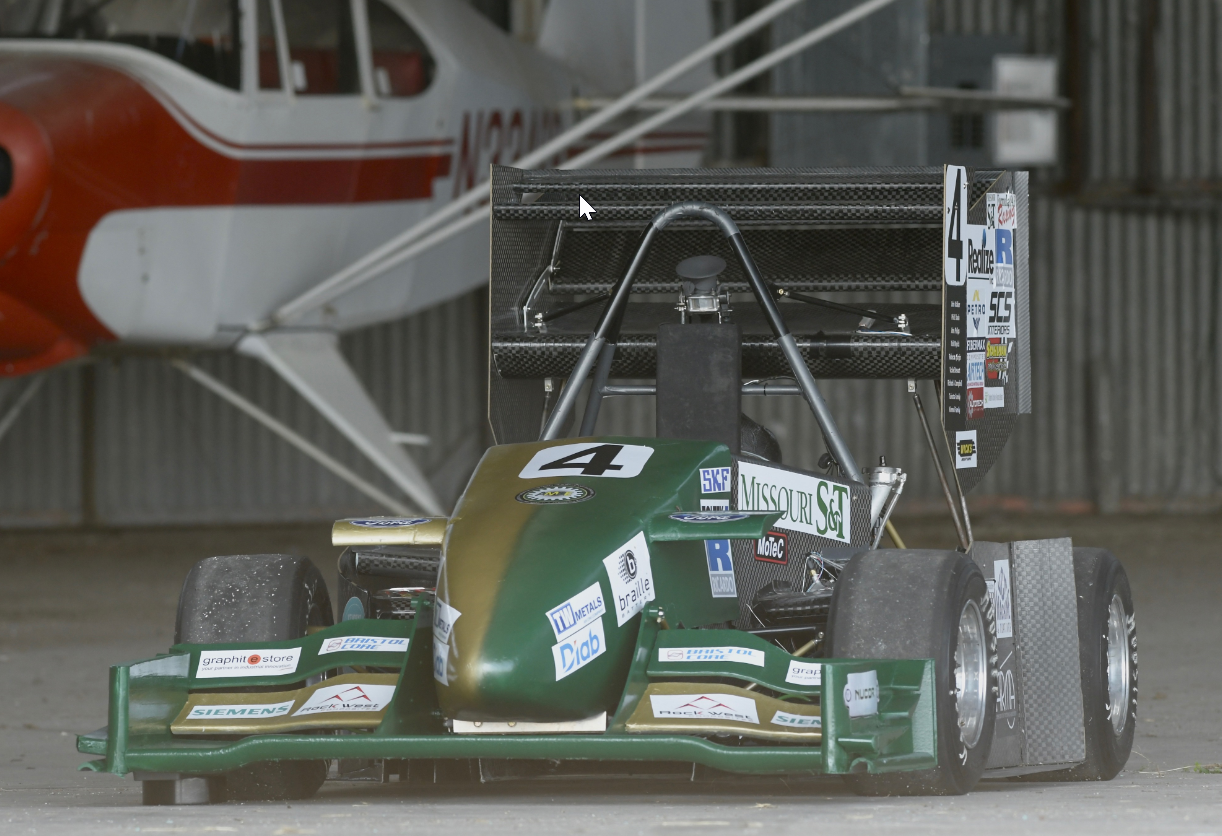 You don’t have to know much about CAD modeling software to join the Missouri S&T Formula SAE Racing team. You just need a curiosity for engineering and innovative ideas. The older members of the team will teach you the rest. Students can benefit from the inclusive nature of the team and get ahead in their studies and their careers.

Zach Hoffman is one of those students. Hoffman joined the team his freshman year and started out helping in smaller projects. He also got exposed to Siemens NX, which would become a pivotal part of his experience on the team. “It’s a little bit of a learning curve getting used to NX if you’ve never touched it before, but it’s really just finding the right buttons. It doesn’t take too long to get used to, and once you do you can utilize all its features. After I got used to using it my freshman year, I’ve been using it to model and run simulations.”

Missouri S&T FSAE has been using Siemens NX software for the better part of the last decade. Each year older members of the team help transfer their knowledge and experience to the younger generations. Hoffman says of the knowledge sharing practice, “everything you need to know about NX we will teach you. NX is an industry standard for a lot of companies, one of which is Boeing which is local to us here in St. Louis.”

By his sophomore year Hoffman was able to take on the position of Drive Train Project Director and Engineer. “I built everything from the output shaft of the engine all the way to the rear wheels and modeled the design in NX. This was my first chance to model in tandem with other systems and work with other team members to reach a common goal.”

During his junior year on the team, he focused on arguably the most important part of any vehicle – the brakes. As the Brakes Project Engineer, he got the chance to work with more FEA Simulation. He even started exploring with thermal FEAs.

Now as a senior on the team, he serves as the team leader. Hoffman acts as the face of the team to external businesses and organizations. Combining his technical knowledge and leadership skills, he has engaged other design teams like Baja SAE, Solar teams and outside businesses to create mutually beneficial partnerships and sponsorships. During competitions, Formula SAE teams must give a business presentation that explains in detail their budget and business practices. Hoffman is also an integral part of this portion.

Persevering Through the Pandemic

Despite the team having to pivot to a virtual operations due to the pandemic, they have yielded some unexpected benefits.

Formula SAE canceled the 2021 competition due to COVID. Now, teams are able to race the car they created in 2020 during the 2021 competition. This gives the team unprecedented time and resources to devote to upgrading and polishing their design. They even decided to make huge structural changes to the vehicle. “We saw this as an opportunity for development that could benefit the team for the next 10 years” Hoffman said of the their decision.

That big change? Moving from a steel tube chassis to a carbon fiber monocoque chassis. This replaces much of the car and its frame allowing it to be lighter and more rigid – two things you want in a race car.  The team is excited to make this leap into the future and has even started using Siemens Fibersim to work through simulations with the new design.

Next Steps for Missouri Formula SAE

The team is scheduled to drive the new version of the car in April. The new vehicle will act as a proof of concept through a testing season before the team brings the monocoque chassis to competition in 2022.

As for Hoffman, he is preparing for the future and relying on his peers and industry mentors to help him figure out his next steps as an engineer. He hopes to go into the fast-paced automotive industry and work on cutting-edge vehicle design.

Connect with Zach Hoffman and other student experts through our Siemens Software Student Connect LinkedIn group. Check out our other student resources here.

This article first appeared on the Siemens Digital Industries Software blog at https://blogs.sw.siemens.com/academic/behind-the-scenes-of-building-a-race-car-with-missouri-formula-sae/