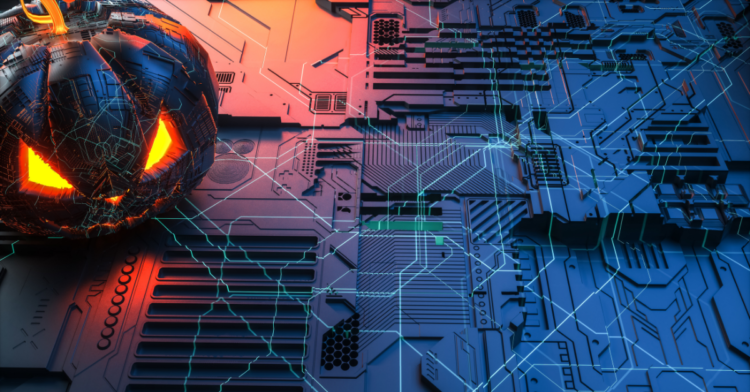 Recently, Siemens Digital Industries Software announced Xcelerator as a Service (XaaS). Companies of all sizes can now ensure designers and engineers have access to innovate without limits anywhere, at any time.

Allowing for scalability, flexibility and accessibility, XaaS is a game changer launching manufacturers into the digital future.

I recently had the opportunity to speak with some industry experts within the organization to learn more about how XaaS is impacting their customers.

Customers have been eager to see Xcelerator on the cloud. For the energy and utilities industry, it’s translated into significant growth in the short time that the XaaS offering has been available. Regarding the scalability and flexibility aspect of Xcelerator as a Service, John Nixon, Senior Director and Energy & Utilities global strategy lead at Siemens Digital Industries Software, indicates that companies are dipping their toes into digital transformation before scaling to tackle the long-term needs of their business.

Nixon finds that companies are starting with some acute problems and then working on the more chronic or long-term digital challenges that will drive them toward becoming a digital company. This goes along with the recent advice from Chad Jackson, chief analyst and CEO of Lifecycle Insights, who indicates that this is an excellent way to start their digital transformation initiatives — begin with a few initiatives and build from there.

Don’t let the lack of digital haunt you

There are companies and even some industries as a whole that are known to be laggards and have been a bit hesitant to be on the leading edge of the adoption of technology. But amid the COVID-19 pandemic, there has been a reinforcement in digitalization.

Adoption of digital transformation in software like Xcelerator, whether it’s design technology, simulation technology, data lifecycle management technology, is where an industry like medical device and pharmaceutical can innovate faster and more reliably.

“The scary thing is that the COVID pandemic for a lot of life science companies kind of scared them out of their comfortable/highly-profitable comfort zone of saying, ‘maybe I don’t need to be as digital and use the latest greatest technology because I’m getting by. I’m doing okay’,” says Jim Thompson, Senior Director, Industry Strategy, Medical Devices & Pharmaceutical.

More and more companies are now ready to embrace digitalization because it means more flexibility and adaptability to deal with the unpredictable scary future, such as highly disruptive events that always has and will happen (hopefully not as severe as COVID). “The digitalization actually helps take some of the scary out of the future because you know you’re in a position to adapt more flexibly, more remotely, more agilely than you can with other processes or systems that rely a lot on non-digital ways to collaborate and communicate,” Thompson says.

Choosing the as a Service model

The energy industry right now is experiencing a mega-trend — you’re seeing the decarbonization of the entire supply chain coupled with the electrification of our economy. California recently announced the ban of small combustion engines, such as lawnmowers and leaf blowers, by 2024.

Companies must get very cost conscious.

Xcelerator addresses the growth in electrification and decarbonization because companies can look at innovative designs, the lifecycle of the grid, the assets that are now electrified and everything else and get it right the first time. Imagine not having to do rework.

One of the biggest sources of issues is when it’s wrong in the field. That’s simply something that companies in the energy and utilities industry can’t afford to do anymore. Offsetting these costly mistakes with oil gains is no longer a feasible option.

According to John Lusty, the Energy & Utilities industry marketing lead at Siemens Digital Industries Software, “The industry is full of reports from analysts and partners about how something like 90 percent of the projects are over budget and beyond schedule. Xcelerator gives the customers a level of agility that they didn’t have before to make sure that that they’re properly positioned at the beginning of a project to be able to deliver.”

Large scale, on-premises deployments is no longer necessary because these businesses can spin up a project and get the thing going with a SaaS version of Xcelerator — it positions them to be more successful from the start. This is an advantage that Lusty points out as well. The energy and utilities industry sectors are very global where mines, oil and gas, and hydroelectric operations are often out in the middle of nowhere. Having a cloud-based infrastructure that they can rapidly access as soon as they have an Internet connection and stand up a project, get out their asset information or take advantage of the executable digital twin on the cloud positions them to be more successful and deliver on what’s required.

For Thompson, he sees a different issue that XaaS solves, especially in the medical device and pharmaceutical industry where regulatory compliance is mandatory. Companies within these industries require a systems of record that ultimately creates regulatory records and shows evidence of compliance to regulatory mandated quality management processes. With this, the collaboration opportunities and the ability to access anytime from anywhere are far better than the current systems that companies have grown used to but may no longer meet their needs. Xcelerator as a Service offers the value of technical collaboration.

The un-scary truth about digitalization

In a hauntingly delightful Halloween comparison, Nixon says, “You don’t want that vampiric systems of old sucking away at your profitability, right? You want the wooden stake of Xcelerator to go through the heart of these vampire legacy systems.”

Xcelerator allows you to integrate and be interoperable with all your data sources. There are all these vampiric sources of data, or zombie data, that exists out there. With billion-dollar megaprojects often spanning five-plus years, it’s common to have hundreds-of-thousands of worksheets out there for any number of people to work on and reference. The question becomes, How do you find them? How do you integrate with them? Megaprojects are not going away and so neither are the documents and files.  The clearest way to win in this is with the interoperability of XaaS.

Lusty adds, “With customers having access to their executable digital twin and their asset information at the speed of Xcelerator as a Service, it prevents small-sized problems from turning into monster-sized problems.”

The ghoulish Halloween comparisons don’t end there as the old way is heading to the grave. “We’ve got the graveyard of mistakes — a big graveyard that shows all of the problems, such as being over budget, behind schedule and the habit of throwing body’s at the problems,” Nixon says. “What we’re seeing is a new dawn, and we’re not being overly dramatic here. There really is a new way of thinking that’s going on.”

Learn more about Xcelerator as a Service

Digital Threads and Business Processes August 20, 2021 Manufacturers of all stripes are pursuing digital transformation efforts to meet the evolving needs of product development. The digital thread…
The Role of the Digital Thread and Digital Twin in Digital… April 29, 2021 Manufacturing organizations across the globe are sinking significant investments into digital transformation to improve development of products and manufacturing plants.…
What is the comprehensive digital twin? February 9, 2022 Companies in all industries face a future of tougher competition, and exacting and personalizing product requirements, while dealing with yesterday’s…

This article first appeared on the Siemens Digital Industries Software blog at https://blogs.sw.siemens.com/xcelerator/2021/10/26/dont-let-the-lack-of-digital-haunt-you/