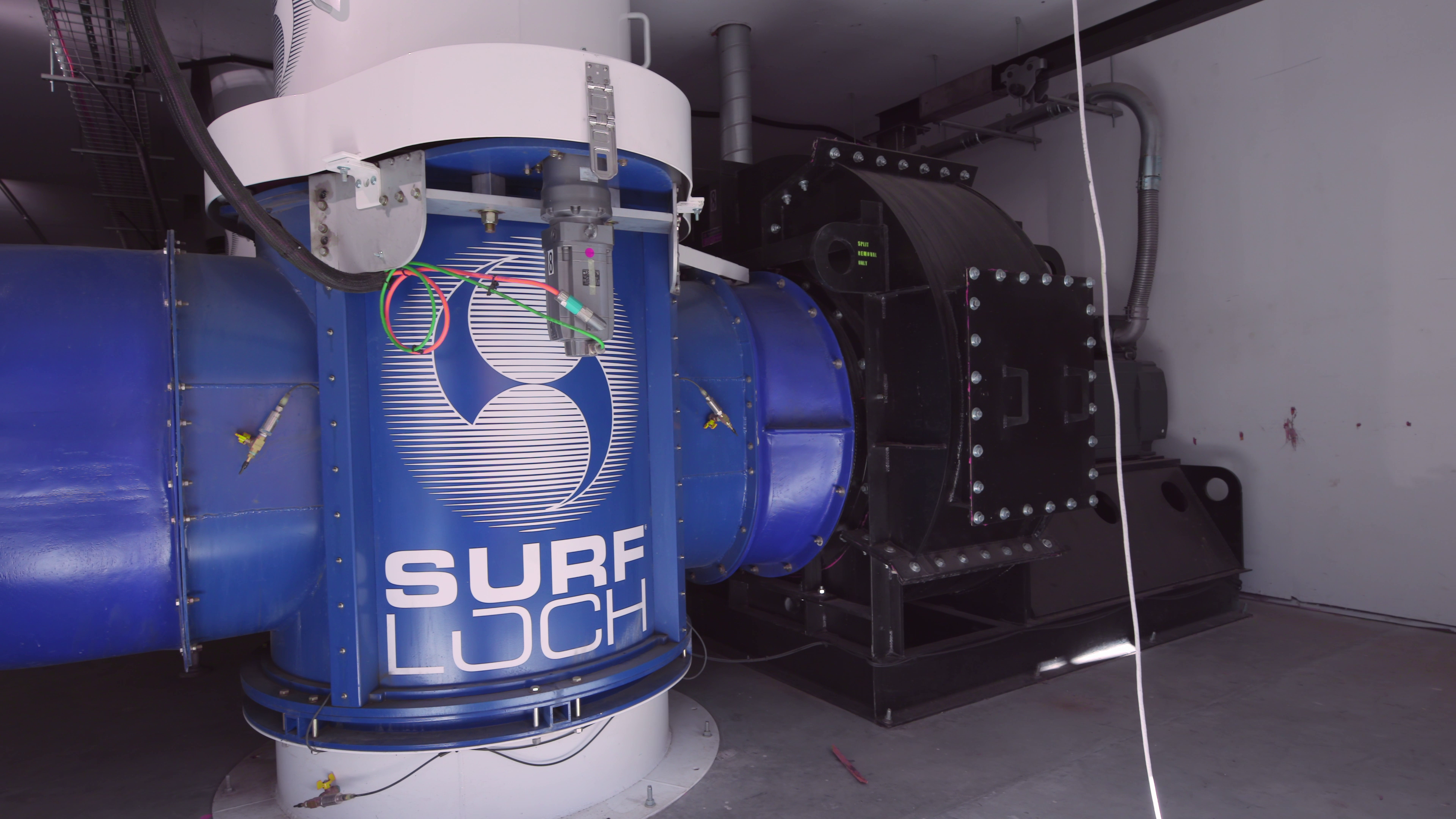 In part three of our Surf Loch series, How do you customize waves for both first time riders and pro surfers?, we discussed how Surf Loch is meeting the needs of surfers of all skill levels by ensuring they can customize their own waves. Now, we’re going to discuss how digitalization is making it so Surf Loch can expand the geographic limitation of surfing and bring the sport to anyone, anywhere.

Because the Surf Loch technology is so versatile and customizable, it means it can accommodate surfers of all skill levels, all at the same time regardless of the size of the pool. Even in the smallest pool, waves can be adjusted for the surfer’s skill level.

Scott Pohler, VP of business development at Surf Loch, believes that one of the things that makes these wave pools special is how they’ll motivate current surfers to get better. “You aspire to always progress and improve, and everybody has their different levels whether it’s smoothing out your style or wanting to do airs or working on your barrel riding or even using different types of boards.”

What Surf Loch has done is unlock the landlocked states. Non-coastal communities will have the ability to enjoy an authentic surfing experience outside of the ocean.  This break of geographic limitations is what the company has called the “ski resort moment.” Once chairlifts were able to turn local hills into ski resorts, the sport of skiing took off.

Sports like skiing or snowboarding have proven how much players can improve their skills the more it opens up. The same can hold true for surfing. The expectation is that people will really start pushing themselves and the difficulty level of the tricks executed on the waves will go through the roof.

For a beginner surfer, the Surf Loch technology is so beneficial because it provides a very consistent, repeatable waveform that allows new surfers to feel comfortable with what’s coming at them. It’s not like in the ocean where the waves coming in are constantly changing or the fear of sharks and jellyfish often preventing both children and adults from stepping into the water.

Beginners can learn and understand the right posture to get into as the wave approaches, how to take off, where to position their body weight and how to shift their weight as they progress and paddle.

Because they’ll know what the next wave will be, they can improve on that particular wave. This will encourage them to keep practicing over and over again.

For an advanced surfer, it’s quite similar to the advantages it gives the beginner. Because they get the exact same wave to practice on, they can test out more complex moves or change it up and make a little variant; they can keep progressing their skills quickly, wave after wave.

And finally, this type of wave pool means any surfer can discover new ways to surf.

“One of our clients,” Pohler tells, “had never ridden a shortboard in his life and, once we got the waves up and running, he rode the surfboard shortboard for the first time. After about two weeks, working out this repetition on these waves, I went out there surfing with him and his progression level on a shortboard was typically where most people are after about two years.”

In the ocean, the average surfer would be lucky to get five waves in an hour — and that’s considered doing pretty good. Even top-class surfers don’t get more than ten waves an hour.

In a wave pool using Surf Loch technology, users get basically as many waves as they pay for. Compare the ten waves per hour in the ocean to Surf Loch’s Las Vegas wave pool, which will have the capability of generating over 400 waves an hour on outside and inside reefs.

Granted surfers can’t ride that many waves in an hour, but it shows the opportunity to provide ocean-style waves on a consistent basis.

Today’s professional surfers are seeing the potential in how a wave pool powered by Surf Loch could be a game changer.

“On the ocean, we don’t know when the next wave’s coming in. Sometimes it’s five minutes, sometimes it could be 20 minutes, so it can get pretty boring for spectators that just want to see action. In that sense, it’s going to be awesome to be able to watch all that action on repeat.”

Both Surf Loch employees and professional surfers see the massive potential this technology can have on the sport of surfing.

“It’ll show improvements in a lot of people, a lot sooner and once you’re on the wave, you’ll be a lot more confident,” Ryan Callinan, a top 16 pro surfer said, adding, “I think in twenty years we’ll see the people who are five-years-old now will have a huge difference in their level. It’s one of those things that you will be able to do when you are young and it’s safe.”

This concludes part four in our series. In Part 5: How do you combine technology and passion to realize your vision?, we’ll discuss how today’s advanced technologies are helping Tom Lochtefeld turn his dream into a reality and what it means for the surfing industry.

Learn more about the technology. Click here to see how Siemens Xcelerator is helping turn complexity into a competitive advantage.

This article first appeared on the Siemens Digital Industries Software blog at https://blogs.sw.siemens.com/xcelerator/2021/05/25/digitalization-to-expand-the-geographic-limitations-of-surfing/