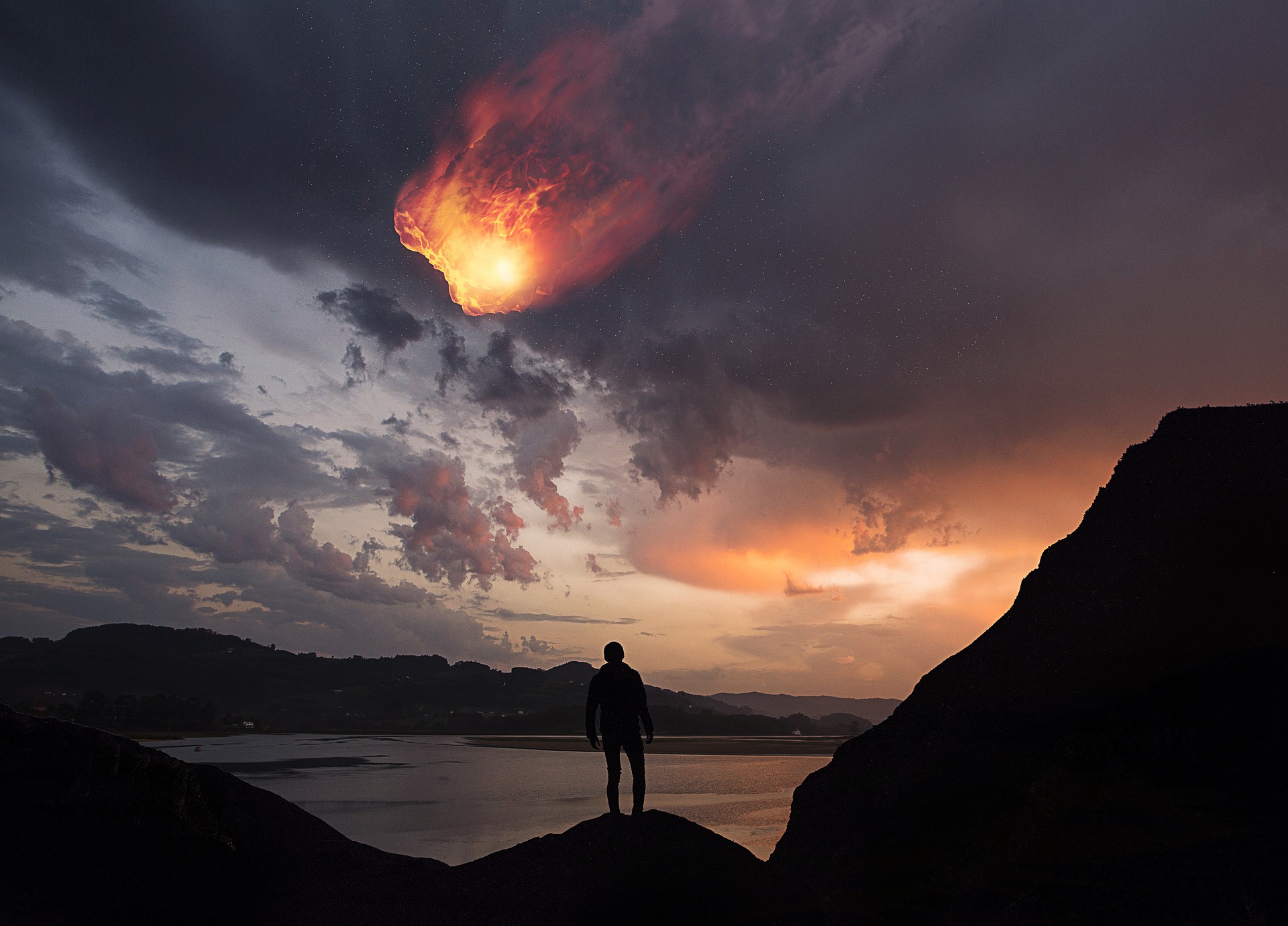 Patrolling the prairie across the street from our house in Casper Wyoming, we pre-teens were always on the lookout for lost model rockets. We would recover and repair them to launch another day. You could not walk a foot on that prairie without finding a fossil. Once, we unearthed an entire creature and thought nothing about it. Turns out, that find might have been worth a fortune. One day, my friends and I saw a program on TV about meteorites. In those days, it was not an amazing coincidence that we all saw the show, as there were only a few channels on TV at that time. What we all were excited about was that meteorites could command a lot of money. Nothing inspires a bunch of ten-year-olds than the thought of free cash. So, we set across the prairie in search of meteorites while saying our fantasies out loud about how we would spend the money. Of course, we had no idea what a meteorite looked like. We tended to focus on black rocks as our theory was they would have burned up during entry into our atmosphere. We actually took some of our collection to the local college geology department to get an expert take on our cache. Alas, none of the rocks turned out to be meteorites. In hindsight, we probably should have hauled in that full critter fossil we found instead. That was the end of our limited patience with meteorite hunting. But the model rocket launching continued for years in our neighborhood.

Scientists have long been interested in meteorites, but not for monetary reasons. Huge craters left behind by large meteorites are often studied to figure out the origin and what the impact did to the surrounding environment. Researchers also try to calculate impact angles to trace back origin data and generally try to use this information to predict future impacts. But, with over 500 smaller meteorites hitting the Earth each year, those impact areas are harder to find, especially if they hit in oceans or areas that are uninhabited. But for those that do hit land, researchers and meteorite hunters would like to find them.

A team at University of California Davis have created an autonomous drone with a set of convolutional neural networks (CNN) onboard that searches for meteorites. To train the CNNs, they used actual meteorite pictures from around the world plus a set of images that they staged in various areas. The drone is programmed to fly in a grid pattern and it takes pictures that are compared within the machine learning engine classifier to identify potential meteorites. The hard part was gathering enough images to train the system. Because meteorites can fall in any type of terrain, they had to interpose the images on all sorts of backgrounds. They collected thousands of training images for their database.

To test the system, the team embedded test meteorites in a dry lake bed in Nevada. There were some false positives, but the software onboard the drone was able to correctly identify the staged meteorites. They are currently experimenting with better resolution cameras, tuning the AI algorithms and building out a bigger dataset.

The researchers seem to be focusing on identifying meteorites, but it seems to me that they should also be incorporating impact crater signatures to improve their results. I did not have a subscription to download their paper “Recovery of meteorites using an autonomous drone and machine learning,” so perhaps they are exploring that angle. Also, I believe that they could use all the false positive data collected on the drone photo memory card to optimize their AI training dataset.

Back in Casper, as young kids we were fascinated by rocketry and making modifications to our flying machines. Accessible AI, compute power, and drones were not available to us. But, just flying a drone would have been so exciting. Combining the design, realization, and optimization of a meteorite autonomous drone was not even a dream at the time, but it is very possible today.

This article first appeared on the Siemens Digital Industries Software blog at https://blogs.sw.siemens.com/thought-leadership/2021/07/13/hunting-meteorites/