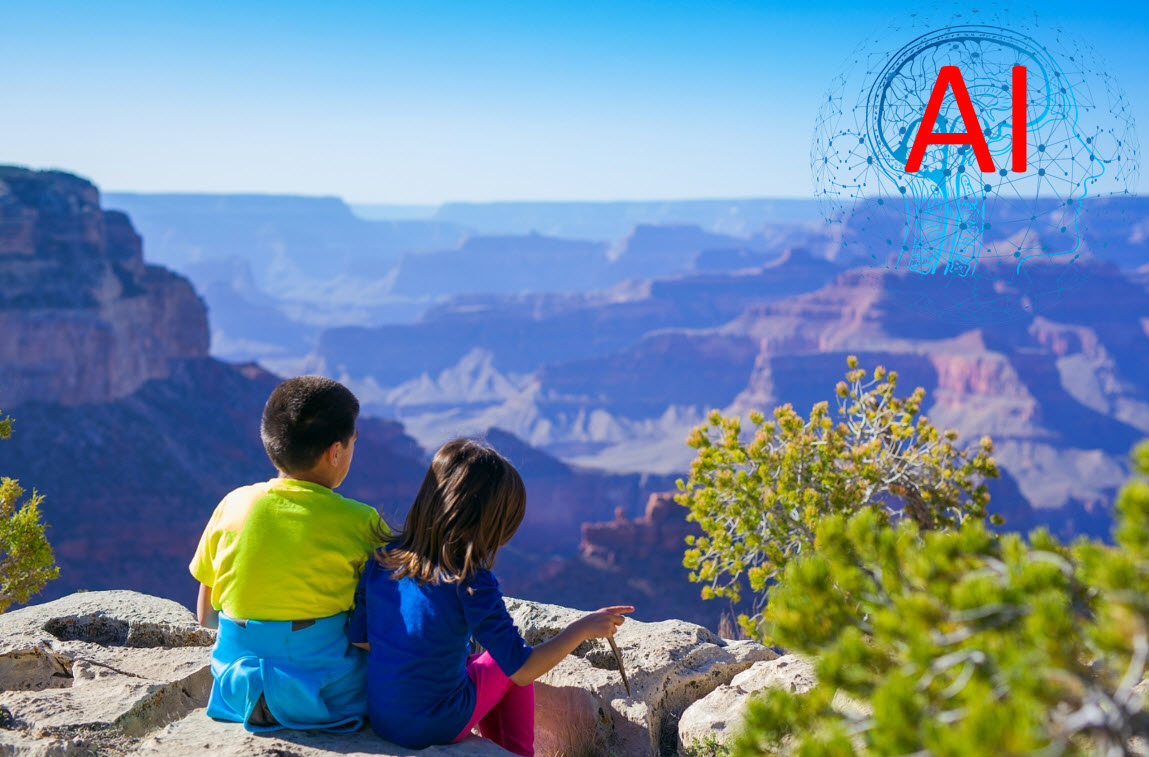 The first non-Disney movie that I saw in a theater as a child was 2001: A Space Odyssey. Of course, I did not understand much of what was going on and certainly failed to grasp any underlying themes. Even much later, when I read Arthur C. Clarke’s series of novels, things were still a bit murky. But what I still remember clearly from that movie was the glowing red eye of HAL and that he really did not like those humans. I was scared when this computer took things under his own control. Science fiction often explores the negative consequences of artificial intelligence running amok on the human race. But before we think that a Skynet situation is imminent, it is best to step back and look at the vast gap between what cutting-edge AI can do today compared to the human brain. In my opinion, this gap is as wide as the Grand Canyon.

Our sense of vision, from eyeball through pathways in the brain, is perhaps the best understood system in science. So, it is not a surprise that AI-driven object recognition systems are very good today. But, recognizing an object is arguably just the first step to reacting or predicting what will happen based on that object. And AI is not good at those things yet. Let’s explore that gap with this picture:

Overall, I can tell many things from this picture. In less than a second, I know that this is an airplane cabin. At the same time, I can tell that it is daytime based on the light level in the cabin and the sun shining through the windows. The drop-down video screens means the plane is an older model. But, let’s take a look at the numbered items on the picture:

All these observations, made in mere seconds, are my way of telling you that there is no AI system today that could make these observations and deductions. An analysis of this simple picture tells us that there indeed a yawning gap between the human brain and state-of-the-art AI systems. I find studying this gap fascinating because it points out so many areas of exploration in the AI and neuroscience fields together that will be tackled by engineers and scientists. So, I was excited to hear Ellie Burns and Mike Fingeroff explore this gap and relate that to the challenges that hardware designers have in their design flow. They also touch on the clashing requirements of coming up with a generic AI application that can perform many tasks versus applications that perform one task really well. Listen to the podcast here.

For those lucky enough to travel around London by rail, you know the phrase “Mind the gap.” Who knew that this concept applies so aptly to the world of AI?

This article first appeared on the Siemens Digital Industries Software blog at https://blogs.sw.siemens.com/thought-leadership/2021/05/05/examining-the-gap-between-ai-and-the-human-brain/