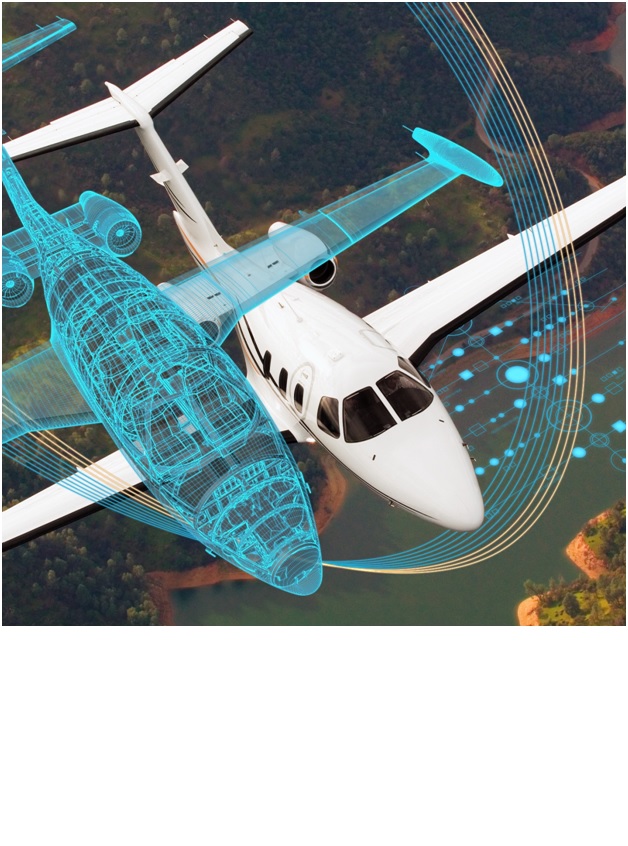 “Every American should have reliable, affordable, and efficient transportation, and the electrification of aviation systems has the potential to transform the way aircraft consume and use energy,” said U.S. Secretary of Energy Dan Brouillette.

In December 2019, the U.S. Department of Energy announced up to $55 million in funding for two programs supporting the development of low-cost electric aviation engine technology and powertrain systems.

Currently, there are more than 200 start-ups working on building a variety of electric aircraft and there are several trainers and other small aircraft with limited range in service. With so many companies developing this technology and increased investment from both the public and private sector, electric commercial aircraft are moving toward reality. For instance,  Scandinavian Airlines and Airbus recently announced a partnership to develop an electric-hybrid propulsion system.

It’s clear that electrically propelled aircraft have a future. The question is, which companies will participate in that future? What is the fate of the aircraft companies that don’t seek to invest in electric aviation via advanced technologies and software?

If you think about the propulsion unit of an aircraft whether it’s a turbine like a jet engine or a piston-driven design, it’s a complex machine, and yet, a relatively simple concept. With electric propulsion, it’s even simpler — there’s no combustion cycle, just a motor controlled by a throttle turning a prop faster or slower.

The switch from carbon-based aviation fuel to electricity isn’t that big of a change in terms of the overall function of the aircraft — there are still blades spinning and ducting air to achieve flight. However, the move toward electric propulsion requires exploration of new design trade-offs to fully extract the potential this technology offers.

Trade studies in the use of electric motors to propel aircraft must consider important differences in the flight profiles of these new aircraft – lightweight sport planes have different requirements than commercial aircraft.   These differences guide the trajectory of technology development that will mark the evolution of electric aviation.  Bridging the gap from yesterday’s aircraft to tomorrow’s will depend on what makes sense for each type of aircraft.

For example, might an aircraft be all electric or a hybrid of gas turbine and electric?   In the hybrid case, will the gas turbine both propel the aircraft and generate electricity for motors, or will they be separate systems?  Might it also charge batteries on board so that electrical systems are used for a portion of the flight and the gas turbines are used for other portions?  In the case of small electrical planes flying today, batteries and a highly efficient motor are sufficient to support the flight profile.  Bye Aerospace, for example, has developed an all-electric trainer that showcases what can be achieved by pursuing a solely electric, battery powered approach.

Motor technology is an extremely important factor.   The ability to generate the most thrust from the lightest weight motor possible is key to advancing electric flight.  The Bye Aerospace eFlyer 2 uses a Siemens SP70D motor powered by the aircraft’s batteries.  The SP70D has a power to weight ratio, a key metric for aircraft propulsion, of 5.22 kW/kg.  Achieving 5 to 10 kW/kg in motor design is the threshold for practical aircraft operation.  Current designs are in this range and new developments continue to push the state of the art forward.

New battery technologies represent an important part of the equation as well.  The energy density of batteries used in electric aviation, measured in kilowatt-hours per kg, is still a fraction of the energy density found in carbon-based aviation fuel.  Battery chemistry is advancing, but it is likely new innovations will extend first from optimizing the entire aircraft within the constraints of current battery technology.

While there are challenges to overcome, electric motors provide some advantages too. Aircraft engines need to operate at multiple speeds and torques. This is something an electric motor can accomplish more effectively than a conventional engine since it more easily generates the necessary torque across a range of rpm. This can reduce its weight.

With electric propulsion, if you build motors into the wing it can reduce drag and send the plane aloft in a more efficient way. In the electric case, instead of one or a couple, big engines, you may have several small motors integrated into a wing, distributing propulsion across its lifting surface. This opens the possibility of new thinking about aircraft architectures and how to improve aerodynamic efficiencies.

As you can see, electric propulsion could alter the design of an aircraft quite a bit. In fact, NASA has prototyped an electric aircraft with 14 engines on its wing. If you can reduce the engine size and distribution there’s a chance to do something that changes not just the wing design but the entire aircraft concept.

“We believe that pure electric, or all-electric, propulsion will power smaller aircraft in the foreseeable future, while larger aircraft will rely upon hybrid-electric solutions that combine electrification with evolutions of the gas turbine.”

Realizing the future of the electric aircraft

Developing the aircraft of tomorrow means opening and exploring the design space. Small electric aircraft are currently demonstrating the trade-offs and designs evolutions necessary to deliver practical airplanes. As electric technology continues to develop for smaller aircraft, it will start to go up the chain to larger aircraft and eventually be incorporated into commercial aircraft.

In our next blog, we’ll discuss design technologies, such as comprehensive digital twins, and discover how they are being used to virtually fly electric aircraft before they’re built.

This article first appeared on the Siemens Digital Industries Software blog at https://blogs.sw.siemens.com/thought-leadership/2020/02/06/transitioning-aircraft-propulsion-from-carbon-to-electrons/