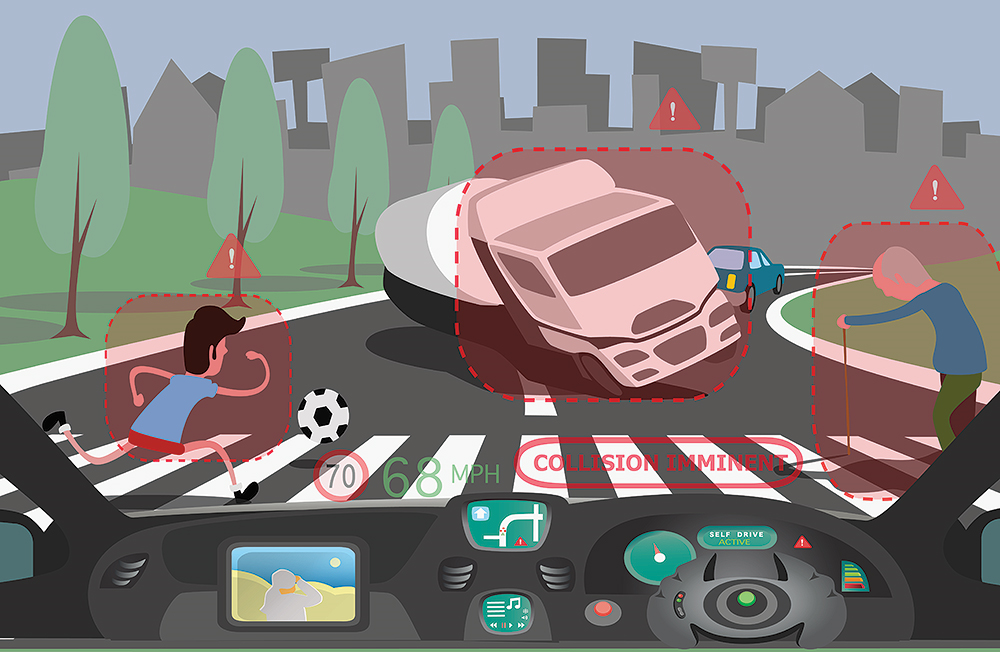 The autonomous vehicle industry is continuously evolving, and rapid advancements and new startups are changing our perception of what transportation will become.

But can government regulation keep up with these rapid changes to self-driving cars to make sure our future travel will be safe and efficient?

As we peer into our future world of transportation, I was privileged to speak with Amitai Bin-Nun, vice president of autonomous vehicles and mobility innovation at Secure America’s Future Energy (SAFE). Armed with a deep understanding of the issues, SAFE aims to lead the conversation on energy and transportation policy with the goal of bolstering America’s economic and national security.

We began by speaking about Amitai’s career, which started with his study of black holes as a physicist, and eventually led to a focus on the intertwining of self-driving cars and government regulations.

Amitai Bin-Nun: It’s been an exciting ride. When I shifted my career toward self-driving cars, this topic was barely a twinkle in anyone’s eye. I started as a theoretical physicist, via my graduate studies, studying black holes. I also had a keen interest in policies and politics – how we guide technology and science to improve people’s lives, to organize rules from a government and private perspective. I received a fellowship at the Department of Energy and later worked on Capitol Hill. I became very interested in self-driving cars, working at KPMG in the automotive sector as a consultant.

The last three years I have been at SAFE, where it’s our job to help the government regulate self-driving cars to promote innovation while allowing technology the full potential to advance safety, economics and accessibility.

Edward Bernardon: As a physicist you studied black holes, one of the most mysterious things in the universe, and switched to the rules and regulations of government. Do you see any parallels there?

Amitai Bin-Nun: Nothing can prepare you for what you experience in Washington. However, there are many parallels.

There’s a lot of noise and hype. As a physicist, you’re always looking at a complex system and finding out the key drivers of the system and how to make change happen – make it better. Also, the rules and regulations in society are the same thing. Asking questions such as:

What are the governing changes and things I need to do which will have a positive impact?

What should I focus on to make sure a technology is successful?

Otherwise, you end up running around chasing the latest trends. If you understand the broader system, it also helps you to understand the key drivers and to act on them.

Edward Bernardon: So knowing where key drivers are headed gives you a feel for what the key benefits will be, and regulation is essential. However, regulation can also stifle innovation. It seems there needs to be a balance between regulation and innovation.

Amitai Bin-Nun: I think you hit the nail on the head. Innovation is incredibly important to society in many ways: where economic growth comes from, what makes the standard of life better over time and why so many countries talk innovation and dedicate the resources to make sure it happens.

If you ensure it happens within your borders, it’s your citizens that will benefit. Anytime you have something new, there’s risk involved. Regulation is about how you manage those risks.

Also, find a way to make certain that regulation does not get in the way of those benefits that innovation offers. Innovation is not useful unless it solves a problem or makes life better for people.

It’s not only about regulations of self-driving cars. Because if it’s done right, it not only keeps us from having the wrong things on the road, but gives a signal to the public that the technology is safe, which signals to companies when their technology is ready for prime time. So, regulation plays a significant role in allowing innovation, while encouraging it as well. Edward Bernardon: It seems that determining what the right level and type of regulation should be will be challenging for legislators since they are not scientists and don’t have the foundation you have to understand technology. Legislators might want to respond to voter concerns that may be driven by hype around autonomous vehicle accidents such as those that occurred over the past year.

You also have input from engineers, technologists and startups saying all will be safe. How do you advise the government to help it balance these inputs and work on the correct regulations?

Amitai Bin-Nun: A huge part of getting this right and ensuring public safety, while encouraging innovation, is establishing a correct process. You don’t want the government to be heavy-handed in saying things like, you have to have a LIDAR or algorithm system, or, you don’t want an over intervention and regulation. There’s generally a permissive framework around autonomous vehicles because very few governments have restricted their use.

Currently, we don’t have tools that take an in-depth look at a system that is saying this is safe, or this is not safe; that’s something that develops with time. Moreover, if you look at the history of the airline or automotive industry, the technology has to be around a long time before the language and standardization approach emerges to allow for effective regulations.

So, the best approach is to observe closely, and put in place relatively light guard rails to ensure that well-meaning actors are performing and deploying the technologies on the road. It’s a slow process, and you learn more about the technology as you go while implementing more effective guidelines over time – a significant undertaking, and you receive information from experts both inside and outside of the government – which is a topic of considerable volume. The key operative words are patience and process – taking the time to get it right rather than rushing to pass judgment on this technology, or a specific manufacturer.

This concludes part one of my interview with Amitai Bin-Nun on the future of autonomous cars and government regulations. You can continue reading excerpts of our conversation, and stay tuned for future posts.

About the author
Edward Bernardon is vice president of strategic automotive initiatives for the Specialized Engineering Software business segment of Siemens PLM Software, a business unit of the Siemens Industry Automation Division. Bernardon joined the company when Siemens acquired Vistagy, Inc. in December, 2011. During his 17 year tenure with Vistagy, Bernardon assumed the roles of vice president of sales, and later business development for all specialized engineering software products. Prior to Vistagy, Bernardon directed the Automation and Design Technology Group at the Charles Stark Draper Laboratory, formerly the Massachusetts Institute of Technology (MIT) Instrumentation Laboratory, which developed new manufacturing processes, automated equipment and complementary design software tools. Bernardon received an engineering degree in mechanical engineering from Purdue University, and later received a master’s degree from the Massachusetts Institute of Technology and an MBA from Butler University. He also holds numerous patents in the area of automated manufacturing systems, robotics and laser technologies.

This article first appeared on the Siemens Digital Industries Software blog at https://blogs.sw.siemens.com/thought-leadership/2019/02/20/no-driver-no-regulation-no-way/