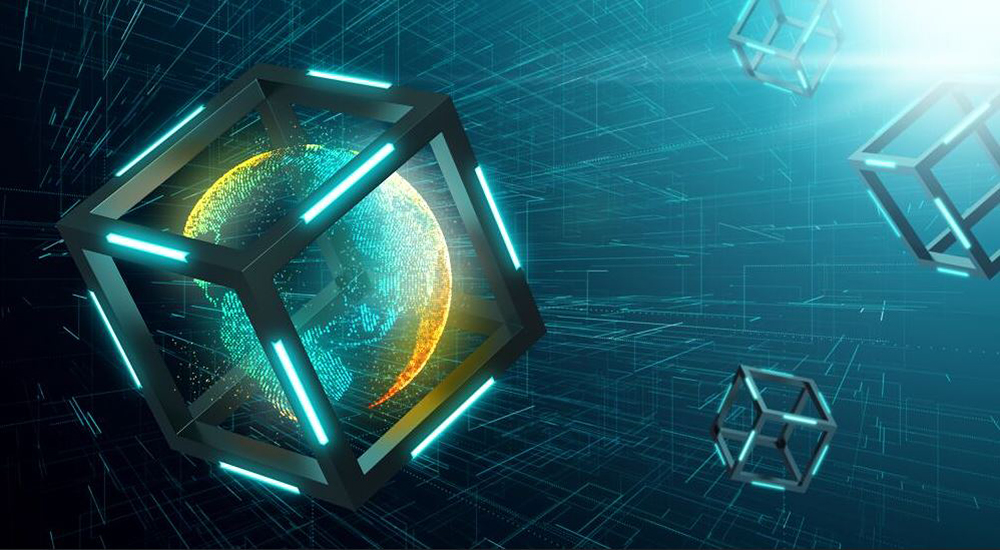 What will the future look like? That’s the million-dollar, and in some cases, trillion-dollar question.

In manufacturing, Industry 4.0 envisages a new age where smart technology and smart devices bring us closer to a fully digitalized society.

According to Forbes, studies show that Industry 4.0 will be valued at almost $4 trillion by 2020, and that businesses everywhere will be able to benefit by embracing the “fourth industrial revolution.” Blockchain appears to be one of the technologies that will be a part of that revolution.

In an Industry 4.0 context, decentralized and automated production and distribution are poised to disrupt product-centric value chains. For example, the U.S. Department of Defense envisions using on-demand 3D printing to quickly make needed parts for planes. Military agencies could use proprietary designs from suppliers like Boeing that are stored in a blockchain but are transferred to 3D-printing machines using a key code at the machine.

No one outside of Boeing would be able to touch the design data as it moves digitally to the machine. This way, the designs are always available but not exposed, and the military can fix planes and pay for parts without waiting for Boeing to produce them.

This model could work for in-field heavy equipment and industrial machinery maintenance as well. A sizeable earth-moving machine can be easily idled at a construction site if a crucial part goes down. Replacing the part could take days or weeks—a costly wait. In a future with blockchain, the OEM could securely send part-design data to a contract manufacturer in proximity to the site so that the part could be made and delivered much faster. Even better, the OEM could use diagnostic sensors on the machine to identify a weakening part before it fails and proactively contract authorized service providers for remediation.

Connecting blockchain and the IoT edge

According to analyst firm Gartner, IoT devices are set to top 11 billion—and that’s not including computers and phones—in 2018. Embedding these devices in computing enables other technologies—not just people—to interact with one another. These devices provide opportunities for decentralization and real-time responses, with little or no lag time.

Multiple companies are working on advancing the interaction of IOT with blockchain. For example, startup company Filament has created a way to combine the power of connected devices to aid businesses using blockchains, while simultaneously creating secure, reliable data records. Referred to as “Blocklet,” the chip enables for blockchain-stored data to be shared securely through hardware. This allows IoT-connected devices to communicate with multiple blockchain technologies natively. For example, by using blockchain to interact with devices along a shipping route, a Blocklet solution can track movements and record interactions that can be reviewed once shipments are received. Currently in beta testing, the Blocklet chip is designed to be implemented into any device in development. Machine learning, considered a branch of artificial intelligence (AI), integrates systems and algorithms that learn from various data and make predictions without being explicitly programmed. Machine learning can discover patterns that are humanly impossible to see and create valuable predictive models that help tackle practical problems.

Meshing blockchain and machine learning together open powerful possibilities in the context of advancing automation. Combined, both technologies have the potential to improve data exploration and analysis, improve transaction security, provide direct visibility into assets and create a trusted platform for collaboration.

Self-driving research is an area where the fusion of the two technologies could be a game changer. For example, a machine learning model for self-driving trucks would require several hundred terabytes of actual truck-driving data. A lot of challenge lies in collecting, and auditing the data for accuracy. Traditionally, the data would be collected using different trackers and sent to a facility for authentication before reaching data scientists for processing.

By using blockchain and smart contracts (with digital signatures) to ensure the reliability and ownership of the collected data, the information could be sent directly from the truck driver to the data scientists who would use the data for building machine learning models. Potentially, this could create a marketplace for data to advance the research more effectively.

Porsche will be the first automobile manufacturer to implement blockchain and machine learning into its cars to improve automobile capabilities and safety for drivers. The financial strategist for Porsche, Oliver Döring said, “We can use blockchain to transfer data more quickly and securely, giving our customers more peace of mind in the future, whether they are charging, parking or need to give a third party, such as a parcel-delivery agent, temporary access to the vehicle. We translate the innovative technology into direct benefits for the customer.”

Despite the relative immaturity of blockchain technology, a survey put out by Constellation Research, Inc., in late 2017 found that 52 percent of companies are considering or are already experimenting with blockchain. As industry bodies work to codify standards and use cases grow, blockchain could well be on its way to becoming the essential technology building block of businesses.

For manufacturing, Industry 4.0 sets out a vision and a pathway for becoming an entirely digital enterprise. To truly achieve this transformation, it will require more significant advances in blockchain but also in sensor technology, automation equipment, software, AI and machine learning.

Despite the promise of blockchain, it’s important to understand that it is not a cure-all for challenges or a technology to be used without a solid use case. What will be the long-term gains for blockchain in product lifecycle management, manufacturing and extended supply chains? It’s clear that companies are dialoging and experimenting. With time, which use cases are most promising for individual companies, groups of companies in an ecosystem, and specific industries will become more evident.

The technology powering Industry 4.0 will continue to mature and become more pervasive, and so will the potential of blockchain.

This concludes our introductory series on blockchain’s potential to transform industries and markets.

This article first appeared on the Siemens Digital Industries Software blog at https://blogs.sw.siemens.com/thought-leadership/2018/10/29/planning-for-the-future-of-blockchain-in-manufacturing/