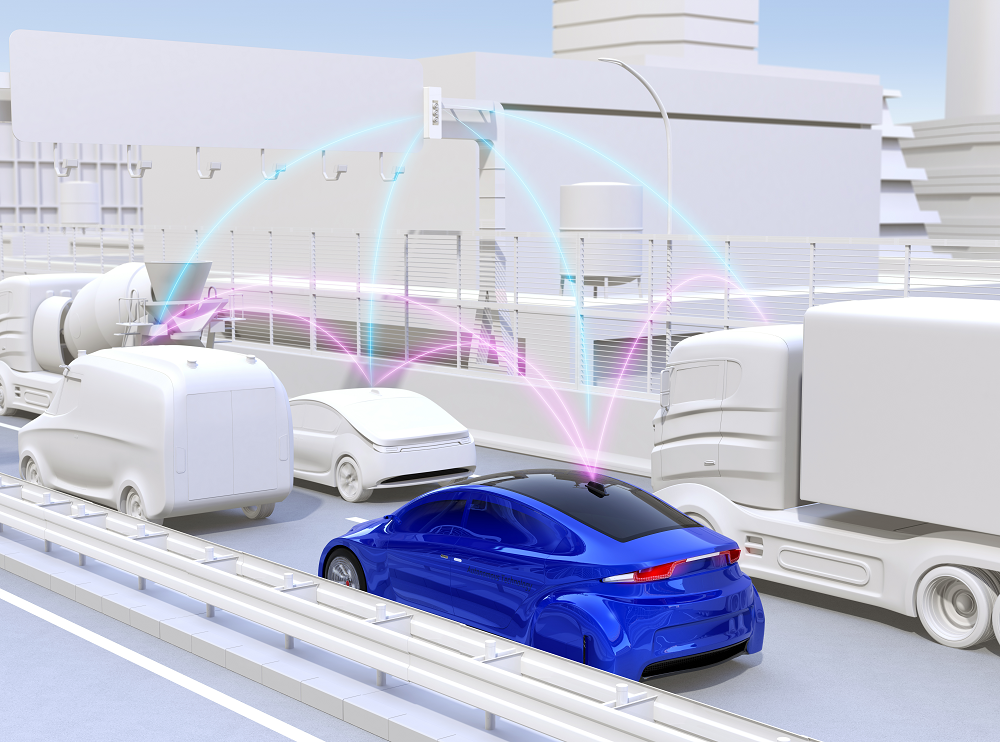 Automotive companies are working to figure out how software and hardware will best work together in autonomous cars, and they’re turning toward companies with electronic design automation experience for guidance.

One company that can offer this is a recent Siemens PLM Software acquisition, Mentor Graphics. I spoke with Andrew Macleod, Mentor’s director of automotive marketing, to learn how Mentor thinks software and hardware could work in autonomous cars.

We discussed challenges the industry faces as automation expands. We continued with what needs the most development, how systems of systems could come into play, and how companies’ engineering culture must change. We also talked about how the relationship between humans and autonomous cars could evolve.

One of the greatest threats to autonomous cars is getting consumers to trust a robot car with their lives. This is a big step beyond trusting a car not to break down when going from point A to B. Trust is built over time, along with the autonomous systems that will deliver that trust.

In the end, this may be no different from driving with your child who’s learning to drive or just got their driver’s license. They may not be able to elegantly handle an unforeseen emergency situation that wasn’t part of their training, but they know that most of the time when all else fails, you can get out of trouble by just remembering to do this. Hopefully, it won’t be too far in the future that autonomous technology will have a built-in “don’t forget to just do this” app when it seems all else will fail. Only then will trust be established between our robot drivers and us.

In the final part of our conversation, we discussed how vehicle to infrastructure (V2I) communication and safety systems could accelerate the practical use of autonomous cars, and how Mentor will improve Siemens’ ability to deliver solutions for the future auto industry.

EDWARD BERNARDON: Many feel that incorporating vehicle to infrastructure [V2I] or vehicle to vehicle [V2V] communication – where an autonomous or human-driven car knows about cars they see, but also about unseen cars, traffic lights, and pedestrians – will improve safety.

How important do you think that incorporation of vehicle to infrastructure communication is to accelerating the practical uses of autonomous cars by making them safer sooner?

ANDREW MACLEOD: Let me answer that in two stages.

The first stage would be when the autonomous vehicles become prevalent on the road. We would tend to think of this in digital terms, as binary, going from 0 to 1. So, we are going from having no autonomous cars, to having everything autonomous on the road, which is very unlikely. We’ll probably see autonomous trucks used in defined areas, mostly highway driving, as a practical use case. Moreover, we already see a substantial development of this in Europe and North America.

Another use-case could be two or three square miles of a defined downtown area only for autonomous vehicles, with a vehicle talking-to-vehicle infrastructure. Also, eventually, we could have driven from coast to coast – Tesla is planning to do that this year with their fully autonomous vehicles.

Into the part of V-to-X [vehicle to everything]. V-to-V and V-to-I, it should be considered another sensor input in the car. There’s more mapping data coming in with radar, LIDAR, camera, and there are many sensory inputs the vehicle can have, and I think V-to-X and V-to-I are hugely important. If you have some accident occurring two or three square miles down the road, and all the cars are pinging each other, alerting each other and diverting each other, that’s fantastic technology that will exist.

Then, eventually, we probably won’t even need traffic lights. Cars will just be talking to each other and stopping – assuming they are fully autonomous systems, and assuming it’s in that defined downtown area, where there’s no crazy human driver that can step in there and upset the whole system.

I consider that another set of input, and I think it’s going to be a major part of autonomous driving in the context of new mobility, like the robo-taxis I mentioned earlier. EDWARD BERNARDON: It was impressive when Otto did the autonomous delivery of a tractor-trailer full of Budweiser beer. So that’s probably where it’ll start, delivering packages.

Now that Mentor Graphics is part of Siemens, how do you think this is going to improve the ability of Siemens overall to deliver solutions for the future of the automotive industry?

ANDREW MACLEOD: Yes! I’m really excited about the opportunity of putting the two companies together and looking at what Siemens has in terms of automotive. It’s mindboggling to see the capability when you put it all together.

With the whole V-to-X capability that exists somewhere in the company – I’m still trying to get my head around the scale of this company, it’s huge.

When I was working in China, I think it was Siemens Industrial at that time, we were very active in providing electric motors to a whole bunch of carmakers – very ahead of the game. Then look at all the digital factory capabilities and all of the new manufacturing techniques that are going to be required in data continuity and digital twin.

Coming down the pyramid, with Mentor providing platform capabilities, and a physical, centralized processing unit for complete autonomous drive or connected car, and also providing all of the vehicle architecture tools that go with it, it’s difficult to think of any other company globally with the scale, reach, sales capability, customer relationships and leading technology for automotive. Who else has all of that capability?

It’s all leading edge; it’s all forward-looking. What I’ve noticed when talking to people in Siemens is that they are very enlightened concerning automotive. Great ideas are coming in the next 10 to 15 years, and the portfolio reflects that. I think it’s a good culture fit. And Mentor people think the same way; we are all looking far into the future and seeing where the opportunities lie.

Importantly, I don’t think that either company feels the need to be excellent at absolutely everything. We want to choose the areas where we can be unique, differentiated and provide number one market position solutions.

However, even considering that the capability of the two companies is, I think, fantastic, and it’s very exciting to think about the future.

Final thoughts
We’ve touched on many things related to the development and safety of autonomous cars. Most important is the distinction between the autonomous systems we’re starting to see on the roads, and the robot car that will be a trusted companion for travel.

The acquisition of Mentor will help Siemens provide the engineering tools needed for autonomous car systems development. However, as Macleod pointed out, it’s more critical for companies to focus on their strengths and develop the partnerships needed to succeed in this new, evolving market.

This concludes my interview series with Andrew Macleod – special thanks to Andrew for taking the time to speak with me.

This article first appeared on the Siemens Digital Industries Software blog at https://blogs.sw.siemens.com/thought-leadership/2018/06/18/autonomous-systems-that-will-deliver-trust/