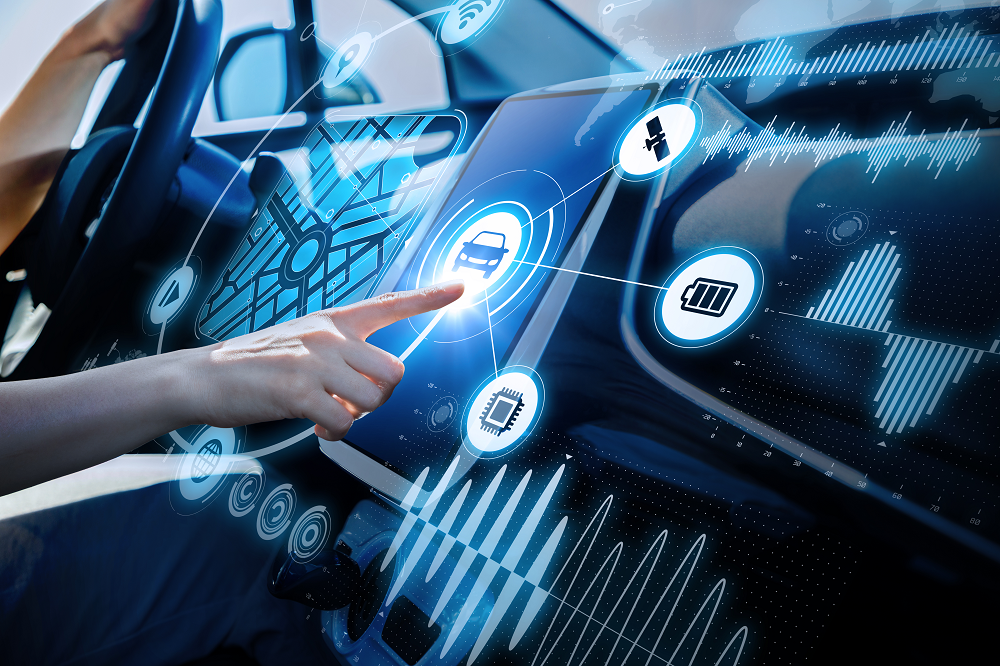 As the editor-in-chief for the Siemens PLM Thought Leadership blog, I enjoy learning about the work my colleagues do and the conversations they’re having in their respective industries.

I recently spoke with one of our Thought Leaders, Edward Bernardon, the vice president of strategic automotive initiatives for the Specialized Engineering Software business segment here at Siemens PLM Software, about some of the interesting things happening around autonomous cars and how they’re transforming the automotive industry.

When he began writing content for this topic, one thing he pointed out was how autonomous cars will change how cars are designed as they start looking more like living rooms on wheels. It’s an intriguing idea, and I wanted to check in with Bernardon to see how this idea has evolved since he introduced it on the blog.

So much of the focus right now is on the autonomous control system technology, he told me, but once that technology is figured out, what comes next? He thinks that focus will shift to the automotive interior, and these interiors will be completely different from what we know today.

Here are some of biggest takeaways from my conversation with Bernardon about how we should expect the car interior to change. Edward Bernardon, our cars of the future Thought Leadership, is the vice president of strategic automotive initiatives for the Specialized Engineering Software business segment.

“It’s now seen as not only a technology that’s really important, but also technology that will transform society so that we work and play in a different way.”

Bernardon says there has been a big shift in how people discuss autonomous cars within the time he’s highlighted the topic on the Thought Leadership blog.

When he began writing about this topic over two years ago, he said most people considered the idea to be novel. Since then, there’s been a huge increase in the press and discussion around this topic. People rarely get through a news feed, he said, without reading about OEM and startup involvement in autonomous cars or an acquisition or merger between software, rideshare companies and OEMs.

With that dramatic change, Bernardon says most people feel they need to pay more attention as to how autonomous cars and mobility as a service will affect their lives.

The impact of autonomous car and mobility service providers will likely become similar to that of companies in the airline industry, he added. People on airplanes don’t care about whether they’re in a Boeing or an Airbus: they care more about a particular airline’s service or the amenities of the airplane’s interior, like the comfort from a lie-flat seat in business or first class.

We’ll see the same type of attitudes with autonomous cars as their interiors change, Bernardon said, and there’s a lot of speculation about how that change could happen to the automotive interior.

“Your mobility experience will be delivered by the interior,” he said. “So there is a lot of interest in what it’s going to be like, especially if you think of an autonomous car as a living room on wheels, with possibilities maybe as varied and a stationary living room in your home.”

One of the big changes people will see as mobility as a service gains ground is the shift from owning cars to renting cars, Bernardon said, this change will also impact the design of car interiors and how they are used.

“The cars you rent are going to be on the road most of the time,” he said. “They will rarely be parked, only for maintenance and repair, which operators will try hard to minimize.”

As a result, the interior as well as the entire vehicle, will need a much higher level of durability because service providers won’t want to take it offline to fix a ripped or sagging seat.

“The whole idea of how materials last and perform will have to be reconsidered: for instance, how seat foam is made so it continues to provide support over extended periods of use,” Bernardon said.

Another change will be interiors that can quickly and easily be cleaned, possibly with antimicrobial surfaces so they sanitize themselves, or waterproofed so they can be hosed off, he added.

Mobility service providers may also try to differentiate their offerings with unique travel experiences tailored to the niche wants of their customers, he said.

“If you have this living room on wheels that’s shared by a lot of people, everyone wants a different kind of living room.”

With hundreds or even thousands of possible combinations, service providers will need easily reconfigurable vehicles designed based on standardized assembly specifications that facilitate reconfiguration. An artist’s rendering of how automotive interiors will change in as autonomous cars hit the road. Notice the seats that swivel and the workstation.

“There has to be some level of expectation set between the driver and the system itself about what it can do.”

As cars gain more autonomous capabilities, the automotive interior must also function as a way to build trust between the passengers and the car, especially in the cars’ early years on the road.

“You must have the right level of expectation of what an autonomous system can do,” he said. “Otherwise, one of two things will happen: you’re not going to use it because you can’t trust it, or you over-trust and an accident might occur.”

Cars on the road today use small lights to indicate, for instance, that cruise control is on or enabled, Bernardon said. But small lights won’t work to get someone’s attention in an autonomous car if the car needs the driver to take control, since the driver may not be looking at a light on dashboard when they’re in danger.

Instead, communication will need to be far more interactive and attention-grabbing, like having a steering wheel retract when the car is in autonomous mode and pop out when the car needs the driver to take over, he said.

Automakers need to make the automated systems in cars less mysterious, Bernardon said. It will be difficult for people to understand the different components in the autonomous system – like radar, LIDAR and cameras or what these components can see or not see, or even how they work. This is quite unlike the brakes and steering wheels in cars today.

Because autonomous technology involves a much more complex environments than what drivers are used to, familiar communication technology will be needed between the driver, occupants and car, Bernardon said. It could involve tactics to grab drivers’ attention, such as a combination of visual, auditory, haptic and possibly even scent-based methods.

“Multimodal sensory communication is especially needed when you want to get the attention of driver instantly, particularly if there’s going to be an accident,” he said. The potential combinations of how automotive interiors will look as autonomous cars hit the road are endless.

“Another engineering challenge is how to create an environment that pulls you in, that makes you want to be in a vehicle.”

As people begin using autonomous cars more frequently, engineers and designers will have to focus on people’s expectations for the automotive interior, Bernardon said, and those expectations could vary dramatically.

For instance, people may want an interior that makes it easier to speak with others, he said. This could include face-to-face seating, or being able to access text messages or videos on the windows or other surfaces in a car.

Augmented reality will also become a fixture in autonomous cars, he added. People could use the windows to display information and learn about what’s outside the car. A window display could be used to learn about businesses near them, or a business’s current inventory. When commuting to work, they may want to host meetings or have a fully functional work environment.

This provides a host of challenges for automakers and service providers, particularly for engineering these vehicles so they are reconfigurable.

“You have to be able to create custom environments easily and efficiently,” he said.

To have these reconfigurable environments, a number of components could be involved, including electronic displays, holograms and retractable or folding tables, chairs or beds.

Where re-configurations are best done is up for debate, he said. It could be in the factory, it could be with the service provider, or it may be niche businesses that spring up to offer unique autonomous car experiences, he said.

The key to providing these experiences, Bernardon said, will be identifying ways to design cars so they are quickly reconfigured either while in service, or with minimal down time to maximize the amount of quality experience time that can be delivered to customers.

Special thanks to Edward Bernardon for speaking with me. Stay tuned to our blog for more content on cars of the future and what they’ll look like.

About the author
Toni Boger is the editor-in-chief of Digital Transformations, the Thought Leadership blog for Siemens PLM Software. As the content strategist for the Siemens PLM Thought Leadership program, she oversees the content creation, management, publication and promotion for all content in the program. She graduated from Saginaw Valley State University with a Bachelor of Arts degree in Communication and English. Prior to joining Siemens, Toni worked as an associate site editor for TechTarget, a technology media company.

This article first appeared on the Siemens Digital Industries Software blog at https://blogs.sw.siemens.com/thought-leadership/2017/11/13/how-will-autonomous-cars-look-as-they-hit-the-road/