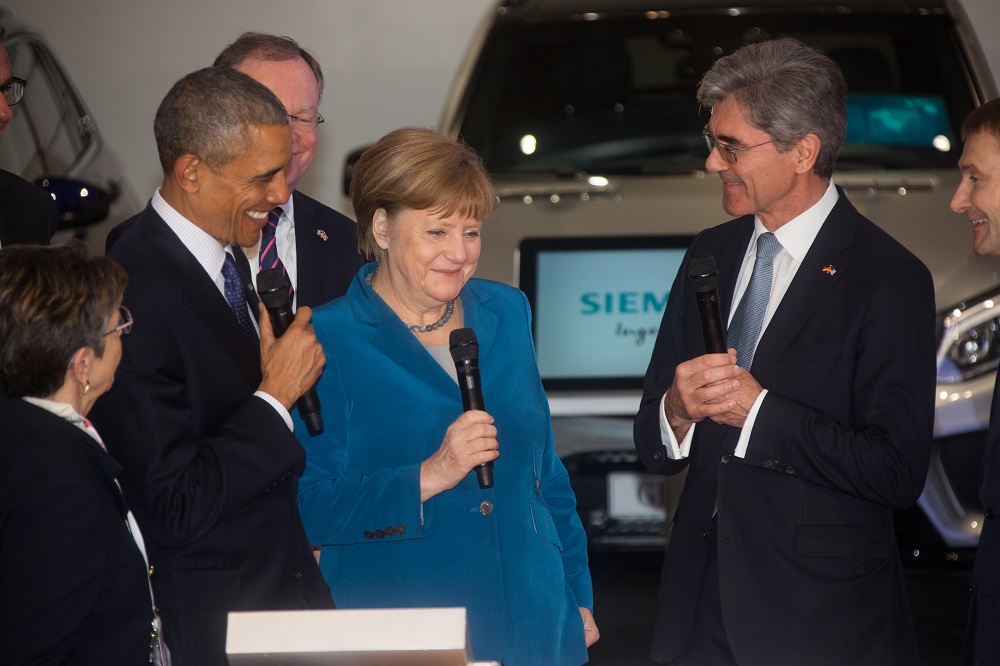 A new digital revolution is taking digitization a step further, and the result is continuous disruptive innovation that’s dramatically altering the market landscape. Digitalization is changing everything, and every industry feels its effects.

Companies that once held huge market shares are vanishing. Kodak’s dominance in photography evaporated after smartphones with cameras hit the market. Ride-hailing services like Uber and Lyft upended the taxi industry in a very short time. Streaming services like Spotify revolutionized the way customers listen to music and, for better or worse, how artists receive royalties.

These kinds of stories will become more common, and unless your company embraces digitalization, your business will take a hit and could even disappear completely as new players come to the market.

Digitalization transforms all parts of a business with a digital thread that optimizes the digital business assets. This thread, which includes knowledge of the product’s lifecycle, can connect smart devices that interpret and react to information it receives. This revolutionary process is toppling decades-old business models at a pace we’ve never seen before.

Buyer behavior is also changing. Globalization and the growing consumer class is fueling the trend toward personalized products. To serve the growing global consumer base, manufacturers are looking for ways to support individualized production with a lot size of one.

Digitalization is changing how people think. Adopting digital processes is a fundamental step in addressing the effects of disruptive innovation. This adoption results in integrated digital technologies that can be found and used in daily life.

As manufacturers transform their operations into a digital enterprise, they bring all of their business’s complex digital assets together to improve performance and create new revenue opportunities. Manufacturers can implement digitalization to improve their plant operations and create a future-proof digital enterprise.

World growth initiatives are helping manufacturers during this transformation. Governments and industries get it. They understand how important manufacturing is to their economies, and they’re working together to enable this transformation through public and private partnerships.

Most industrial countries and developing countries have initiatives to include digitalization in their manufacturing processes. These initiatives include Industrie 4.0 in Germany, DMDII in the U.S., Make in India, Made in China and the Industrial Internet Consortium.

Countries know how important manufacturing is to their economy, and they see this disruptive innovation happening. These public and private partnerships aim to enable manufacturers to improve their processes and encourage new businesses to enter the economy. President Obama and Chancellor Merkel were impressed with the Siemens vision of digitalization when they visited the Siemens booth at the 2016 Hannover Messe.

Siemens PLM Software isn’t alone in recognizing how important digitalization is to manufacturing: our entire company is onboard. Siemens AG included a strategy in its overall business plans to develop a forward-looking roadmap that prepares manufacturing industries for the Internet age.

In this business moment, successful manufacturers will adopt a digitalization strategy to transform their operations into a digital enterprise. Strategies should be flexible enough to react to market shifts, and competitive advantage will flow to the first businesses that see and act on those shifts.

We know what digitalization is capable of because we’ve implemented it in our Amberg factory. Our experience allows us to guide customers as they begin transforming their businesses into digital enterprises and confront disruptive innovation.

Haier. Haier is a leading global electronics and appliance manufacturer and the market leader in China. The company uses digitalization and Industrie 4.0 to improve their business.

Konecranes. Konecranes is also working with us to implement digitalization, and the company is in an industry you probably wouldn’t associate with digitalization: heavy lifting equipment. All industries, including the industrial machinery and heavy equipment industry, stand to benefit from digitalization.

“It brings sensing and communicating capabilities to places where they’re not expected to be found. This enables the machinery to sense its own condition, understand the usage situation and support the user to carry out the operation more safely and productively.”

Companies in all industries are recognizing digitalization’s importance. Rather than just survive the disruptive innovation that could put them out of business, they could leverage it. And if they want a successful future, companies must implement digitalization into all of their business processes.

This concludes part two of our series on digitalization’s role in revolutionizing global manufacturing. In part three, we explore why Siemens PLM is the important cornerstone to help companies with their digital transformation.

This article first appeared on the Siemens Digital Industries Software blog at https://blogs.sw.siemens.com/thought-leadership/2016/06/09/how-digitalization-helps-manufacturers-future-proof-their-business/