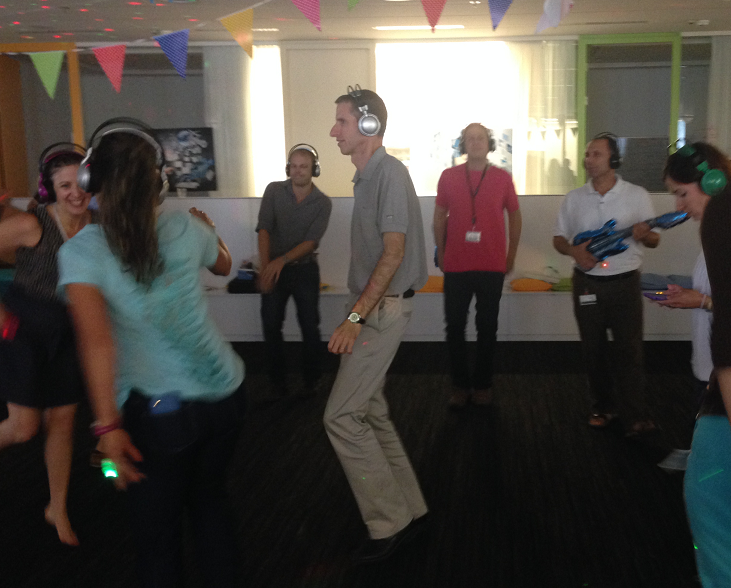 Wow, we just held our third Hackathon (New Hackathon – Shaking things up from the Inside) in less than a year! Over half a year ago we had one in Pune (The Pune Hackathon – December 4-5, 2013), and the very first one (What the Heck is a Hackathon?) was about 10 months ago.

To be sure, there was a different atmosphere the first time around. Like with one’s first child, we felt we were getting into something unfamiliar, we weren’t sure how it would turn out. But all of us felt the adrenaline flowing as we ‘climbed out on a limb’. Inspired then by the success of becoming innovators, creating and presenting our projects, we were eager for another opportunity. Which just happened for the third time.

Naturally the organizers wished to build on the success of the previous events in Israel and Pune, but also to introduce some new elements – like adding the “Manufacturing (in the year) 2020” theme as a general guideline. We were invited to create projects that could move in any of these directions:

The leaders also took another unusual step to emphasize looking ahead to 2020 – they surrounded the Hackathon work space with posters and films of culture and technology icons through the last six decades. Starting from the ‘50s through to the present era, and on to 2020! This set a lively and changing backdrop for the teams working in the large central area and surrounding rooms.

In keeping with the fire and spirit of innovation, two of the main objectives for this year’s event were:

On the day before the event, like last year, our IT staff rolled up their sleeves and set up the electricity, connectivity, and large tables to accommodate close to 80 participants in the main common area as well as in the surrounding 6 rooms. New this year – an entire team was sitting in Ann Arbor in the U.S., with just the project lead in Israel.

At the beginning, the atmosphere seemed mellower in comparison with last year. Yet the familiar intensity was there, as teams struggled to overcome a number of hurdles. This brought out that characteristic dedication and team spirit as many stayed well on into the night. The next day’s noon deadline was looming!

One of the projects, already at an advanced stage, provided this really entertaining sight – an iRobot Roomba was progressing down the hall, with an overturned garbage bin mounted on it, and a notebook computer taped on top. On the screen we could see an earphoned jockey who was clearly driving the thing, and on a small patch of the screen at the lower right, we could see what he saw – us! – scrambling out of its way!

On the edges of the open space all around, a changing set of posters were taped up and then taken down every few hours, to be replaced by the next round. These displayed evolving images from the culture, entertainment and technology of the ‘50s, to be switched for the ‘60s (Woodstock, peace symbol), on to the ‘70s and so on till 2020 as we could imagine it now. A couple of big screens along one wall were playing some classic movies from the various eras: Mary Poppins, Sound of Music, Back to the Future.

There were also films of iconic pop stars in concert: a Peter, Paul and Mary reunion and the Rolling Stones. Meantime, the tables were heaped with sweets, snacks and energy drinks.

And talk about the disruptive side of innovation! During the last hours of the Hackathon, the
space was suddenly “invaded” by a television news team! They had come to speak
with CEO Zvi Feuer about the influence of increasing use of robots on the future of manufacturing and how it will affect employment. When the TV crew heard about the Hackathon that was going on, right then they asked to film and interview the teams in the middle of it all.

Even just an hour before the finish, the atmosphere was still intense as some teams were working out rough spots, others tweaking their demos, even while others, with everything complete, were calmly reviewing their presentations once again.After the final horn, as most teams were unplugging their machines and bundling their equipment, a few were still grouped around, seriously continuing their discussions.

In the words of a participant, the whole thing was “good, clean fun”.

One additional surprise laid on by the organizers was a brief headphone party to help relax the nerves after the previous 27 hours of marathon hacking!

The results of the 3rd Hackathon prove a seeming paradox: we’re creating a habit of… disruptive innovation!It’s no longer strange for someone to think they can have an idea and find the collaboration and support to develop it into a proof of concept, a demo, a working version and finally a viable business proposal.

Oh, and one more novelty introduced this time around – each of the employees used an online survey to vote our own 3 picks for the Hackathon winners. The results were calculated 50-50 with the decision of the judges. Another great example of how innovation levels the playing field of opportunity for us all.

This article first appeared on the Siemens Digital Industries Software blog at https://blogs.sw.siemens.com/tecnomatix/hackathon-2014-inroads-to-innovation/