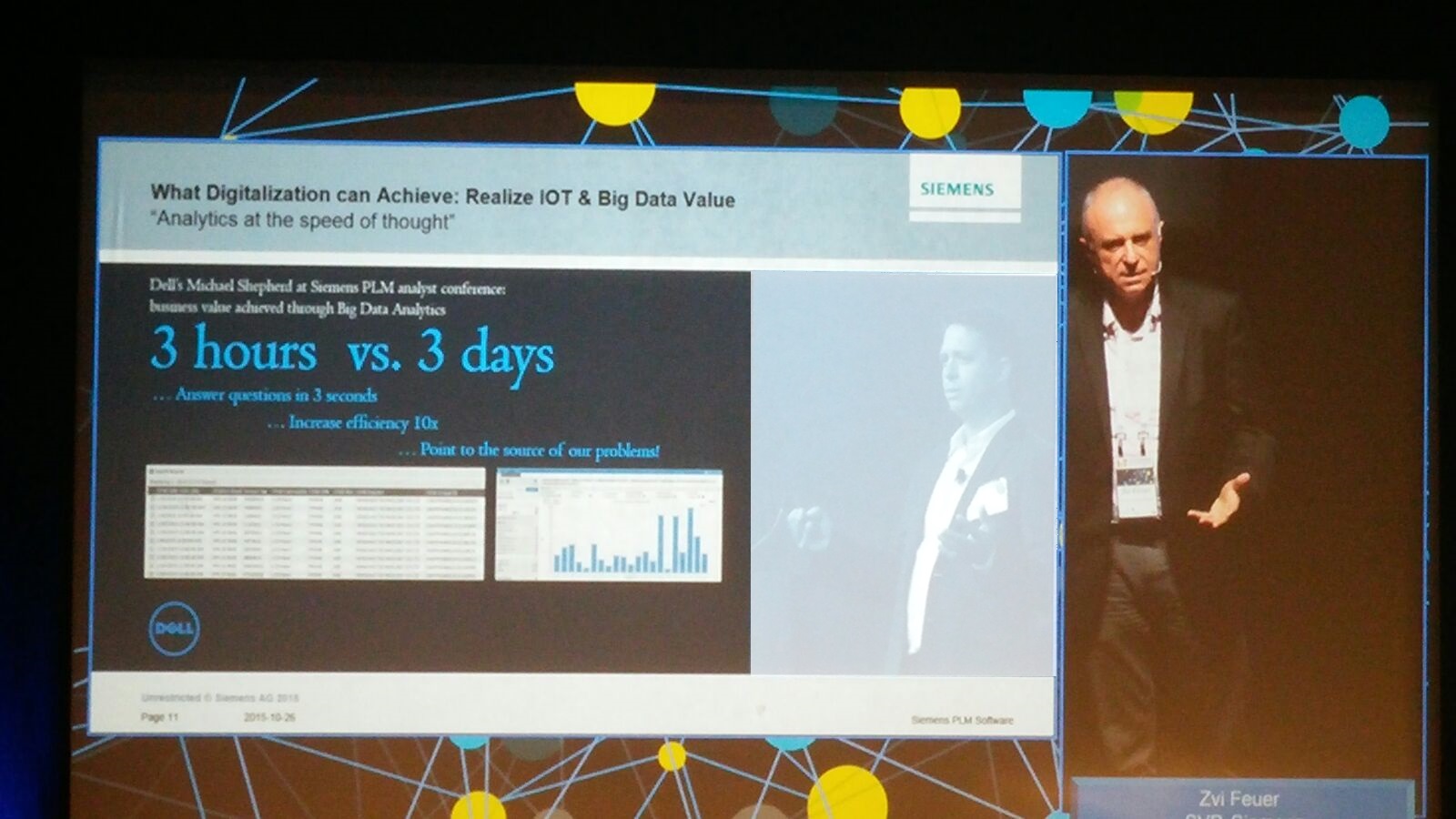 In his presentation, Zvi delved into the pace of increasing complexity in manufacturing, especially in the last half decade. And he dwelled on the narrower market windows for creating and delivering products that interest the customer-base. For an example as close as your wrist, advanced chronometers of a few years ago still had mechanical gears whirring around inside, plus a basic chip with just a few thousand lines of code. But the latest smart watches are fully digital, powered by millions of lines of code.

Today there’s pressure in every industry to release a variety of models simultaneously – the seeming impossible paradox of mass market customization. Hyper surges in manufacturing are further spurred by the shorter market lifespan of products. Never has industry been so obliged to accelerate the unveiling of subsequent product versions, and each time with more innovation in design and function. Zvi gave some examples from car manufacturing:

The explosion in smartphones with newer and more frequent models is another well-known example. Medical interventions and implants, energy supply, together with many additional markets are further cases of the accelerating boom in smart products.

The critical question for enterprises then, is how to retain the lead and remain consistently disruptive as go-to-market deadlines get shorter and more aggressive. IoT is the enabler, based on the following supporting factors, which are becoming cheap and plentiful:

The Haier corporation, a model of Industry 4.0 (see previous blog) at work, has an electronics plant producing over 500 models from 16 general and seven individual variant designs. With digitalization in full swing, they have experienced 180% improvement in capacity and a drop of 60% in personnel!

IoT allows validation and modification of the original concept of manufactured goods, even after they leave the assembly line, especially when bugs surface. Markets now demand that manufacturers be nimble and quick in rectifying these bugs. Zvi portrayed how Dell met such a challenge at one of their Chinese factories with a solution from Omneo (from Siemens PL). Based on crunching enormous quantities of data that were collected about the laptop, ‘in no time’ the solution was out to distributers and customers, in fact, within 3 hours! See the next installment to learn about additional industry breakthroughs that Zvi discussed in his presentation.

This article first appeared on the Siemens Digital Industries Software blog at https://blogs.sw.siemens.com/tecnomatix/digital-twin-part-2/