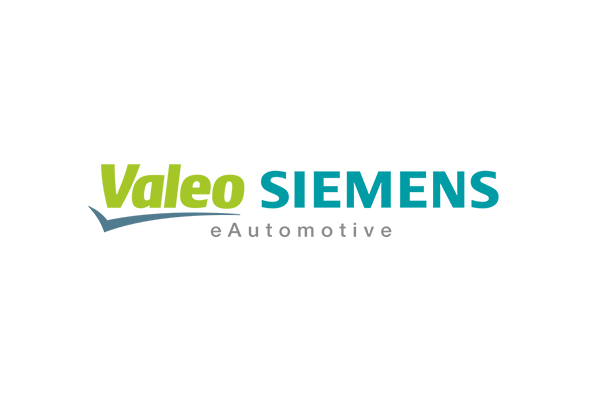 In April 2016, Valeo and Siemens signed an agreement to form a joint venture, named Valeo Siemens eAutomotive (VSeA), in high voltage powertrains for on-road vehicles. With this move, Valeo and Siemens created a global leader for the supply of innovative and affordable high-voltage components and systems for the entire range of on-road electric vehicles. The portfolio includes eMotors, eAxels, Inverters, On-Board Chargers, and other power electronics used by major car original equipment manufacturers (OEMs).

The formation of VSeA was set against the backdrop of unprecedented growth in the electric vehicle market. By 2030, one-third of all new vehicles sold will come with a high voltage electric drivetrain, either as full-electrified or as a plug-in hybrid vehicle. And, Valeo Siemens eAutomotive (VSeA) is helping to drive this growth with new and innovative products developed with Siemens Teamcenter Product Lifecycle Management (PLM) software.

Valeo Siemens eAutomotive is a leading global company engaged in developing innovative drive components for electromobility. Formed as a joint venture by Siemens AG and Valeo, it runs today as an independent company.

Teamcenter PLM software, a Forrester Wave leader, was adopted as the single source of truth for VSeA engineers to manage and coordinate many complex processes associated with designing and building components for electric engines. However, VSeA quickly needed to move off its parent’s on-premises deployment of Teamcenter but did not have the resources to dedicate a full team to managing infrastructure. They quickly looked to AWS Cloud.

With the help of AWS and a local project team, Valeo Siemens eAutomotive was able to cleanse and migrate hundreds of Gigabytes of data and hundreds of thousands of object relationships stored in Teamcenter. The best part was the software was configured, integrated, migrated, tested, and up and running in under nine months!

“It was a remarkable effort considering the volume of data. With the help of AWS, we were able to deploy the Teamcenter environment for VSeA to the AWS Cloud, a first of its kind in Europe, and it’s running for the fifth consecutive year with just a few hours of unplanned downtime throughout the whole uptime.”

In the 5 years since VSeA migrated to Teamcenter on AWS, there has been remarkable growth in both e-mobility and also at VSeA. The company has scaled to 3x its original size while experiencing less than eight hours of unplanned downtime.

“There was no way to know how fast or slow the electric car market would grow, but we needed to be able to grow fast and easy along with it,” said Axel Biedermann. “We started with 600 employees five years ago, and today we have more than 4,000.” In terms of Teamcenter users, that meant increasing from 400 to 1,200 licenses in bursts of activity. “The system has grown with us without any pain points. In the five years over which we tripled our usage, we’ve experienced less than eight hours of unplanned downtime and have only needed a small team of dedicated IT engineers focused on second-level support and demand management,” said Axel Biedermann. “The availability of the servers provided through AWS is awesome.”

Looking forward, the company plans to move more on-premises applications to AWS, so it only has to maintain infrastructure for its production workloads. “For many different workloads and applications, cloud-based solutions today are not just competitive to on-premises options in terms of scalability, stability, and availability—they’re better,” said Axel Biedermann. “Teamcenter on AWS has been great. I would never go back.”

Want to learn more about the Valeo Siemens eAutomotive’s success with Teamcenter on AWS? Click the image below to check out the complete case study on the AWS website:

PLM Conference Preview: Realize LIVE + U2U 2021 April 27, 2021 Session Highlights: Look for PLM best practices, tips and tricks, and the latest software functionality. Register today!
Weight and Balance – Plan, Track and Meet Design-to-Target… August 5, 2021 The weights and balance of your product impact many categories such as performance, safety, durability, reliability, appearance, etc.
A Year in Review: Teamcenter 13.0 and 13.1 January 27, 2021 We’re excited to tell you about some great new additions introduced in our 2020 product releases of Teamcenter 13.0, 13.1,…

This article first appeared on the Siemens Digital Industries Software blog at https://blogs.sw.siemens.com/teamcenter/teamcenter-on-aws-cloud-helps-a-leading-e-mobility-manufacturer-scale/