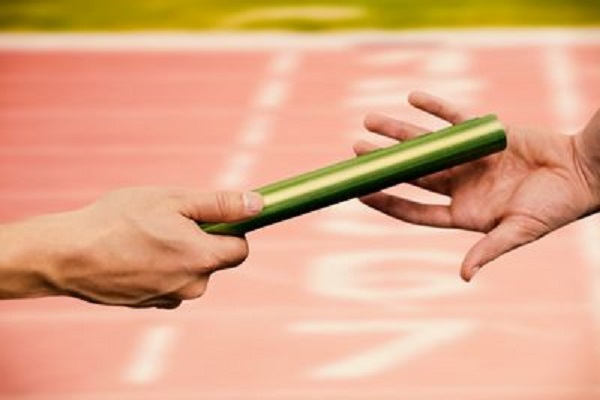 Interface management is a critical team player in the product development race. We all know that interfaces are critical to product success and when interfaces fail, the ramifications on products can be disastrous. As product complexity increases the likelihood of interface failure increases.

When I was in high school, I enjoyed competing in Track and Field. I originally started with hurdling. I was tall, I could run, the event seemed like a natural fit. Running over the obstacles as I approached them I always became timid on the approach and could never quite go as fast as I wanted. Frustrated with my personal performance, I decide to try something new and run in the 4×400 relay. Run only 1 lap? Without anything in my way?? DEAL! With confidence high I ran as fast as I could, leading the start of the relay. Interface failures impact across the product

If you’re unfamiliar, in the 4×400 meters relay you run as fast as you can 1 lap around the track (400 meters) then you pass a baton to your teammate who runs another lap, and so on… with a total of 4 people on the same relay team. Though your individual performance contributes to the team’s success, the most critical point in the race is the hand-off. If you miss the hand-off and drop the baton, it causes a huge impact on your team’s performance because time must be spent retrieving the baton while avoiding impeding of other runners, and returning to where the baton was dropped before continuing the race.

To avoid making this mistake, relay teams practice, over and over the baton hand-off. Practicing how to hold the baton, left-to-right handoff, visual (and non-visual) cues for exchanges. From a systems perspective, really what’s happening is a standardization of interface exchange to achieve the team’s performance goals. Scale it up – a coach noticing what works and doesn’t for one relay team will write down for future relay teams these best practices, defining a common interface pattern to follow for future successes.

There are many news stories covering interface failure such as car ignition failure from heavy key-chains (run to accessory position change), and cars not slowing down (gas pedal stuck due to mat slide)… Not all interfaces are physical either, improper visual signals of being not level have lead pilots to point their aircraft upwards into a fatal stall…

Our common goal in systems engineering is to avoid or mitigate interface failures as early as possible in the product lifecycle. Interface management is all about standardization and controlling interfaces to achieve system success. By implementing an interface management solution in your organization you will better be able to streamline communication, identify the critical interfaces and monitor progress on them.

Teamcenter Systems Modeler in Active Workspace helps manage interfaces with visual definition of your systems along with their points of interfacing, and further elaborating the needs for success. Once your system is managed in Teamcenter, you can monitor the product development at differing levels with a roll-up of the critical interfaces, their status, and who is responsible for them. Manage interfaces for successful hand-offs in product developmentHow many times have you started a project only to have it fail as a result of the hand-offs? Do you feel like you’re losing the race because of interfaces? Perhaps it’s time to start managing interfaces with Teamcenter System Modeler.

This article first appeared on the Siemens Digital Industries Software blog at https://blogs.sw.siemens.com/teamcenter/managing-the-product-development-relay-race/