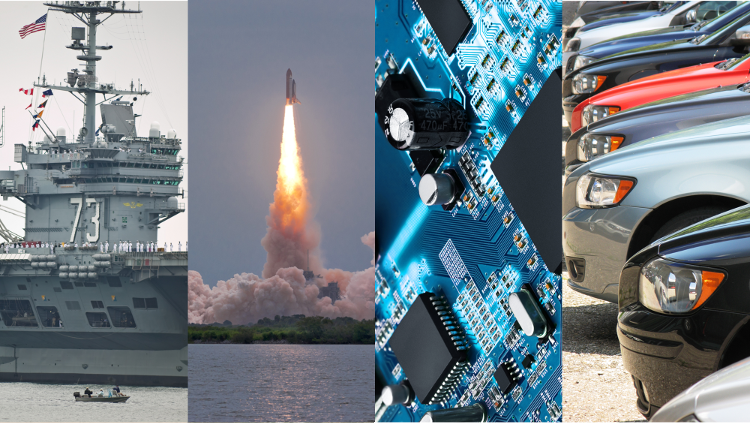 Let’s explore how an Integrated Product Definition can help drive innovation. Learn more by watching this webinar, “Multi-domain BOM management,” as part of our webinar series on strategies to streamline product innovation.

Have you ever watched a ski jump competition? Skiers fly down a giant hill and shoot into the air off a ramp at the bottom. It’s one of the things I love to watch when the winter Olympics roll around.

For decades, athletes would fly down a hill, come off that jump, put their skis together and make a flat board. They tried to “ride the wave” of air as far as they could. This was the standard from the 1920s until the mid-1980s, when a young Swedish man named Jan Boklov forever changed the sport. He found himself attempting a jump on a windy day while dealing with a lower body injury. Unable to hold his form in the strong winds, his skis were forced into a V shape. The result was a longer jump than ever before. The traditionalist ski jump community hated the V style because it was thought to look ungraceful. The judges docked Boklov style points on every jump. But he continued doing this jump and experimenting with different angles. And he began blowing away the competition. On a hill where the average jump was 70 meters, he would fly 90 meters.

Boklov wasn’t the first skier to try this style – others tried without much sucess. Boklov continued refining the technique while weathering tremendous criticism and opposition — and three broken collarbones. But his perseverance paid off. As much as the judges were penalizing him for style points, it wasn’t enough to keep him from winning competitions. His jump ultimately became the standard for ski jumping that the world has been using for the past few decades.

Innovation comes in many forms. In Boklov’s case, what began as an accidental discovery of a ski jump technique led to years of experimentation and refinement that ultimately established a new global standard.

New ideas and technologies that revolutionize parts of our lives or dramatically impact how we approach a challenge are most often a transformative way of combining and expanding existing capabilities.

Innovation is equally important for how you rise to meet the challenges of your customers. You must continually push to stay one step ahead of the competition, and Siemens PLM is propelled by the same drivers to innovate.

This push is the how auto manufacturers evolve from a vehicle captained by a vigilant driver, to one that assists drivers in avoiding hazards and staying safe, to one that drives itself. This push is how photos on film moved to photos on digital devices. But connecting those devices to the Internet revolutionized how we share special moments in our lives.

Much of the recent and ongoing innovation at Siemens PLM has followed some common themes:

This all sounds pretty useful. And this is what we’re enabling today with an Integrated Product Definition. Our customers produce some of the most complex and unforgiving products in the world. These products include aircraft, spacecraft, automobiles, machines, ships, submarines and aircraft carriers. These products that are:

Our customers are being pushed by their own customers to constantly offer greater flexibility and choice. Accommodating these distributed activities and demand for greater choice has a natural tendency to increase complexity for the OEM at every turn. What is Siemens PLM doing to help customers meet this challenge without driving up complexity and cost?

An Integrated Product Definition, or IPD, addresses customers’ increasing complexity by giving our customers the right information to deliberately plan for innovation and re-use. IPD enables customers to answer a number of questions, including the implications of offering a new feature, changing a valve or creating a product for a new market. Customers can also answer questions about new engineering solutions they need to develop, interference clashes they introduce, manufacturing processes that need to change and how to expose and promote a new feature to their own customer base. When the OEM can readily understand the impacts their product decisions will have, they have the ability to deliberately target where to standardize and reuse what they already have. They can now focus their engineering and production dollars on new innovation. With an Integrated Product Definition, their innovation can go further than ever.

We’ve been discussing many aspects of an Integrated Product Definition over the last several months. From configuration management, product variant management, and guided product configuration, to a closer look at master data management, product architecture breakdowns and the future of change management. We recently concluded a series of topics around configurator for total variability management. After some discussions I’ve had with our customers, I’d like to take a different approach and explore IPD from the perspective of real world examples.

Stay tuned for more to come on this topic!

Other discussions in this series include:

An Integrated Product Definition for a consistent Bill of Materials

This article first appeared on the Siemens Digital Industries Software blog at https://blogs.sw.siemens.com/teamcenter/an-integrated-product-definition-driving-innovation/