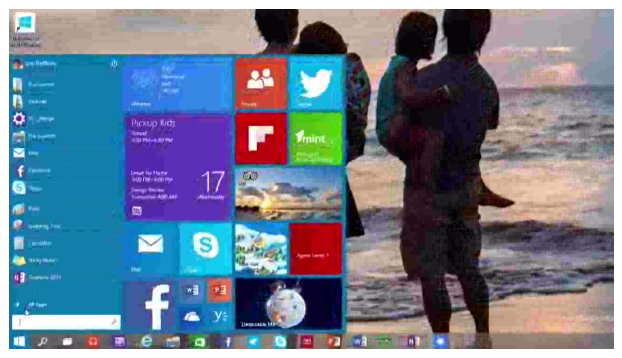 Windows 10? What happened to Windows 9? Ralph Grabowski’s WorldCAD Acess blog includes an anecdote in today’s article on how Windows 10 became Windows 10 instead of Windows 9.

If you’ve gotta be on the bleeding edge, check out the Windows Insider Program, and download and install the technical preview of Windows 10. IT personnel and CAD admin types will want to be ahead of the curve and get a view of what’s coming.

We just recently wrote about the official demise of Windows XP, which may have been the most popular release of all time from Microsoft. Many people still have a hard time being convinced that they need to let go. The  current version of Solid Edge (ST7) is certified for Win7 and 8.

It can be exhausting trying to keep up with all of the important releases in the technology world, but since a lot of people have skipped and are continuing to skip Windows 8.*, it’s important to see that Microsoft it getting it back on track with 10.

As to what’s new, I can’t say, you’ll have to download it yourself or go and read some of the tech blogs. But the big promise with Win10 has been the start menu. Or you might want to check out the video on the Windows Insider Program page link above.

Win8 has been perceived as leaning a little too far into the world of touch computing, and losing track of productivity and the needs of business users. I’ve used Win8 on a touch-based tablet, and it gets a lot of stuff right, but the combination of touch, mouse, stylus, and touch pad that merge the worlds of tablets, laptops and desktops can be a little bit daunting. Sometimes a portion of the familiar interface moves, and that’s I think what most people find frustrating.

Win10 appears to dial some of the extreme changes back a little and make them more useful in everyday computing – even with business-based desktop setups. Multi-tasking appears to be a big winner in this new release, but I’ll let you explore that for yourself. I’ll give more updates on this new OS as it nears release. Meanwhile, chime in here with comments on things you’ve seen that you liked or disliked.

This article first appeared on the Siemens Digital Industries Software blog at https://blogs.sw.siemens.com/solidedge/windows-10-preview-now-available/