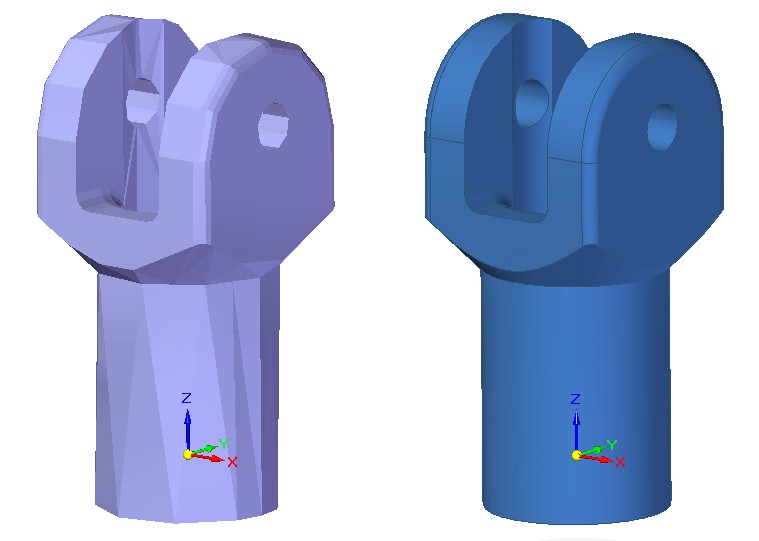 Those of you that follow me on twitter or Google + likely know I have a few home projects running around 3D printing.  Many of you have high end Stratasys or 3D Systems machines at work and know outputting to these machines from Solid Edge has been available for many years and actually works pretty well.

What is changing is that the low cost of the new machines from places like Makerbot, 3D Systems (Cube), and a host of other companies have more people wanting to 3D print from Solid Edge.  It’s great for students who need a physical object and more common for designers to have 3D printers in their office for some basic prototyping.

Below is a simple video I did this weekend for one of my projects on how to create an STL file (the new Youtube functionality is really is pretty handy). Because STL is faceted and unitless, it can sometimes create some confusion the first time it is used:

If you want a little more background on the project, here is the broken joint on the chair my friend brought to me this Saturday (note, if you get a 3D printer, this will happen a lot

The design itself (see video) was something put together in about 30 minutes which I then printed on my SolidDoodle printer (about $600).  Here is a picture of the broken part next to the new version.

The final design worked without any problem.  Here is the assembled part next to a second version that was still working.

This article first appeared on the Siemens Digital Industries Software blog at https://blogs.sw.siemens.com/solidedge/using-stl-to-3d-print-in-solid-edge/