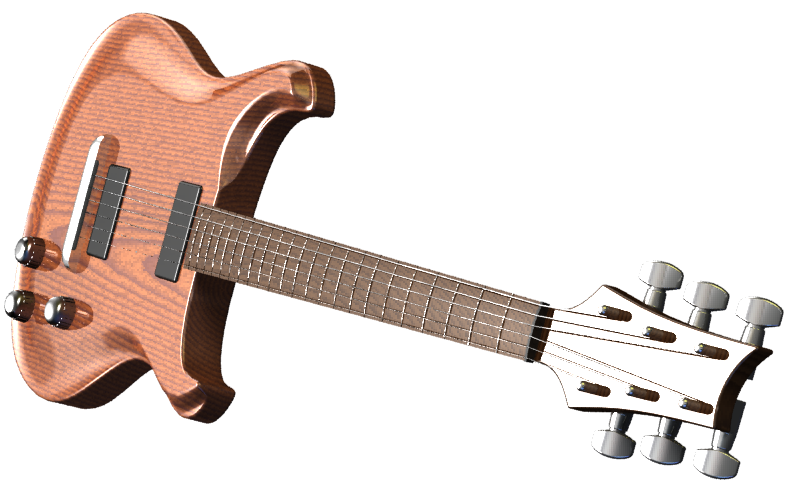 In the same way that it’s unfair to say “engineers aren’t creative”, it’s probably also unfair to try to lump all Industrial Designers into the same mold. I’ve worked with ID folks who could not do 3D, but were fantastic sketchers. Some operate completely with Photoshop. Some think they are in charge of the whole product development process, and some only contribute when called on. The range of what you’ll find working with ID folks is really huge.

The handoff from ID to engineering is important, but again, every company is going to have a different process for doing this. I’ve worked with companies like F*, where all the ID work was done in Alias, and then engineers recreated it in 3D CAD, and 80% of the work was done with surfacing. But I’ve also worked with R* where you get some nice sketches and maybe some less beautiful 3D models, and the engineers either re-use or recreate 3D CAD models

based on the ID input. The engineer is the hub for input from ID, marketing, molding, structural, packaging, branding, and other disciplines, and is responsible for sorting out all of the conflicting requirements and making it all work. At T* (sporting helmets), they have an ID looking over the shoulder of the engineers as they work out the shapes and molding requirements. Sometimes you’ll run into an Industrial Designer who know how to relate to engineers. Of course this makes the whole job a lot easier for everyone. But now and then you may also run into the other type – people who stay in character as Industrial Designer regardless who they are talking to. They don’t make the effort to make sure they can communicate with you, so as engineers, we have to be able to understand some of the language IDers use. If you’ve spent much time with them, you know what I mean. Be ready for things like the color of a CAD model to matter. Know how to “warm” up something. Make sure to use perspective view (and make sure you know that modeling – especially sketching – in perspective view is usually not the best way to go). If you work a steady job and have to work with the same workflow and same individuals for every project, it doesn’t take very long to feel comfortable with the process that your company has worked out. If you’re a contractor, every project is a new learning experience, and your most valuable trait will be flexibility.

On the other hand, if you hire an ID on contract, you should be clear right up front about the process and workflow, and what is expected from them so there is no misunderstanding.

Industrial Design – to me – is a combination of aesthetic and human interactive concerns. It almost always involves some sort of marketing. The last decade has seen an increase in the (over?)use of the word “experience”. It’s essentially about how you manipulate the user’s senses to a certain set of goals. Does this tool feel sturdy? Is it obvious how to start/stop the product? Is it easy to grasp/reach the controls? Does the color appeal to our target market? The ID aspect of this doesn’t necessarily have anything to do with actual sturdiness or whether the buttons are connected properly or nor, just about how these affect the perception of the user. A lot of this is well outside of the realm of things engineers care much about, but we do well to at least understand the goals and work toward them rather than away from them when solving other problems. Some product development processes specify a distinct hand-off from ID to engineering – a bit of the ol’ throw-it-over-the-wall approach. This is ok if you have engineers who are particularly well-tuned to the ID way of doing things.

Other processes might require the involvement of the ID right through until the product goes into detail engineering or manufacturing hand-off.

This post has ranged far afield, so in my next post on the topic I want to get back to something more appropriate for this blog. Some ID folks are real surfacing wizards, so I want to give you a little primer on how to deal with that sort of data when you’re asked to manipulate it or recreate it.

Sophia Valentine cuts a clear path with a CNC plasma cutter… February 16, 2022 Discover how 20-year-old Sophia Valentine uses self-taught sketching, 2D CAD, sheet metal and welding skills to operate a CNC table…
Women in Engineering Day Spotlight: Interview with Yossra… June 23, 2021 Meet Yossra Gherairi, a sales engineer at DigiCAD and standout Olympic fencing champion. She shares with us what it's like…
Solid Edge Startup Spotlight: 120km range, up to 6kg payload… March 7, 2021 Tom Plümmer is the co-founder of Wingcopter, an aviation startup from Darmstadt that has dedicated itself to the subject of…

This article first appeared on the Siemens Digital Industries Software blog at https://blogs.sw.siemens.com/solidedge/translating-from-designer-to-engineer/