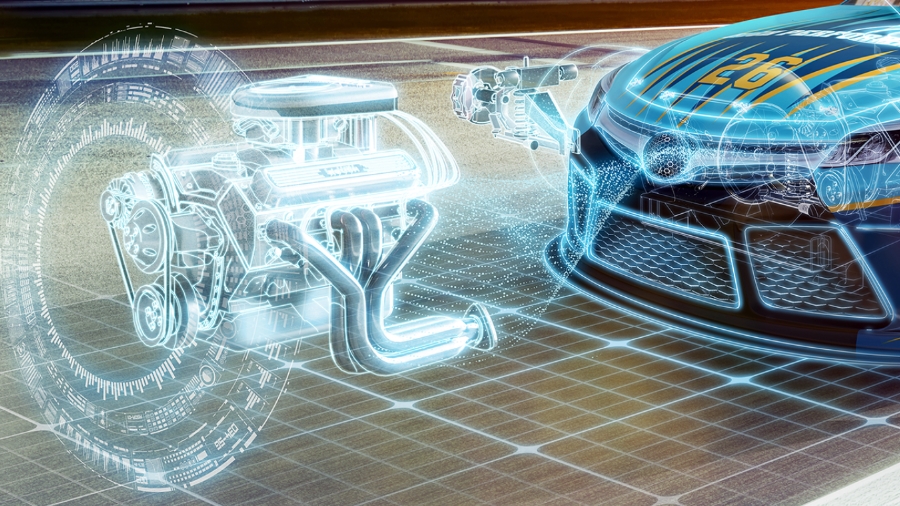 A CAD system’s geometry kernel is the heart, brains, and engine of the application. Kernels act as the bridge between keyboard, mouse and display, and the computer’s processor. The kernel turns complex commands such as “change the dimension of the flange” into machine-intelligible instructions and collects the result for display, through the application, back to the user.

Most computer-aided design (CAD) systems were designed with a specific kernel in mind but can, with time and care, be modified to rely on another kernel for application-to-machine instructions. Each kernel has its strengths, weaknesses, and peculiarities, making a change from one kernel to another difficult on users. In a kernel swap, users must convert part libraries and test connections to third-party programs and other interfaces. Part version control is crucial to highlight that a part is converted but otherwise the same as the legacy part.

In the end, each user team must decide which is less disruptive: Converting parts to take advantage of the new kernel’s benefits or switching to a different CAD package and keeping the same kernel. Each alternative involves risk but also the potential for benefit. Moving to a new tool may change your design department’s trajectory, offering new capabilities and opportunities for growth.

Why should you care about what CAD kernel your vendor uses – and why do you need to know their long-term kernel strategy? This report from the Schnitger Corporation, a market analysis firm specializing in engineering software, explains the importance of the kernel, the costs involved in switching CAD kernels, and the potential disruption and uncertainty an unclear future might cause.

Weighing the benefits of switching kernels

When Schnitger Corporation – a market analysis firm specializing in engineering software – first looked at the costs of switching CAD kernels a decade ago, they profiled a company that had a backlog of more than 20 years of legacy designs to refresh.

Faced with this reality, the company could either find copies of the old software (and the hardware to run it on) or convert the parts to a new format and use a modern CAD system to move the designs forward. Old CAD on old hardware was a non-starter, leaving migrating everything to a new CAD system. But what to convert to?

They already used SolidWorks in part of their business and considered moving the legacy parts to that platform. One big problem: Many of the newest features in SolidWorks rely on the Dassault Systèmes 3DEXPERIENCE platform. The traditional desktop version of SolidWorks is built on the Parasolid kernel, a geometric modeling kernel owned and developed by Siemens Digital Industries Software, which can be licensed by other companies for use in their 3D computer graphics software products. On the other hand, the 3DEXPERIENCE platform uses the CGM kernel. The company’s reliance on two kernels led many users to worry that building parts in SolidWorks will eventually mean a wholesale conversion from Parasolid to CGM.

This raised a big question: if they were to migrate everything today, would they have to do it again in a few years?

You can learn more about this company’s decision-making process in The Hidden Cost of Kernel Change – a report published by Schnitger Corporation. In the report, you’ll learn that converting from one kernel to another can be extremely challenging. If there’s an opportunity to avoid a kernel change, you should definitely investigate this possibility.

The company featured in the Schnitger Corporation report decided that it couldn’t afford the risk, disruption, and uncertainty an unclear future might cause. That’s why they chose Solid Edge, which also uses the Parasolid kernel. Sticking with the same kernel simplified moving Parasolid-based models from one CAD tool to another. At the same time, Solid Edge with Synchronous Technology enabled the team to create usable models from their old parts quickly. How they came to this decision offers valuable insights as you consider your CAD options.

The ROI of Solid Edge

Still curious about how changing your modeling paradigm can really impact your bottom line? Wondering whether something as simple as improving drawing creation can increase your return on investment? The impact is probably bigger than you think. Try out the Solid Edge ROI Calculator to quantify exactly how much Solid Edge can help improve your business. You can also start a free 30-day trial of Solid Edge to try it for yourself.

Solid Edge 2022 Launch Recap: A CAD Expert's First Reactions… October 15, 2021 Read CAD software expert Tushar Suradkar's recap of the Solid Edge 2022 launch and what he has to say about…
Solid Edge Startup Spotlight: Flying through virtual worlds… March 10, 2021 During his time at the MIT Media Lab, Patrik Künzler came up with the idea of developing a chair that…
Grown-Up Hack: Ewake's Peter Ruwe December 21, 2022 On the latest episode of Grown-Up Hack we had the pleasure of interviewing Peter Ruwe from EWAKE, the creator of…

This article first appeared on the Siemens Digital Industries Software blog at https://blogs.sw.siemens.com/solidedge/the-hidden-cost-of-swapping-cad-kernels/