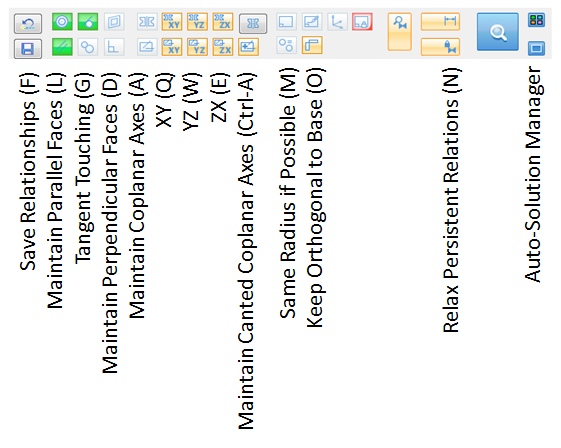 Solid Edge provides no end of potential topics for blog articles. Finding a topic I like is not a difficulty. Narrowing it down to just one idea is probably the hardest part. The next hardest part is avoiding my own inclination to gravitate toward (and away from) certain topics. There are a couple of topics that have been conspicuously absent from the articles I’ve written to this point. One of them is obviously drawings. I’m trying to build up to my first Solid Edge draft article, but I keep finding other things in part and assembly modeling that interest me more.  I know I have to talk about drawings, but I just haven’t found the right way to get started there. In my freelance work, I rarely created drawings. The parts were highly 3D, and the next step in the process was building a mold. Sometimes I would do a drawing just to get a mold quoted. I promise, I will get started on some draft articles, but not today.

Today, I’m going to cover the other topic that I’m sure some have been waiting for – Live Rules. To be honest, I’ve kind of avoided Live Rules, just because I didn’t feel I was ready for them. I think when you start learning, you can use the Steering Wheel for simple stuff, but you might do better to establish design intent with PMI (dimensions on the 3D model), and Face relations. Those concepts are more static, and if you’re coming from a history-based background, I think applying dimensions and relations to the 3D model is an easy enough conceptual leap. Live Rules is maybe too much for a beginning user to bite off.

Live Rules makes assumptions about your model. We all know that assumptions can easily be wrong, but these are right often, and for the times when they aren’t it allows you to turn off the ones that are wrong.

For example, if the faces of your model start out perpendicular to the base planes, Live Rules by default assume that you want to keep them perpendicular. If that’s not the case, you can turn that rule off. And there’s even a hotkey for that.

If a hole is concentric with a boss, Solid Edge assumes by default that during any change you make you will want to keep the hole concentric with the boss. So in this situation, you can move the boss or the hole, and they will move together. There is no parent/child limitation for which one has to be edited. If it turns out that you want to make the hole off-center from the boss, then you can turn off that rule.

In Solid Edge Synchronous Technology, the design intent is created by the faces that you select to perform your edit. Yes, the design intent is created by the faces you select.  What Live Rules is really doing is helping you to select faces. So if the Maintain Concentric Faces rule is On, then when you select a face, Solid Edge automatically selects all the concentric faces as well. And then you might move all of those faces one direction or another, or you might tilt the faces in a particular direction. This is why you can make edits in Solid Edge that you would probably not even consider in Works. Not to say you couldn’t do them in Works, just that it would be one step in Edge and maybe 4 steps in Works. Look at this part to the right. Without measuring exactly, what kind of relationships can you assume? The hole is concentric with the rounded end. The sides are parallel. The base faces are coplanar. All rounds are tangent. The side faces are orthogonal to the main faces. If you change the model with those assumptions, you’re doing just what Live Rules does. So if you cancel one of those assumptions, like the parallel side assumption, and then move the hole, you’ll get a part shaped like this: Notice at the bottom in the Live Rules panel, that the green items are the rules that are turned on and being used. The red one is one that is turned off, and would effect the result if it were on, and the orange onesare turned on, but they are not having any effect.

So right now we are only using the Concentric and Tangent rules. Parallel is turned off, so the sides that were parallel in the image above are no longer parallel because I told Solid Edge not to include the parallel faces.

If you turned the Parallel rule back on, the edit looks like this: The Live rules icons on the panel are (in rows, top, then bottom): As you can see, there are a lot of rules. More than you might have thought, and it might be kind of tough to imagine what some of these rules do. There is no doubt that Live Rules is a subject that varies from the very simple (concentric) to the more esoteric (Canted Coplanar Axes), and you should approach it that way. Don’t try to use all of these rules the first time you jump in. I think it’s best to start simple and work your way up with these things. You will eventually be a master, or maybe you’ll never need more than four or five of these.

In an earlier article, I wrote about the best way to use Synchronous Technology. I wrote that I thought using PMI dimensions first, then face relations is the best way to start. Once you have a good grasp of those, move up to Live Rules. Remember that fillets and rounds change the whole ballgame when it comes to Sync and Live Rules. This is why I recommend rounds be made at the end of the tree as Ordered features rather than Synchronous features.

Anyway, I’m going to have to come back to this topic, as this article is too long already. Next time we’ll work with some more complex examples, and start using more complex Live Rules.

PS: In case you haven’t guessed, reader comments make blog posts more valuable. I encourage you to comment on this, even show examples of why you might disagree with something I said.

This article first appeared on the Siemens Digital Industries Software blog at https://blogs.sw.siemens.com/solidedge/synchronous-technology-and-live-rules/