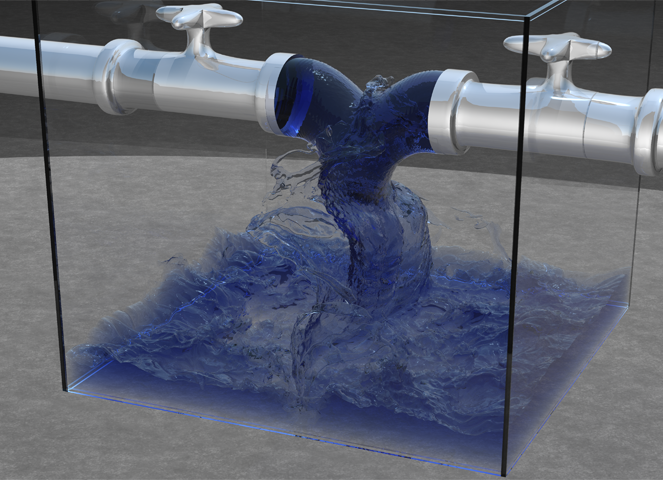 Interoperability has been a thorny issue for people who work in multi-CAD environments ever since the second CAD system was developed. CAD users are typically technical people, and we tend to roll our eyes when business types get involved in making decisions about our tools. Interoperability has been one of those areas where business decisions have typically had a profoundly negative impact on the industry as a whole. When one CAD system cannot work with data from another system, everyone loses.

Interoperability has become a bit of a drum beat in the background of the overall CAD discussion led by analysts, or industry insiders. If you do a Google search on “CAD interoperability”, the one name you will come across more often than others is Evan Yares. Evan has done a lot to promote the user’s point of view when it comes to this topic.

Sometimes when we talk about Synchronous Technology, we get so caught up in it being the next big thing in CAD ease-of-use and power that we tend to overlook what a coup it is in the interoperability realm as well.  When you have the ability to treat imported data as if it were native, suddenly interoperability becomes less of a dirty word. While full-blown Solid Edge might be a bit overkill to use only as a translator/editor, you could use a less expensive package like 3DSync to do that level of work for you.

Another level of benefit you get from technology like Sync Tech has to do with software version levels. Especially in history-based software, the intelligence for your design is “programmed” into your history tree, you lose a great deal of valuable information simply by changing the format of your data. The format changes every year. So moving from XX13 to XX14 and saving the data means that the XX13 version of the software can no longer read the XX14 version data. Sharing information back and forth with external vendors or even people within your own office who have different versions or different brands can be nightmarish, even though it’s a definite reality that many engineering offices have to deal with on a daily basis.

If vendors wanted to do something serious about that, they would. It’s a business decision that they have made – a question of will, not a thorny technical issue that it is sometimes made out to be. Anyway, with Synchronous Technology, sending the data back to an older version doesn’t really lose much information at all. In fact, you could send a Parasolid from XX14 to Solid Edge ST6 and wind up with as much design intent information in Solid Edge as you had in the original CAD system.

To me, this signals that the business decisions being made that drive Solid Edge are much more focused on the user than the business decisions that tend to be made at the expense of the user at other vendors. That’s comforting, and is just one factor that should make you feel good about your investment in Solid Edge as a technical tool that you use to help power your business.

This article first appeared on the Siemens Digital Industries Software blog at https://blogs.sw.siemens.com/solidedge/synchronous-technology-and-interoperability/