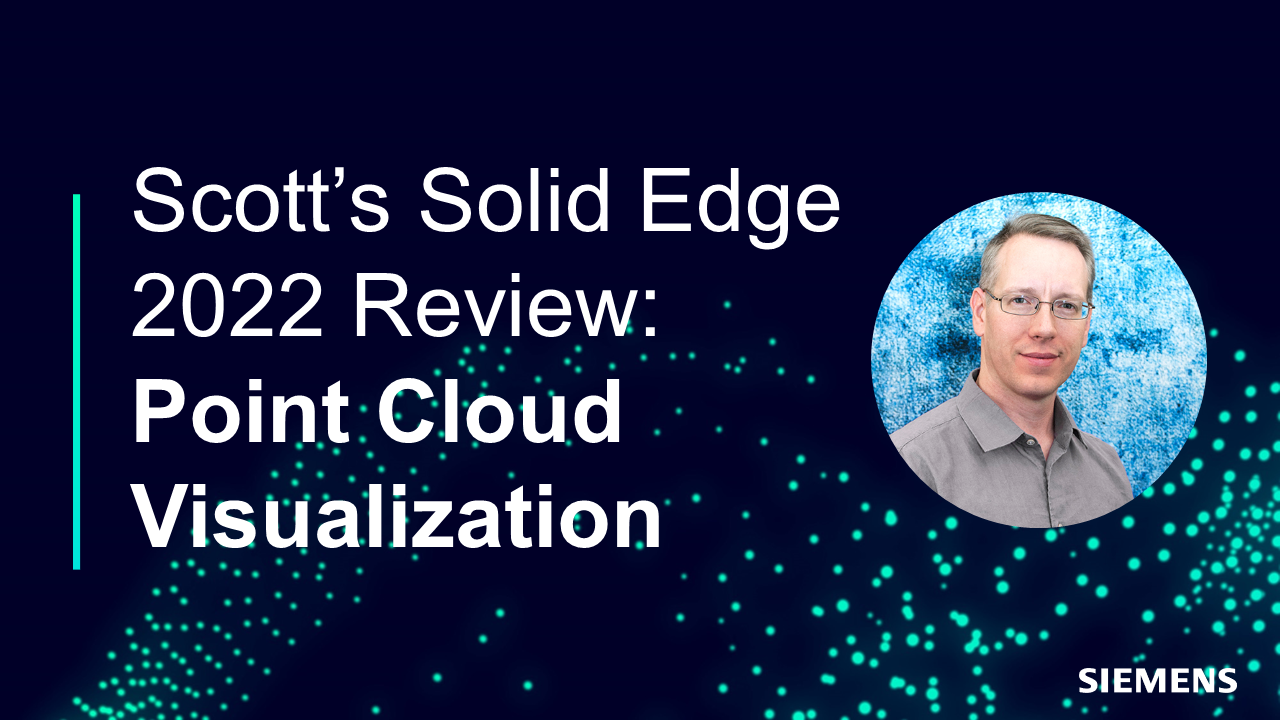 Editor’s Note: This article is the second in a series of articles independently authored by Scott Wertel, a design engineer for Aerospace Research and Development Group, LLC.

Groundbreaking, and I don’t say that lightly

This is a quick article. I wanted to cover point cloud visualization because it’s not quite the whiz-bang feature that gets most MCAD users excited, so I doubt you’ll see it discussed in many places, but it is incredibly important, nonetheless. So please, sit back and let me explain why this is both so important and amazing.

BIM is still decades away

I worked in the AEC industry for a short time. We had a BIM department. Coming from a career in aerospace and defense where we modeled everything down to the last fastener, I couldn’t understand why BIM was taking so long to be adopted within the AEC industry. The benefits are clear. Where’s the resistance?

I’ll save you the diatribe on culture and liability of design-build. Understand that even if BIM was adopted tomorrow by 100% of the AEC industry, there is still centuries of as-builts that have very little documentation. The built environment has as much to do with craftsmanship and trades as it does with design and engineering. And let’s be honest, many of those trades despise engineers and do a terrible job of documenting what it was they built. They’re builders, after all, not paper pushers. The value of BIM is only starting to be understood, and it is decades away from being adopted as standard practice, in my opinion.

Which brings me to why this is so important – reverse engineering. There is a significant benefit and need to reverse engineer the built environment. For example, the first step in renovating or remodeling a building, or moving equipment within an existing building, is to document the current condition. Because the original plans may have been lost or because undocumented modifications may have been made, the first step is to often reverse engineer the built environment: space constraints, utility runs, other equipment, and tools, etc. How does one document the as-built environment? With 3D scanning (LIDAR and photogrammetry).

The result of 3D scanning is a point cloud model, model being a loose term. These models are compute and visually intense, eating up your CPU and GPU. And since they are not true solids models, like a b-rep or other mathematical entity, they typically don’t mix well with mathematical solids or surface geometry as found in an MCAD system. Merging these two disparate entities into the same environment AND being able to interact with both is, to me, astonishing.

Groundbreaking, and I say that with confidence

To take a point cloud of an existing facility and to be able to drop my machine design into that facility is the best definition of digital twin that I can think of. To be able to not only visualize the location of equipment installation within a facility, but to be able to walk through it and determine fits and interferences puts my paper cut-outs of yesteryear to shame. To be able to do that within my MCAD system so I can design around the existing facility is unheard of. (I think there may be one other application that does something almost similar.) This is groundbreaking and, in my opinion, is one of the missing steps to creating a true digital twin.

To learn more about what’s new in this release, visit siemens.com/solidedge2022.

Scott Wertel, P.E. uses many different CAD tools in his role as a design engineer for Aerospace Research and Development Group, LLC. He comes from a family of builders, but prefers designing what’s in the facility more than the facility itself.

This article first appeared on the Siemens Digital Industries Software blog at https://blogs.sw.siemens.com/solidedge/solid-edge-2022-user-perspective-point-cloud-visualization/