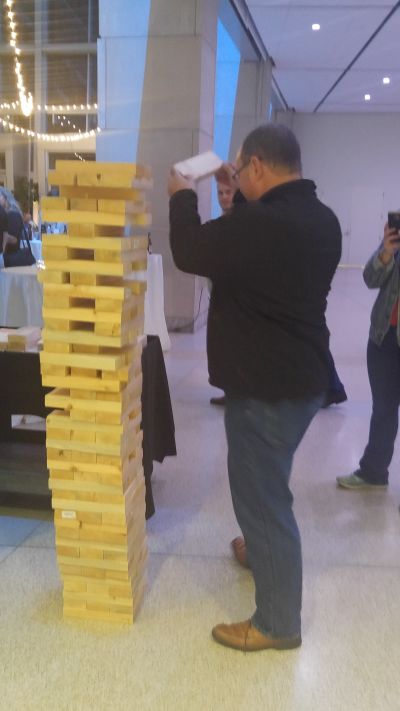 SEU day 2 was full of news.John Miller reminded us of why we do what we do. We make better software so you can get your job done faster. Simple enough. Early on, Dan and his demo team went through the features that were added in ST9, since a lot of people have still not started using the new functions yet. It was a good reminder. The big reveal is tomorrow, when Jeff Walker talks about ST10. You’ve gotta come back for that. I’m kind of excited about some of the new stuff that will be announced. Definitely come back tomorrow.

Bill McClure announced his retirement, coming up in December of this year. He was presented with a first edition original Solid Edge box for the shipping product. We also had a cake for him later on at the museum party. And then of course Bill cut the cake. 31 years with the organization, going back before the Solid Edge product itself. Congratulations, Bill. Visits to the office won’t be the same when you’re not there. We also had some other fun at the museum. Some excellent food and drink, as well as Giant Jenga.

The culmination of the rendering contest was tonight. The winners announced.

First prize goes to Fiorini and his scooter.

Second prize goes to Ricardo Espinosa and his hotel room.

Third prize went to Teemu and his glowing tube amplifier.

This article first appeared on the Siemens Digital Industries Software blog at https://blogs.sw.siemens.com/solidedge/seu16-day-2/