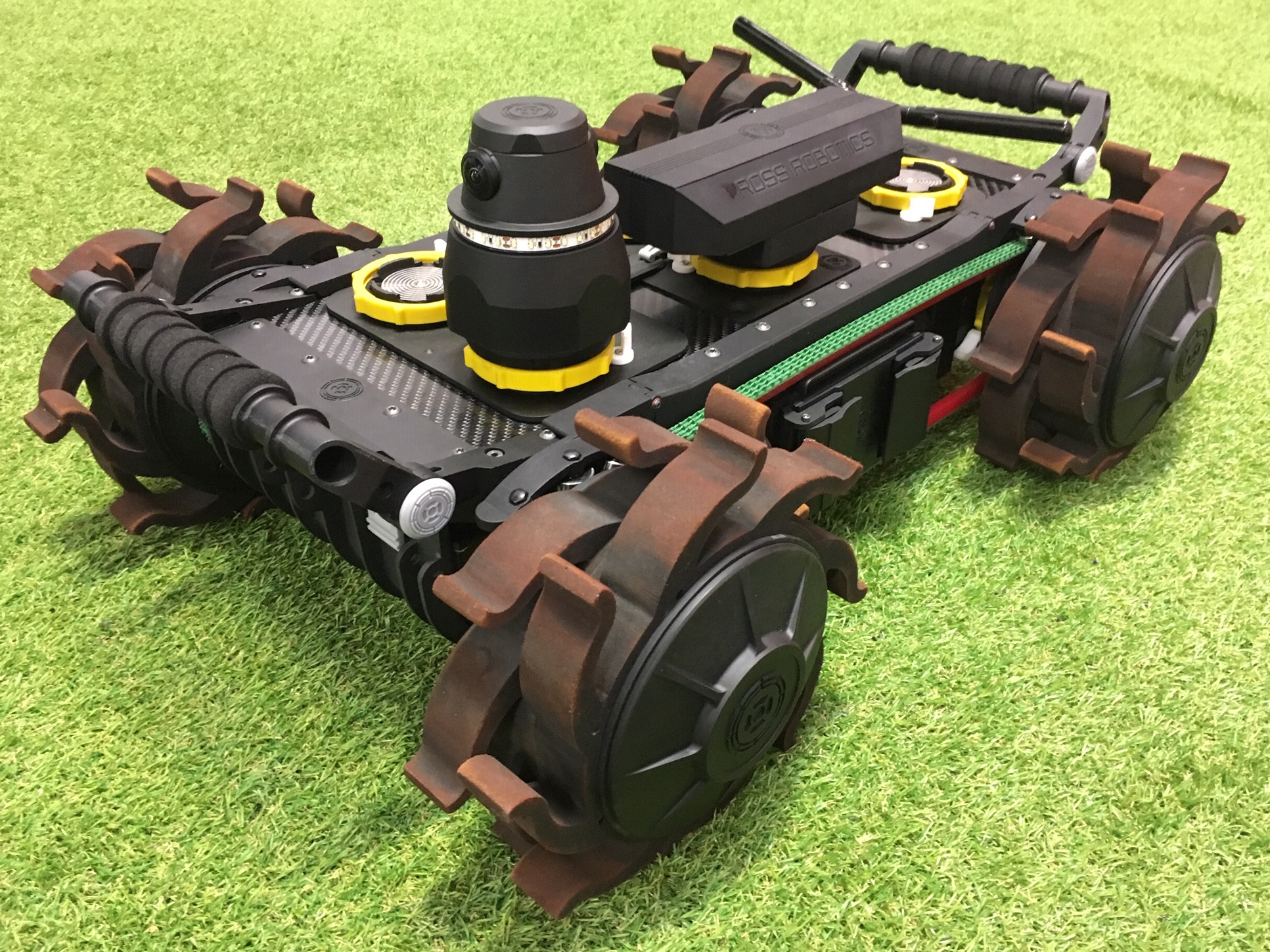 Ross Robotics in the UK is a fast-growing developer of modular robots that are used for inspection and maintenance operations in a variety of industries. In a recent interview with Philip Norman, co-founder and director of research and development, we discussed their development of a new type of connector. Philip describes the challenge they faced: ”We needed a means of connecting robot modules to one another that would provide both a robust physical connection and reliable power and data connectivity. Our robots are made up of modules that can be reconfigured to make different types of robot to perform different tasks, so the connector between the robot modules is a critical design feature.”

Some of the requirements for the connector include:

One interesting thing I learned in my conversation with Philip is that reliability is a major issue for robots that are deployed to perform a variety of tasks, often in uncontrolled environments. “We have seen data that showed a mean time between failures of just 30 minutes for some robot deployments. We spend a lot of time thinking about the robustness of our systems and building in redundancies and support for self-healing. For example, if a single drive motor fails the robot can still maneuver and perform necessary tasks.” The connector is a prime example of a design challenge where reliability and robustness are major considerations.

Philip has come up with an elegant solution to meet these requirements. The “Slimline” connector is comprised of two discoid plates with coaxial ridges that engage with each other in a cone-to-cone mating configuration. He used Solid Edge 3D CAD software with synchronous technology to precisely model the subtle cone geometries that would ensure reliable transmission of power and data. Philip said, “Synchronous technology enabled me to rapidly experiment with different parameters to find the sweet spot for the cone geometry. Using a history-based modeling system would have made this very onerous, and I probably would have tried fewer options, which would have meant a less thorough exploration of the critical parameters.”

The two halves of the connector are created from just two parts. The total mass is 20gm, and the mated connectors are less than 8mm deep. The connectors are 3D printed, then selectively metallized to produce a sequence of conductors and insulators. The same device conventionally manufactured would require between twenty and thirty separate parts and a lot of assembly. When they move to higher volume production, Philip plans to use injection molding for the manufacturing process.

The connector has been tested informally to demonstrate that it can carry 20 Amps continuous; it will next go through formal testing. The Slimline connectors are installed with a plug and socket arrangement that ensures a progressive interference fit and an easy locking action using a threaded collar for tool-free connection. Philip has also developed an actuated locking device to support one of the challenging goals of their modular robot system, enabling robots to build robots.

You can read a complete case study about the design of the Robosynthesis® modular platform using Solid Edge here.

Driving digital transformation in robotics engineering September 21, 2021 Robots are without a doubt an integral part of the future of manufacturing. But robotics manufacturers face several challenges, such…
Solid Edge Startup Spotlight: Flying through virtual worlds… March 10, 2021 During his time at the MIT Media Lab, Patrik Künzler came up with the idea of developing a chair that…
Solid Edge 2022 Launch Recap: A CAD Expert's First Reactions… October 15, 2021 Read CAD software expert Tushar Suradkar's recap of the Solid Edge 2022 launch and what he has to say about…

This article first appeared on the Siemens Digital Industries Software blog at https://blogs.sw.siemens.com/solidedge/new-connector-design-improves-robustness-and-flexibility-for-a-modular-robot-system/