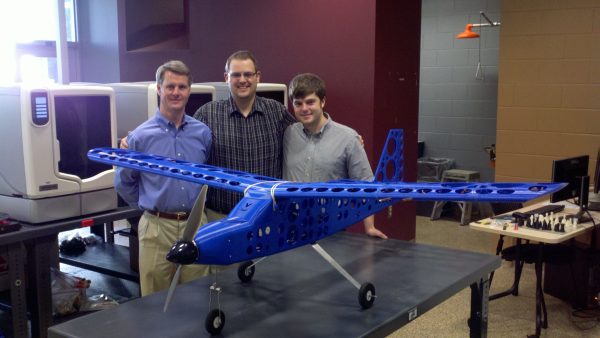 If you’re within driving range of Detroit in the next week, you might consider going to the Detroit Maker Faire. It’s held July 26-27 at the Henry Ford museum, which is a destination in itself. You might see some familiar faces while you’re there, among them Ali Kermani, the Solid Edge University 2014 keynote speaker and skateboarder turned inventor. Ali will be there showing off his Crazy Cart. The Crazy Cart – the center of Kermani’s story at SEU – is a kid’s drifting electric go-cart. At SEU14 they also showed off an adult version of the cart, so you might see something like that there as well.

artisans – basically any act where design intersects building. The movement has benefitted greatly from the huge increase in the 3D Print industry. Detroit is of course the former center of automotive “making” in the US, and is now itself in great need of re-making, possibly even greater than the need to rebuild New Orleans after Katrina. This event is expected to attract up to 25,000 people, and can certainly play a part in helping Detroit get back on its feet again.

Siemens PLM Solid Edge has become a sponsor for the Maker Faire event, along with the Ford Motor Company, and others. Innovative ideas come from individuals, and the Maker Faire event is very much about showcasing individuals, their ideas, and skills. This is central to putting the manufacturing industry front and center, and creating stable, rewarding jobs for people. Kermani’s story dovetails with the Maker Faire story very nicely. You might remember from an earlier post that Ali had some struggles creating a mechanism that was simple enough to produce cost-efficiently, one of the shared struggles with countless other amateur and professional inventors that will be on display and attending the show. Part of the reason that the Crazy Cart story was so compelling was not just that we had an adult designing toys for kids that are obviously a lot of fun, but also because he had to negotiate not only the technical challenges of getting the design to work, and be crazy fun on top of that, but he also had to meet the less exciting but even more important business requirements.

Before I joined Solid Edge, I was an independent consultant working with individual inventors. I was helping them solve the design and design-for-manufacture problems that came up. Often that turned out to be the easiest problem they had to solve. After the CAD and design issues were done, they had to move on to figuring out issues such as sourcing, assembly, packaging, distribution, and so on. If you’re working with an established company with established products, sometimes you take all of these extraneous issues for granted. But when you have to build a product and its infrastructure up from nothing, you’ll have a better appreciation for what these inventors, tinkerers and hackers have to go through to try to get a product on the market. A side story to all of this making is the incredible rise of 3D print. I created my first very fragile stereolithography models back in the mid-90s. Materials and processes have come a long way since then, and the parts are more practical with fewer limitations. This, along with great advances like Synchronous Technology that make CAD accessible to less specialized users makes it possible for many people with a mechanical inclination to both design and manufacture mechanical parts at home using only a computer and a 3D printer which costs less than a good CAD computer.

While you still can’t use a 3D printer to create parts with the strength of steel, the polish of brass, the toughness of polyurethane, or the transparency of glass, it’s a lot easier these days to make instant functional replacement parts. Advanced materials are still very expensive, and machines that can use those materials cost several times the consumer machine prices. These facts conspire to keep additive manufacture from being a cost-effective solution for mass production at this time. But for one-offs, or for prototype runs, or applications which are not sensitive to piece-part prices, it can be ideal. While Maker Faire is probably intended more for hobbyists, professional designers and those who have to create functional prototypes with limited resources may also find a lot of value there. And of course anyone interested in tinkering around to create/fix/improve things will obviously appreciate much of what’s on tap.

I think this is a great type of event for Solid Edge to sponsor. Between the monthly subscription to various levels of full-blown Solid Edge, the , the less expensive 3DSync version, and of course the Free 2D Drafting there are a lot of options for just about everyone from hobbyist to professional model maker.

If any Community members find themselves at the Detroit Maker Faire, make sure to stop back here and let us know your thoughts on the event.

This article first appeared on the Siemens Digital Industries Software blog at https://blogs.sw.siemens.com/solidedge/maker-faire-ali-kermani-and-solid-edge-together/