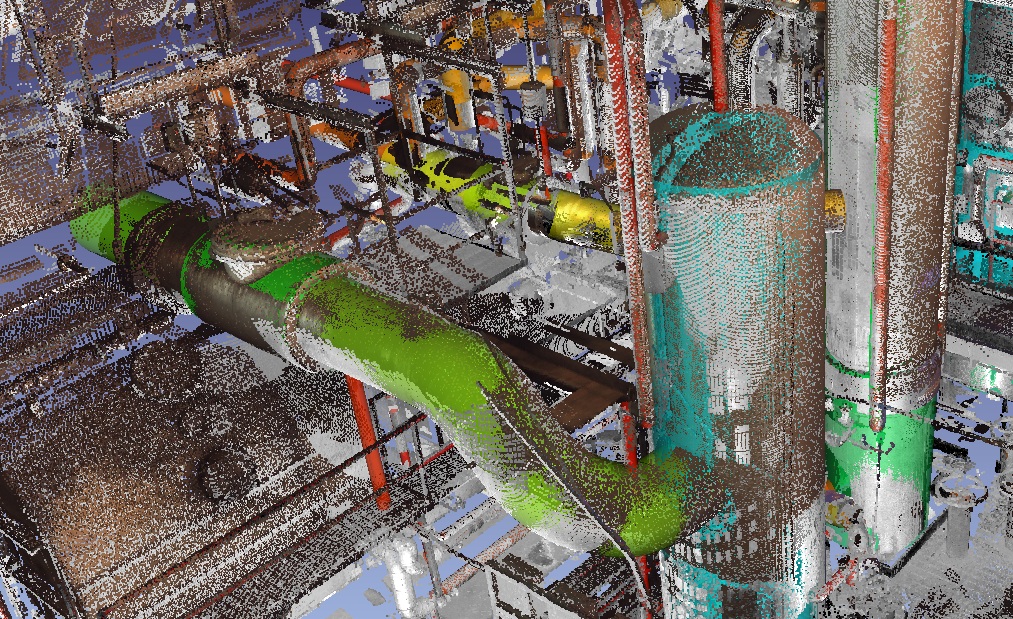 CAD in the Cloud. It’s a topic I thought I’d never return to. It’s a topic that won’t go away, although the context in which you hear about it these days is changing. I want to look at CAD in the cloud from my usual point of view – that of the CAD user. In Solid Edge circles, the CAD user is often very close to the person making the purchase decisions.

The fact that there are so many different needs means that there is a lot of room for different products. No one product is going to answer the needs of the entire market. CAD is a technical solution used by engineers and designers. It’s graphical, geometrical, spatial software, but the context in which it is being used matters. As does who is using it.

The cloud is something entirely different. The cloud has nothing to do with CAD, really. The cloud is all about how you deliver the software, and/or about how you store the data. It’s IT. There was a time when all CAD software was delivered across a network to individual terminals, and the data was stored centrally. People about my age who remember this sort of thing generally refer to that as the “bad old days”. Working on terminals that had to log in to a mainframe was inconvenient. If the mainframe was down, no one could do anything.

The personal computer (PC) revolution was such a big hit because it gave you more flexibility. Everyone had their own computer. It took us out of the collective, and made us individuals again. In the mid 90s, along with Windows NT, this meant that we could start using our technical engineering applications on PCs, which were far less expensive and restrictive when compared to mainframe setups.

“CAD in The Cloud” promises to send us back to the mainframe/terminal arrangement. Whether it’s a local cloud, on your company’s LAN or a public cloud on Amazon or IBM, or a private cloud you access over the internet, it’s the same idea as the mainframe/terminal. But is it a good thing, or a bad thing?

There are a lot of advantages of CAD in the Cloud. It takes less effort to administer, because all of the install, update, and hardware concerns are centralized. Well, except the access, which requires high bandwidth everywhere you want to run CAD. Because of the issues with ubiquitous bandwidth requirement, this advantage is kind of nullified. Especially since even a Microsoft Surface tablet hybrid has enough power to run full blown Solid Edge. So you can take your Surface fishing in Hinton, West Virginia, where there is no 4G, no wifi, no high-speed internet connection of any kind. And still get work done. And of course fish.

And then there’s the Cloud’s advantage of not needing high end hardware, because all the heavy computing is done centrally. Except that the one thing you really need to run CAD is a big monitor or multiple monitors, which unfortunately can’t be handled centrally.

And finally, the storage. You know, keep your company’s CAD data in a location accessible from anywhere in the world. Storage space is cheap. That means two things. It means companies that want to store your data are going to spring up like weeds, and storing it yourself will be cheaper than ever. If you’re accessing any of that data from a mobile device, you are paying to access it over and over again, due to the data caps on mobile access. Storing music on the cloud is a little pointless, even if the cloud storage is “free”. You’ve paid for the music, now you pay to upload it, and download it every time you listen to it. Will this model work on a corporate scale, or even for a small business? Or even an individual on a budget and a keen sense of when he’s paying too much?

There are two articles that I would like to point out for you. The first one is by Robert Green, the guy who writes a lot about CAD management of Autodesk products. It’s worth noting that Autodesk is one CAD vendor that either has or has not (depending on who you hear tell the story) claimed that all of their products will be accessible only from the web one day. They currently deliver CAD in the Cloud with Fusion 360.

Robert Green doesn’t seem very optimistic about CAD in the Cloud for most businesses. “Until the business and technical issues around renting cloud-based CAD software are 100% resolved, this option will continue to be rejected by most of the market.” For someone so closely tied to a vendor with such cloudy ambitions, that’s a pretty strong statement.

And finally, I was reading the news this morning, and found an article on the Dell website about how CodeSpaces.com, a code-hosting company lost all of their customer’s data (and backups) due to a breach, and were out of business within a day.

For all of these reasons, I like the approach that Siemens PLM has when it comes to the cloud. Solid Edge does not appear to have any cloud aspirations at this time, but there are versions of enterprise software that will allow for local cloud set up. Giving the customer the choice and the control without coercing them is the right thing to do.

CAD in the Cloud may be the right thing to do for businesses that are not trying to keep data private. But I’m going to guess that’s a minority. There may indeed be a market for what industry sees more and more with each passing week as generally a bad idea, but it’s going to be a small niche. The more I see what the rest of the industry is learning, the more I’m confident that Solid Edge is on the right track and making the best decisions in this area.

Developing tomorrow’s engineers: Siemens partners with ReDI… September 14, 2021 Amid the pandemic, digitalization has become more important than ever. We've come to realize that digital skills have become critical…
Problem solving vs. finding answers starts in high school May 24, 2022 Engineering has been a major in universities for centuries, but for as long as humans have been on Earth, we…
Solid Edge 2022 Launch Recap: A CAD Expert's First Reactions… October 15, 2021 Read CAD software expert Tushar Suradkar's recap of the Solid Edge 2022 launch and what he has to say about…

This article first appeared on the Siemens Digital Industries Software blog at https://blogs.sw.siemens.com/solidedge/is-it-time-to-revisit-cad-in-the-cloud/