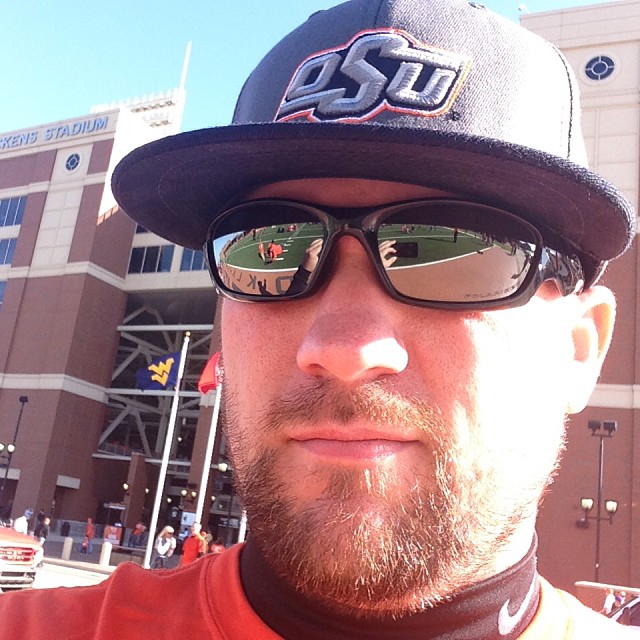 Jason Newell is an important part of the Solid Edge community that some of you may not know. He’s actually not even a Solid Edge user, having admitted to me that he’d struggle to even make a box. He’s a programmer who has gone the extra mile to help Solid Edge and its customers.

This is his story in his words. I think you’ll find it especially inspiring, particularly his story about his high school guidance counsellor.

I got involved in Solid Edge programming in about 2000. I mentioned this a little on my opening blog on the Siemens site. Back in the day, Solid Edge programmers needed a better way to collaborate. From 2000-2004 we were working in the news groups. In late 2004, I decided to go ahead and create my website JasonNewell.net for several reasons. The domain name gave me a little self-promotion, but it also gave me the opportunity to create forums for the Solid Edge community. I ran the forums for about 8 years. I was really blown away at how successful it was, considering the Solid Edge developer community is relatively small compared to Solid Works, my website was pretty busy, and had a lot of traffic. I did it for two reasons, I did it for myself to get my name out there, and to get recognized and opportunities to help Solid Edge customers. For me it was a lot of work. It got to a point toward the end that I got so much spam, and I wasn’t really doing a very good job. I had so much I was trying to do that keeping the site going kind of got put on the back burner. My intention when I created the community forums was never to keep it there. It was more of a proof of concept to show Siemens that the demand was there, and that they should do this for themselves. We need this. People will participate. “Build it and they will come” sort of thing. After eight years, they decided to go forward with it, and I helped out. I wrote all the migration code to move the content from JasonNewell.net to the new Siemens community forum.

I wanted to step back and allow Siemens to take over the work of maintaining the forums for several reasons. Obviously, it reduced work for me, but I always thought that the forum service really should come from them (Siemens) rather than from me. I’m just a customer through my company. Putting the Siemens and Solid Edge names on the site really carries a lot of weight. Back in 2005 I was doing consulting for partners and customers of Solid Edge all over the world. Having the site was important for me as a form of advertising. In the year ST was released, I finally convinced Dan Staples to hire me as a consultant so that I could work on the SDK (software development kit) writing documentation and examples for Solid Edge partners and customers who wanted to do programming around Solid Edge. Siemens didn’t really have the resources with all of the other development that was going on to handle the documentation and examples for the SDK internally, so I was like “fine, let me do it”, because it was work that really needed to be done. “Let me help you”.

So I did that for several years. Eventually I got an exclusive contract so that I didn’t have to go out and find other work, so now all of my consulting time is dedicated to Solid Edge. I’ve worked with them long enough that they trust me, and they send partners and customers my way for one-on-one help. It’s not uncommon for me to be helping Solid Edge customers and partners all over the world at 3 in morning over Skype. For people who need one-on-one help right now with programming, GTAC isn’t always the best option, so that’s where I sometimes get involved in the role that I’m doing these days.

The situation is a bit unusual because of the fact that I also have a day job, and all of this with Siemens is on the side. Companies don’t want their employees off running side work for competitive advantage reasons. In 2005 I went to my boss and I convinced him that I’d be able to bring back benefits to our company that I could never get just working here at my desk. We landed in the legal department to make sure that everybody understood everybody and that I understood my responsibilities and didn’t do anything to screw it up.

So once I got the approval on that, I’ve taken off and fortunately I’ve done a really good job bring back skills to the company that I wouldn’t otherwise have learned.

How do you keep it all going? You’ve got a family, and basically two full time jobs. A lot of people have problems just holding one of those positions. How do you do it?

Look at the picture of my office. I’m known for Monster (energy drinks). Lots of it. The trick is that I don’t sleep a whole lot. I turn 40 this year, so it’s catching up with me for sure. It’s hard, I’m not gonna lie. I don’t always do a good job of balancing everything. It’s difficult, but I do my best.

There are a couple of reasons why I took on the second job. When my wife and I decided to start having kids – my first born was born in 2000 – I promised her that if she wanted to stay home and take care of the kids, I’d take care of things financially. I made that promise to her, and I’ve been able to maintain that promise for 15 years now. She’s a stay-at-home mom, and we’ve got 4 kids, and it has worked out really well. So that’s half of it.

The other half of it is hard to describe. I’m not an engineer. I’m IT (information technology) to the bone, but I’ve always had a fascination with CAD and in particular Solid Edge. The first three years of my career I sat in the engineering building with all of the engineers, so I got to know them really well, and understand their struggles. A lot of that just kind of stuck with me I guess. I’ve always been partial to Solid Edge. I saw an opportunity for someone to make a difference, and I’ve always taken that to heart. I’ve tried to be a community leader and help people. I enjoy it. I’ve learned so much and I’ve been able to travel and speak and do all sorts of things that I never would have been able to do if I hadn’t taken this on.

Currently, I’ve embraced open source, sharing code. Pretty much everything I do now for Siemens is open source. If somebody needs help or asks a question in the forum, I can find an open source sample and share it so that everyone learns from it, not just one person. That’s another reason that I wanted to work more directly with Siemens, because in the past when I was just contracting with individual companies, the things I did just benefitted that company, but they were the only one. I wanted a broader reach. I wanted to reach as many people as possible. I want to see Solid Edge succeed, and excel. The barrier to entry for partners was pretty high, and I had some experience with that with the one project in particular where we got a Rhino integration going in about 2 weeks. I was blown away by the community and the documentation for the SDK for Rhino users, and I wanted to do what I could to bring that experience to Solid Edge.

In my day job, Solid Edge is maybe one percent of what I do in a given year. That has changed over my 18 years there. My title at Ditch Witch is Enterprise Applications Architect, I’m one of three programmers that handle everything from SAP to online parts catalog to web programming. I work on so many things. I don’t have the dirt bike any more. I sold that. One of the reasons for that was time. I just don’t have much time to do that. The second is injury. I’ve got basically 5 people depending on me to be healthy, and motocross is a dangerous sport. If I get hurt and unable to work, that’s a problem. When I was younger, I used to race outdoor motocross. These days I’m more of just a fan. I go to local races so I can keep up with the sport.

I do have one kind of personal story I want to share. My high school counselor told me that I would never make it in college, and that I needed to just go get a job. I didn’t do well in school. I was a football player, and I kept my grades up only enough to keep playing football. My parents were factory workers, and only one of them had a high school diploma, so college wasn’t something that was really important in my family. Fortunately, I met my wife, and she was going to college, and I just kind of tagged along. So I went to college for accounting, and got into my senior year, and basically flunked out. I dropped out of school. Took a job at Ditch Witch, and eventually went back and got my MIS (master of information science) degree.

I don’t hold anything against my counsellor. She told me exactly what I needed to hear, it stuck with me and motivated me. In her defense, I didn’t show any potential. My wife is my polar opposite. She’s exactly what I need. I give her so much credit for who I am today. She’s often got her foot in my rear to get out and do things and excel. She’s why I am the way I am today. If I hadn’t met her, I’d probably still be living in my home town working at Michelin as a factory worker. I didn’t have any confidence in myself.

Fortunately for me, I started on the computer hardware side of things, doing support. In 1997 when I started at Ditch Witch, I’d never seen a line of code in my life. In 1999, they gave me a programming aptitude test, and I scored the highest they had ever seen. My skill set is that I’m very good at problem solving and I’m a very logical thinker. I feel like I haven’t worked a day in 18 years. It’s fun for me. I sit down to work, and suddenly it’s 5 o’clock. It’s time to go home. Time flies so fast. I know the other side of the coin where days drag on for people, I get that part. But I’m like, I’m not done yet. I’m not ready to leave. I spend a ton of personal time reading and researching and keeping up with technology. Personally, it’s fun for me.

Solid Edge 2022 Launch Recap: A CAD Expert's First Reactions… October 15, 2021 Read CAD software expert Tushar Suradkar's recap of the Solid Edge 2022 launch and what he has to say about…
Problem solving vs. finding answers starts in high school May 24, 2022 Engineering has been a major in universities for centuries, but for as long as humans have been on Earth, we…
Sophia Valentine cuts a clear path with a CNC plasma cutter… February 16, 2022 Discover how 20-year-old Sophia Valentine uses self-taught sketching, 2D CAD, sheet metal and welding skills to operate a CNC table…

This article first appeared on the Siemens Digital Industries Software blog at https://blogs.sw.siemens.com/solidedge/interview-with-jason-newell-solid-edge-developer-community-leader/