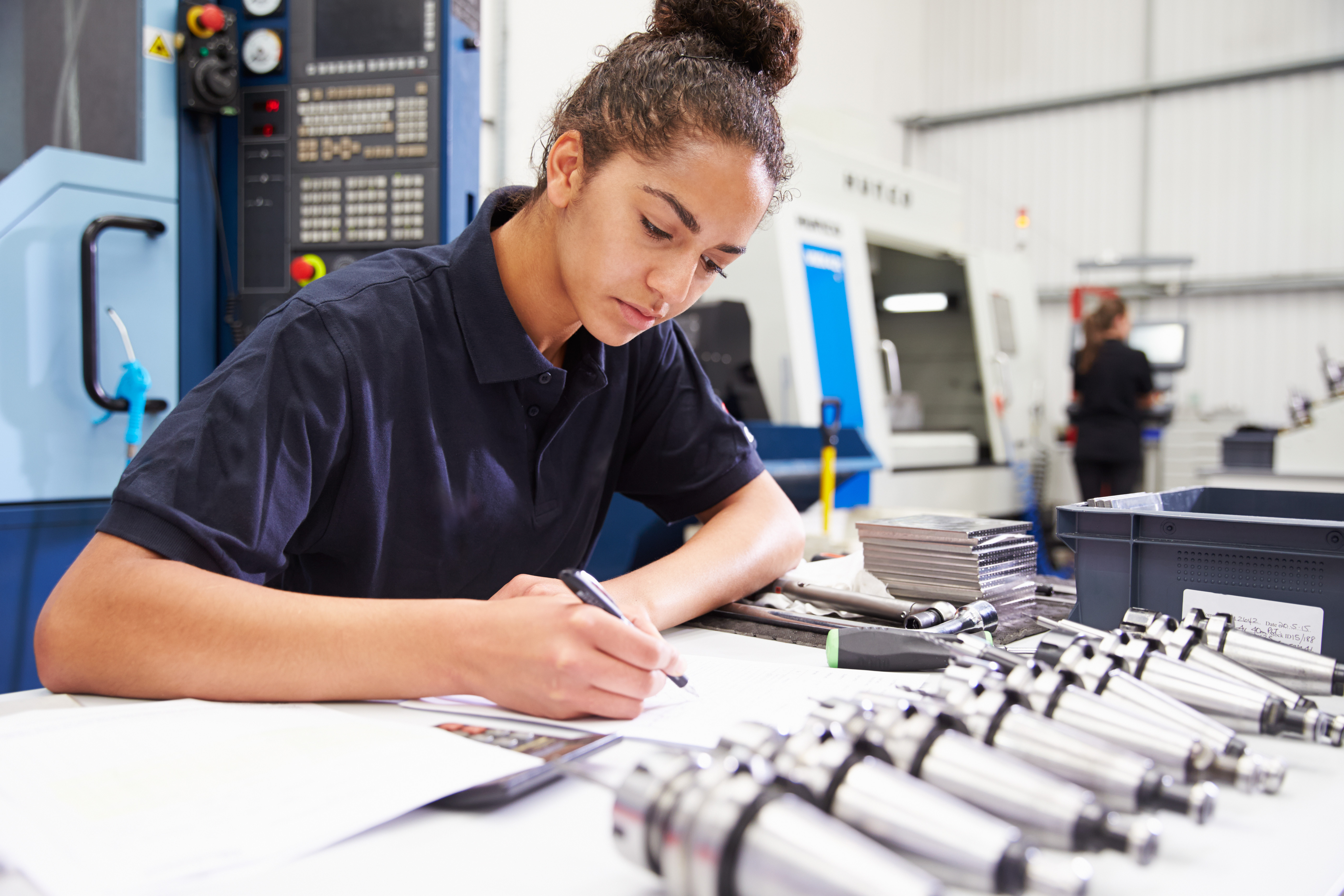 Engineers Week continues with Girl Day or National Introduce a Girl to Engineering Day. Girl Day calls on engineers, educators, mentors and parents to inspire young girls and encourage them to pursue an interest in STEM. Engineers play an especially important role in educating future generations on how they, too, can make a difference in the world by becoming an engineer. Take some time today to share your expertise and passion for STEM with a girl in your life! In this blog, we’ll be sharing a few stories of women engineers who inspire us, as well as some advice for how to get more women interested in a career in STEM.

I am fortunate to have had parents growing up, especially my mom, who fostered in me an intense curiosity and desire to learn about the world. She and my dad are the reason I have loved science my entire life and continue to do so today. We spent many an afternoon in the park collecting and documenting leaves and bugs. I also recall watching a solar eclipse (the May 10, 1994 solar eclipse to be exact). Afterwards, mom sat me down at the kitchen table with a sheet of paper, pencil, and a quarter to draw the stages of the eclipse and talk through what we just witnessed. I was just shy of 5 years old at the time.

This encouragement to learn and study the world from a young age obviously has a lasting impact on a child’s life. To this day, my enthusiasm and passion for science persists. Perhaps if I hadn’t been so obsessed with writing, my career would look somewhat different from the one I have today. I might be in the field conducting research, or in a lab running experiments, rather than at a desk writing (although, you will notice the subject I most frequently write about…) Regardless, it’s important that we encourage children—especially girls—to follow their interests and develop them further, even if those interests don’t necessarily align with society’s expectations or gender roles. A rose made from LEGO by Bright Bricks.A great example of a woman who followed her passion and now works in the engineering space is Kirsty House, CAD designer and production coordinator for UK-based Bright Bricks. Even if you haven’t heard of Bright Bricks before, you most likely have seen their work in person. They are the company that designs and builds larger-than-life models from Lego, and were recently featured on the February cover of Develop 3D Magazine. (Download the issue to read the full story). The models they build range in size and complexity; most are projects commissioned by corporations for specific events or promotional purposes. Ms. House, who got her start at Bright Bricks as an intern three years ago, designs the steel structures that form the skeleton of these Lego models. She uses convergent modeling in Solid Edge ST10 for its quick and seamless ability to work with a range of imported data. Kirsty was actually the one who chose Solid Edge as the design solution for the company. When she first joined the team, her line manager had been creating the engineering drawings by hand. By using 3D CAD with convergent modeling, Kirsty was able to reduce the design process from three weeks to days instead. Marianne Stokes has a degree in mechanical engineering and an MBA.Another inspiring woman in engineering is our very own Marianne Stokes. Her background and experience as an engineer helps her relate to Solid Edge customers and develop great events, webinars and videos in her current role as the Americas Mainstream Engineering Marketing Program Director. Marianne was attracted to engineering because it provided her the ability to use her math and science skills to do something challenging. “I liked the broadness of the field in that you could do anything from design to systems engineering,” she says. Shortly after graduating with a degree in mechanical engineering from the University of Michigan, she got her start in reentry vehicle design at Lockheed Martin. “My career in engineering took me to places like the Pantex testing facility for missiles in Amarillo, Texas, and it gave me a springboard to work on my MBA.”

Female role models are so important when it comes to getting more women and girls involved in STEM. It’s one thing to tell someone, “You should be an engineer.”It’s entirely another for that same person to see somebody who looks, sounds, and acts like them working as an engineer. Having a role model not only inspires girls by giving them somebody to look up to and emulate, but it makes the idea real for them and they start to truly believe that “Hey, this is something I can do, too.” A lack of adequate role models is said to be, at least in part, a cause for the lack of women in STEM careers today. Another challenge to attracting students to STEM—all students, too, not just women—where having a role model may help is with understanding what exactly an engineer does. Many children, even at the middle and high school level, have misconceptions about what it means to be an engineer; they think an engineer conducts trains. Some may think an engineer builds bridges. While this may be true for civil engineers, it is just one tiny aspect in a wide spectrum of engineering disciplines. There is so much more out there for students in the world of engineering that they don’t even realize! This is where you as an engineer can help. By volunteering to speak to classes during career days or other school sponsored events, you can help educate students on what it really means to be an engineer. By sharing fun examples of the creative problem solving inherent in engineering, you can help spark the next generation’s interest in a field that helps shape the world.

This article first appeared on the Siemens Digital Industries Software blog at https://blogs.sw.siemens.com/solidedge/girl-power-inspiring-women-engineers/