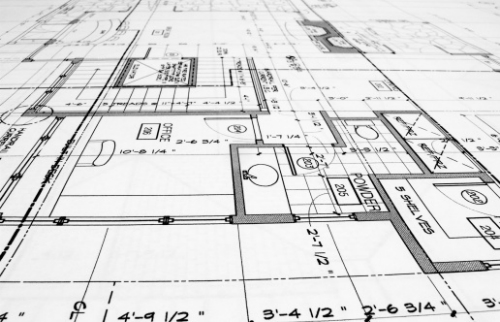 CAD standards have come a long way in the last 30 years or so. For 2D data, standards used to be mainly about layers and colors, and font size, and how to set up a drawing so it could be printed properly. The standards really demonstrated that even though you were now working on a computer to create nice drawings, you were still very much connected to the “old” manual drafting mindset. You were no longer worried about lead types, or ink, or pen nibs, but some of the details about construction geometry, line types and widths, and lettering were still there. The 2D CAD standards were to me the real proof that early 2D CAD was just a better pencil (or maybe more accurately a better eraser).

I still remember the laments of the old board drafters that all the personality and style would be lost with the new-fangled drawings. And they were right. But drawings weren’t the end product, “the product” was, and personality and style – while a lot of fun, and very personally fulfilling – weren’t necessarily helping you manufacture a great product. Not that electronic 2D drawings did much in that line either, aside from allowing you to make and correct mistakes faster.

So CAD evolves and now we still make 2D drawings, but we make them from 3D models. Making 2D views from 3D models makes the drawings more consistent (no manual projection mistakes) and much faster. Also more detailed, because the detail can be put into any view for free. CAD standards are still mostly about 2D. The 3D model is largely seen as a means to an end – in some cases its just throw-away data.

Model-based-definition (MBD) has been around for some time, but companies are paying more attention to it these days. We are still using 2D drawings, but in some cases, the 2D is just for visual identification and overall checks. More and more, things are going digital. You send 3D data to your machinist, maybe with a drawing that calls out only finishes and tolerances. You send 3D data to the molder, who again sends 3D data to be machined or EDMed, and again with a 2D drawing for overall weight, critical tolerances, and finishes.

If your operation looks like this, then your 3D data is more important than just something you make 2D views from. Your 3D data is probably revision managed just like your 2D data. And now, your 3D data needs standards just like your 2D data, but even moreso, because the way the data types are used has switched. 2D used to transmit part dimensions through someone who read the drawing and transferred the data to another machine or setup. Now those dimensions are automatically read in through the 3D data transfer.

So what kind of information should your 3D data standard control? In the days of history-based CAD, your 3D standard had to include best practice information, and in some cases had to go beyond just suggesting best practices, but had to directly specify techniques that users could and could not use. Standards and best practice are not the same thing. Standards must be followed. Best practices are usually set up as suggestions. However, standards can draw from best practice.

I’ve written 3D standards for history-based modeling, and I’ve got to say that they are very different from what I envision for a 3D standard for use with Synchronous Technology. The goal of the standard is to make your CAD data as re-usable as possible. You want to be able to use CAD data created with drawings in mind for other things like renderings, FEA, motion studies, assembly instructions, maintenance manuals, and any/every other place where your company uses graphical product representations.

If you are researching this topic, the one place I would start would be at http://www.resilientmodeling.com/01_SolidEdge_Home.html . I’ve mentioned this site before, and even Dan Staples gave it a thumbs up. The author of the site, and inventor of Resilient Modeling is Dick Gephard. His main aim is for companies to use this method as a CAD standard. It’s worth your time to read through the entire Solid Edge portion of his site. Even if you don’t use his complete idea verbatim, it still has great value for creating highly reusable CAD data.

The basic idea can be applied to any CAD system, but it has particular strengths when applied to Solid Edge in an Ordered/Synchronous hybrid work flow. The main body of the part is modeled in Synchronous, and the detail features are left in Ordered. Editing at the assembly level is done in Synchronous.

So what would I put into a 3D CAD Standard for a company using Synchronous?


Of course file management is a separate issue that we can talk about later. The arguments around that subject haven’t changed in recent decades, however. There are so many file management tools available for Solid Edge that it would be difficult to make an assumption about which one most people use.

I’m very interested in if anyone out there has written a 3D CAD standard for use with Synchronous, and whether you think it has succeeded or failed.

This article first appeared on the Siemens Digital Industries Software blog at https://blogs.sw.siemens.com/solidedge/cad-standard-for-3d-data/