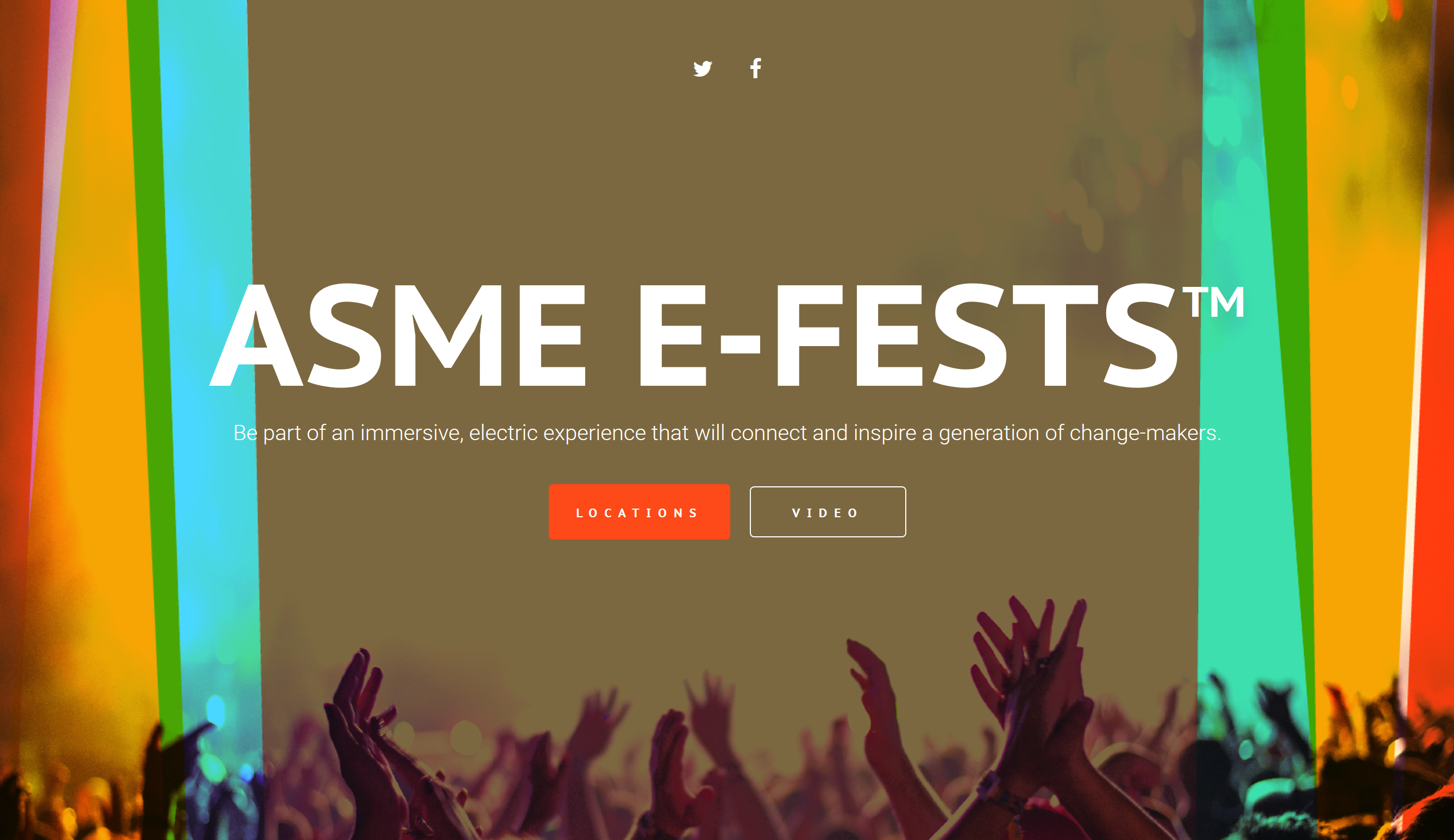 Remember WAY back when you were a student? Classwork was something you had to do, but it was the projects outside of class that really held your interest. Lots of things change, but I’m guessing that’s one of the things that has stayed the same over the decades.

Siemens is sponsoring ASME (American Society of Mechanical Engineers) in its new E-fests.

These events incorporate regional ASME student competitions with opportunities for networking, career development, and some fun activities. There will be career-guidance workshops, TED-like talks, and keynotes as well.

Three events are planned right now. The kickoff event is in India in early March, then one at Tennessee Tech University in Cookeville, Tenn., later in March, a third one in April in Las Vegas.

Student Design Contests for the annual contest will be hosted on Local Motors co-creation platform, where students can also get a free license of Solid Edge software.

From a technology perspective, the general focus areas of these three events are advanced manufacturing, 3-D printing, and robotics. We are expecting from 300 to 500 students at each event, plus we are marketing to a database of around 30,000 students. We are hoping to excite kids and motivate them on their career choice, so we’re looking to put together a terrific program.

Problem solving vs. finding answers starts in high school May 24, 2022 Engineering has been a major in universities for centuries, but for as long as humans have been on Earth, we…
Developing tomorrow’s engineers: Siemens partners with ReDI… September 14, 2021 Amid the pandemic, digitalization has become more important than ever. We've come to realize that digital skills have become critical…
Women in Engineering Day Spotlight: Interview with Yossra… June 23, 2021 Meet Yossra Gherairi, a sales engineer at DigiCAD and standout Olympic fencing champion. She shares with us what it's like…

This article first appeared on the Siemens Digital Industries Software blog at https://blogs.sw.siemens.com/solidedge/asme-e-fests/