The simulation of MCAD geometry is a day to day requirement for the majority of thermal design engineers, especially those at systems integrating companies. Despite repeated advances over the last 2 decades in the robustness of neutral format readers and writers, feature recognition functions and healing algorithms, importing and preparing MCAD data for analysis is still not a one-touch user experience. FloTHERM’s ‘FloMCAD Bridge‘ module allows for the import and preparation of MCAD geometry with as little effort as possible. With over 15 years of development, it has evolved a number of methods to import and prepare industrial strength MCAD assemblies, Voxelize being one of the more robust. 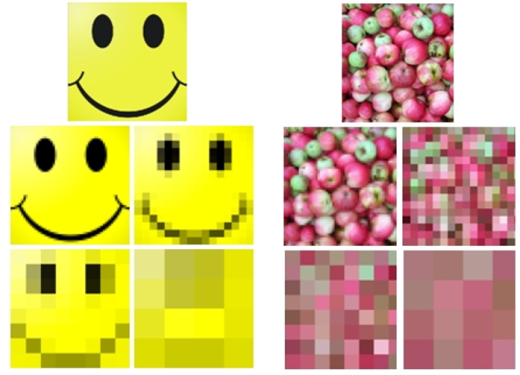 Finite volume simulation technology requires the discretisation of a 3D space into a number of control volumes (e.g. mesh cells). The governing equations are then integrated over those control volumes and solved. This discretisation plays a critical part in the simulation. Sometimes a fine scale disretisation is needed, other times you can get away with quite a coarse pixelated resolution. Take the resolution of these two images as an example. A cluttered tump of apples needs more resolution than a simple smiley. Some level of user control is needed to determine the required resolution.

FloMCAD’s Voxelize function does this by allowing a structured mesh to be user defined, onto which the geometry is discretized. This ‘geometry pre-meshing’ approach is unique in the CFD world, leading to high quality solution meshes that capitalise on FloTHERM’s CFD solver technology. 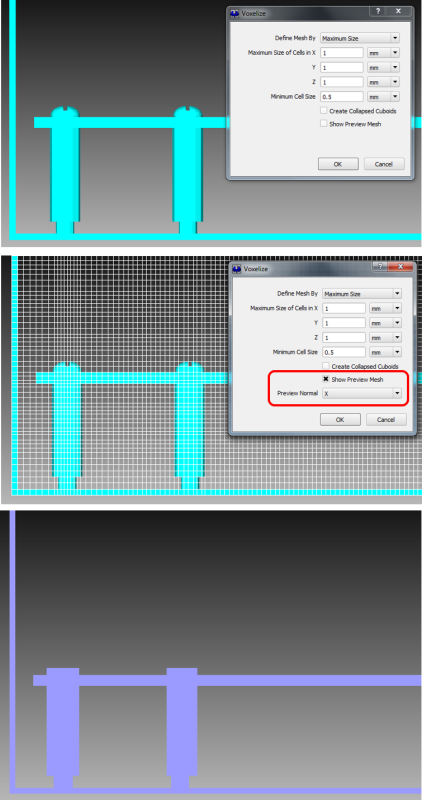 (Actually this voxelization approach was inspired by the operation of Microstripes, the EMC/I product that was acquired by Flomerics in 2000 as part of the KCC acquisition, now part of CST MWS subsequent to Flomerics’ divesting of its EM line of business in 2007)

Based on user feedback, and the mass adoption of this feature, we’ve made various extensions to Voxelise in V11. It is now possible to visualise the voxelization mesh, prior to performing a voxelization. This enables the user to ensure that the resolution of the geometry will be at the required level a priori. 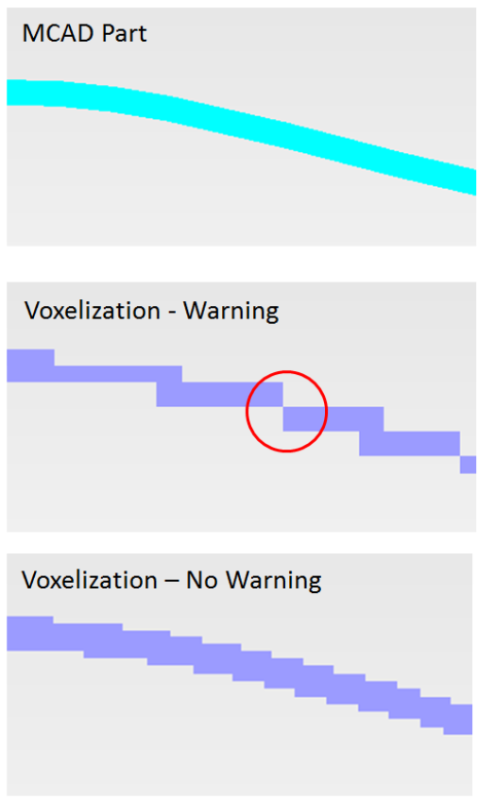 In addition, the mesh used for voxelization will be consistent across all Parts/Bodies to ensure that no spurious gaps occur at abutting face to face contacts. When voxelizing slender geometry it is important to ensure that the conduction path is maintained, warnings are now issued if this is not the case.

In V11 there is now no limit on the size of the mesh that can be used for Voxelization. Last but not least we’ve re-engineered the algorithm to make it on average x20 faster!

This article first appeared on the Siemens Digital Industries Software blog at https://blogs.sw.siemens.com/simulating-the-real-world/2015/09/22/top-7-flotherm-v11-features-2-flomcads-voxelize/