The sheer amount of innovation and discovery regarding electrical and electro-magnetic behaviour in the 19th century is staggering. From Volta’s electrical cell in 1800 through to Faraday’s transformers and generators based on his theory of electro-magnetic induction in the 1830s, his theory of electro-magnetic fields in the 1850s, on to Hertz’s work on radio waves in the 1880s up to Marconi’s patenting of radio telegraphy in 1896. Great men who helped bootstrap us to the giddying heights of today’s electron/photon society. The resulting blight of wiring however affects us up to this day.

Design and manufacture of integrated circuits entails probably the most advanced technology and processes known to man. But as you zoom out the scales through wirebonding or C4 connections to the IC packaging on to soldered connections onto the PCB through to electrical connectors and out via insulated wires, the employed technology becomes, lets say, less refined. The ergonomic impact of the bit outside the box is frustratingly archaic. 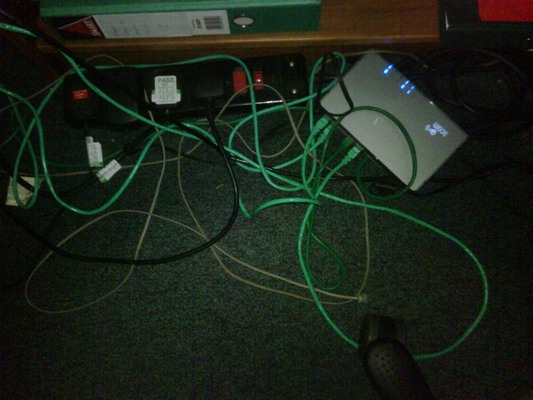 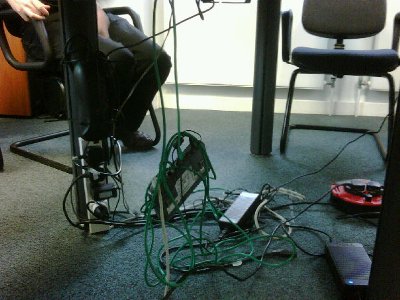 Whilst we wait for the golden age where all inter-device communication is wireless and the platinum(?) age where power supply also sheds its wired yolk I’d like to propose two alternative uses for the abundance of wires that pollute our built environment today:

Gary Numan, godfather of electronic music, recorded ‘I Dream of Wires’ in 1980, a dystopian look at the near future. O how right you were!

Demystifying Electromagnetics, Part 3 - Magnets April 7, 2021 Why do magnets attract or repel and what's that got to do with conducting loops of wire? Peter and Petronella…
Thermal Influence on Maximum Current Carrying Capacity January 20, 2021 Superconductors aside, anything that conducts electricity will dissipate heat. The more current that flows, the more heat is dissipated, the…
Demystifying Electromagnetics, Part 8 - Losses September 8, 2021

This article first appeared on the Siemens Digital Industries Software blog at https://blogs.sw.siemens.com/simulating-the-real-world/2010/08/04/its-a-wireless-world-no-it-isnt/