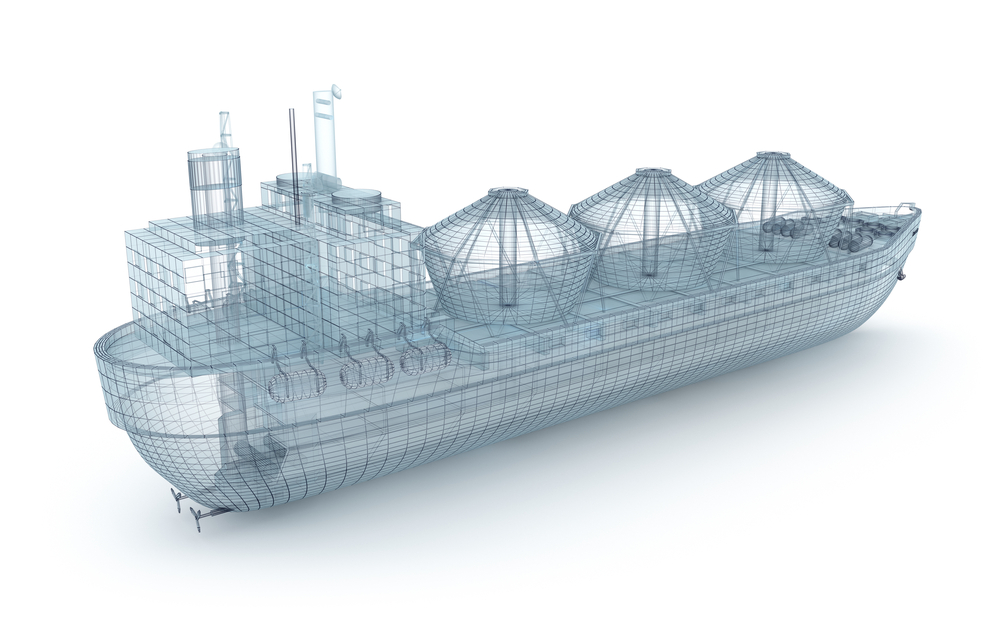 In one of his previous article Jan Van Os, vice president of marine industry strategy for Siemens PLM Software, explains how digitalization in the shipbuilding industry supports the opportunity to create more sustainable ships. The facts and figures are there, the International Maritime Organization adopted regulations that aim to cut greenhouse gas emissions by half, per 2008 levels, by 2050.

Pressured by those new rules, marine industrial players have no other choice but to find alternatives to reduce their emissions footprint, while still bringing their product to the market at a fast-pace.

That being said, let’s try to think from where the gas emissions can be reduced and how. It seems clear that ship powertrain is the main source of exhaust emissions Re-imagining the powertrain of a ship is a huge work and opting for its hybridization is even more ambitious.

Vessel hybridization, too ambitious you said?

Bringing hybrid technology into the marine industry is something very well considered as explained in a report from the Lappeenranta University of Technology from Finland [ref.1]. What I learned from this is that:

First, yes electrical systems have an important role to take in future energy technology and yes hybrid vessel technology can take advantage of fast developing battery storage. I also figured out that, yes maybe vessel hybridization is ambitious, but it is something that has already been already adopted for 20 years in icebreakers, where the first electro-diesel systems were implemented due to advanced drive dynamics. Reading this paper brings us the conclusion that marine vessels will increasingly adapt their energy storage in the coming years for:

So, yes hybridization is more than an option. It’s the path to follow. Getting faster to the market with hybrid vessels is a challenge, and the solution is digitalization. In that same article I mentioned earlier, Jan Vas Os explains how much digitalization can be key to success for the development of sustainable ships. ([ref.2] – link to the series of article) Faster hybridization thanks to digitalization

So, let’s come back to the powertrain hybridization we mentioned at the very beginning and let’s combine this with our digitalization topic.

One of the first steps of the creation of the digital twin is to go through simulation. And the very first step is opting for system simulation. This is the early phase where you can easily start to define your powertrain architecture over a short development time.  Re-thinking the powertrain systems means “to optimize not only our engines but reconsider the architecture of the entire systems”. This is not our own statement, but from Hyun Sook Yoo’s, Senior Researcher at Hyundai Heavy Industries.

I had the chance to meet Hyun Sook Yoo, an early adopter of system simulation in the marine field, and discuss how she worked with Romain Nicolas to use our Simcenter system simulation solution Simcenter Amesim. During their collaboration, they focused on the optimization of the engine design and control strategy, in order to bring a new generation of hybridized powertrain to the market. The team are converting their existing engine models to Simcenter Amesim with real-time capability and hybrid ship integration. Hyun Sook Yoo explained that “HHI engine and machinery division is improving the whole engine system, as well as developing electric systems that integrate IoT technology with the electric parts.” ([ref.3] – link to the whole video)

Using Simcenter Amesim, the team were able to: Validate high-frequency engine model versus the baseline model in steady and transient operations

The deployment of Simcenter Amesim in HHI’s engine and machinery division has been successful because it enables HHI engine engineers to obtain simulation results in a short time and also to streamline the modeling process from engine design to ship integration.

On the other hand – and this is how I close the loop and come back to digitalization as the key to bring sustainable vessels to the market – Simcenter Amesim is an essential tool for HHI to efficiently assess fuel consumption and NOx emissions of their hybrid vessel over different load cases and understand how they can fit with the emissions target set by IMO.

[1] Hybridization of ships – a co-operation between the industry and the research institutes to reduce operational expenses and environmental footprint, by Olli Pyrhönen: http://www.kvarken.org/assets/Uploads/5-Vaasa-220416-OP-Final2.pdf

4 Myths about AI in CFD April 6, 2021 As Artificial Intelligence (AI) has become more ubiquitous in our everyday lives, so too has confusion about what it is…
Is e-bike noise an issue? Quit whining! June 2, 2021 E-bikes become quite popular these days. Besides the operating range, also the generated noise is an important quality aspect for…
If you can’t take the heat… Simulate it! Reducing VTM costs… June 10, 2021 Find out how to efficiently and accurately simulate VTM using Simcenter Engineering's multi-fidelity workflows.
This article first appeared on the Siemens Digital Industries Software blog at https://blogs.sw.siemens.com/simcenter/vessel-hybridization-too-ambitious-you-said/