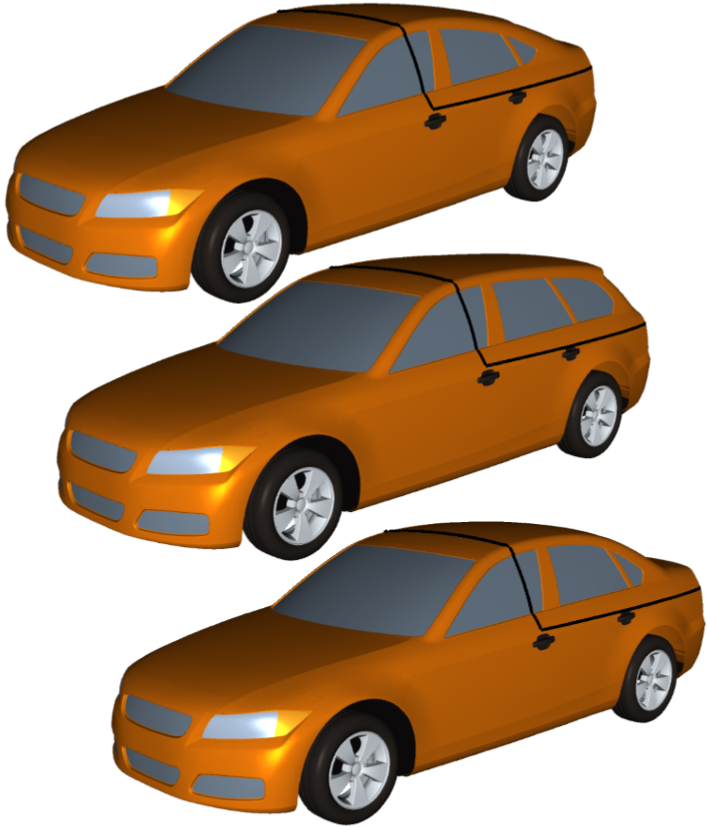 Over the past several releases the STAR-CCM+ team has been hard at work ensuring that users can easily and effectively replace components in their models and re-run in under five clicks.  Between “replace part”, “replace assembly” and “dynamic selection”, we have a strong set of tools that allow users to easily swap out the old with the new.

Those capabilities are fantastic, but something is still missing: “What if I just have one little surface I need to replace? Does that mean I need to re-import the entire model?” “What if the CAD designers didn’t sew the model together? How am I supposed to pipeline that process?”

These questions were all asking for a way to automatically zip (sew) surfaces together using a pipelined approach. That’s precisely what we did!

A key new feature in STAR-CCM+ v12.06 is the zip operation, one of several new operations that have been added in this latest release, and without a doubt the one that I am most excited about.

The zip operation introduces a host of new possibilities, both by itself and when combined with “replace part”. Fundamentally the zip operation can be thought of as a Boolean unite for surfaces.  If you have a part with a missing surface and another part that fills that missing area, the zip will combine the 2 (or more) parts and sew the edges to create a closed volume. The zipped parts can then be used in subsequent operations.  For those of you who work with STAR-CCM+ regularly, this is essentially just running the surface repair feature sew, under the hood.   So let’s start playing out the applications this enables.

The Institute for Aerodynamics and Fluid Mechanics at the Technical University of Munich created a great geometry called the DrivAer Model that comes in a host of configurations: With/without an engine, with/without underbody and exhaust, as well as three different backends. You can imagine that can produce a pretty sizable matrix of studies. Before the zip operation setting up simulations for all of these studies could have taken a significant amount of manual work. The new zip operation enables you to simply swap in the new surfaces and re-run the model. That’s it, it really is that simple.  The replace part operation enables you to swap the parts and the zip operation turns the parts into a closed definition.  Another key feature here is that you can put this operation anywhere in the mesh pipeline, so remesh the parts using concurrent per-part and the zip operation will remesh the faces near the perimeters automatically.  There is no need to re-import the whole model, there is no need to re-setup physics, or scenes, or do anything else.  Combine this with existing technology like local meshing and parallel volume meshing and the time savings can be staggering.

We looked at one important aspect of this operation but there is a whole other dimension that can help you fix models in a pipelined way.  How many times have you received a CAD model where the surfaces are not healed together? This operation enables you to zip one part just like you would zip in the above example. This means that you can import and heal a model without needing to manually intervene, as part of a pipelined process.

Be it automation and design exploration, or just cleaning up a model in an automatic way, this new operation is sure to make you skip down the hall after you zip!

4 Myths about AI in CFD April 6, 2021 As Artificial Intelligence (AI) has become more ubiquitous in our everyday lives, so too has confusion about what it is…
If you can’t take the heat… Simulate it! Reducing VTM costs… June 10, 2021 Find out how to efficiently and accurately simulate VTM using Simcenter Engineering's multi-fidelity workflows.
Is e-bike noise an issue? Quit whining! June 2, 2021 E-bikes become quite popular these days. Besides the operating range, also the generated noise is an important quality aspect for…
This article first appeared on the Siemens Digital Industries Software blog at https://blogs.sw.siemens.com/simcenter/star-ccm-v12-06-zip-a-dee-doo-dah/