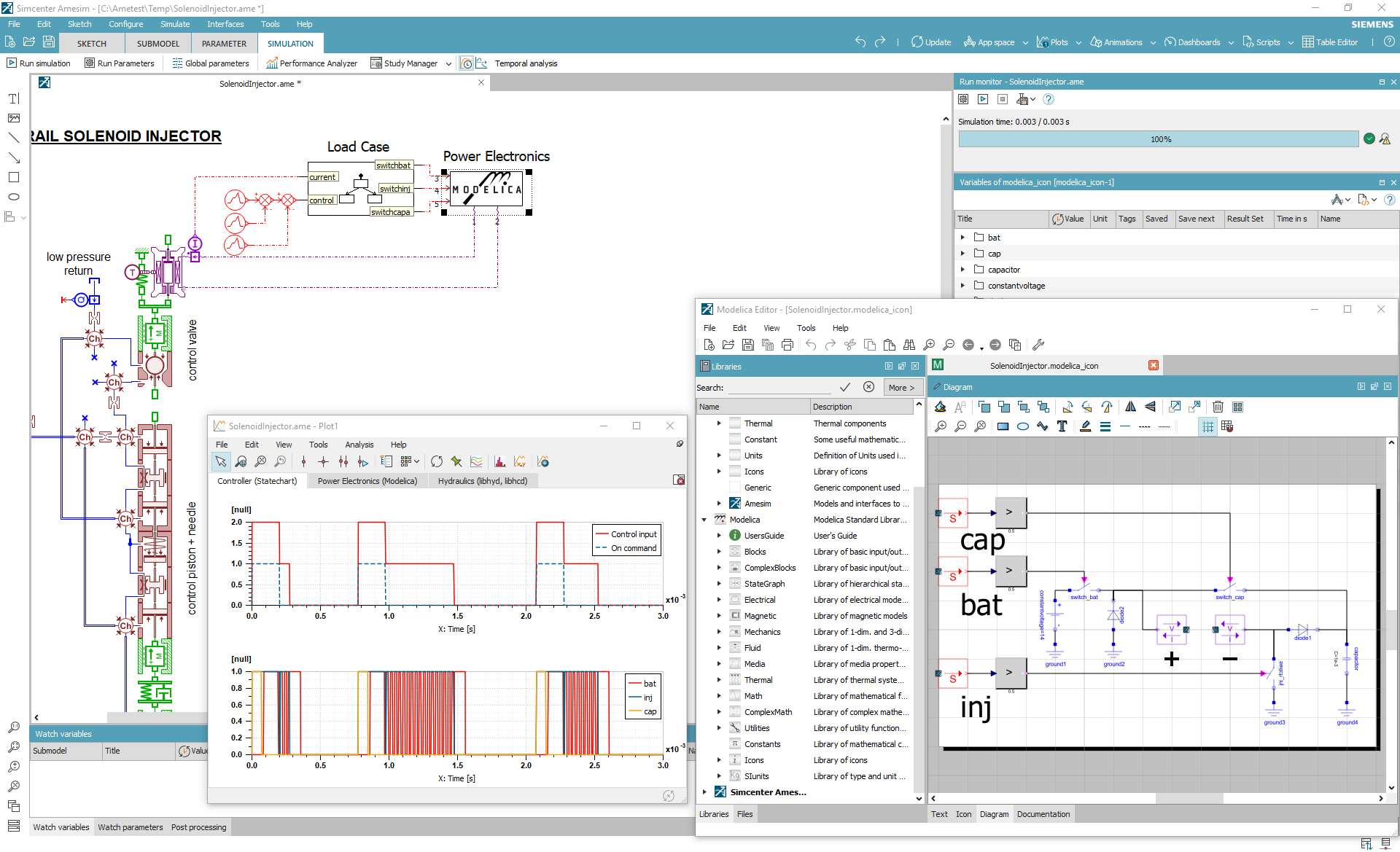 Using optimized code generation capabilities of OPTIMICA Compiler Toolkit and its full MSL 3.2.2 compliance, importing Modelica models to Simcenter Amesim has never been so easy. Such models can be easily combined with Simcenter Amesim native libraries or directly simulated.

Therefore, users can benefit from the robust  Simcenter Amesim solver and powerful platform capabilities (such as performance analyzer or linear analysis).

Both Modelica acausal and Simcenter Amesim causal approaches are now bridged in the same simulation environment while avoiding cosimulation. Dedicated physical connectors based on next FMI physical ports concepts have been developed in order to ensure a robust interface between the two worlds.

“Through this strategic partnership with Modelon, a recognized technology provider for Modelica-based tools, we reaffirm our commitment to Simcenter Amesim openness. I am convinced that our customers will appreciate how straightforward it is to reuse Modelica models and mix Modelica-based and Simcenter Amesim-native components while avoiding cosimulation.”

Siemens PLM Software and Modelon have laid the foundation stone of the partnership that will be strengthened even more with the support of Modelon industrial libraries in future Simcenter Amesim releases.

Don’t choose: benefit from the best of causal and acausal worlds

4 Myths about AI in CFD April 6, 2021 As Artificial Intelligence (AI) has become more ubiquitous in our everyday lives, so too has confusion about what it is…
Is e-bike noise an issue? Quit whining! June 2, 2021 E-bikes become quite popular these days. Besides the operating range, also the generated noise is an important quality aspect for…
If you can’t take the heat… Simulate it! Reducing VTM costs… June 10, 2021 Find out how to efficiently and accurately simulate VTM using Simcenter Engineering's multi-fidelity workflows.
This article first appeared on the Siemens Digital Industries Software blog at https://blogs.sw.siemens.com/simcenter/simcenter-amesim-now-fully-supports-modelica/