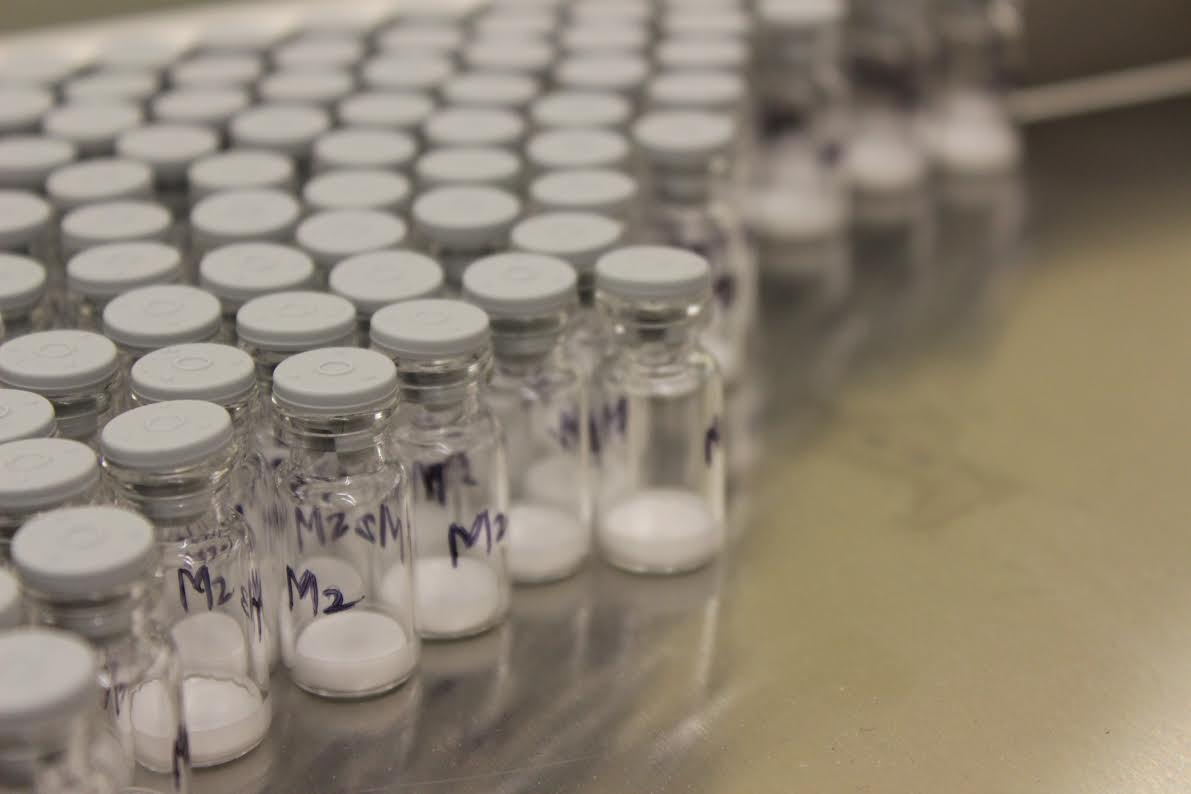 As an effect of globalization, the patent life of newly discovered drugs has decreased considerably, forcing manufacturers to minimize drug development time as well as maximize throughput. To achieve this, existing manufacturing processes need to be upgraded, and new approaches and methodologies developed. Simulation applying CFD and optimization is an ideal tool to investigate such concepts early in the design phase, tying it into the Product Life Cycle Management Process – and thus avoiding costly troubleshooting exercises later.

What are the trends and developments when it comes to Lyophilization? Are the simulation methods and tools for this technology ready for prime time?  Alina Alexeenko, Professor for Aero and Astronautics at Purdue University and the Co-Director of LyoHUB, was able to answer these questions for us.

Q: Alina, lyophilization is a big topic in the pharma industry, and has seen quite the growth spurt. Can you tell us more about this?

A: Lyophilization, also known as freeze-drying, removes water or other solvents by sublimation at low temperature (typically < -20°C) and pressure (below 0.1% of atmospheric pressure). Freeze-drying was invented in the 1930s to preserve blood serum and blood plasma and enabled large-scale manufacturing of penicillin in the 1940s. In the 1950s, onward lyophilization played a critical role in the global vaccination against viral diseases such as smallpox. Even under tropical conditions, the freeze-dried vaccine for smallpox maintains potency for several weeks at room temperature. This allowed WHO to lead a worldwide campaign against the disease which threatened 60 percent of the world’s population in the 1960s and declared it eradicated by 1980.

Lyophilization is now used in the food and pharmaceutical industries to preserve sensitive materials such as protein drugs, vaccines, synthetic tissues and probiotic cultures among many others. It allows for the storage of the product without adding a preservative. Many biopharmaceuticals could not be commercially viable without lyophilization.

During the last decade (since about 2008), there has been a significant growth in the newly approved lyophilized drugs. In the 1990s, the lyophilized products were about 12 percent of all new injectable/infusible drugs. By 2011, they amounted for 41 percent and now make up over half of all new approvals. This growth has been mostly driven by the newly discovered biologic medicines such as monoclonal antibodies and antibody-drug conjugates.

Figure 1: From 1990-1998, the share of newly approved lyophilized drugs as a share of all injectable/infusible drugs was 11.9 percent; in 2011 it was 41 percent, and in 2013-2015 injectable/infusible drugs requiring reconstitution made up half of all new approvals. Image courtesy Arduini, M. (2016, September). Freeze Drying Market Analysis. Presentation at the IMA Aseptic Processing Symposium, Amherst, New York.

Q: With the growing demand for lyophilization, is it correct to say that manufacturing processes need to be optimized and modernized? Where do you see the biggest bang for the buck in process improvements and where can simulation help the most?

A: Yes, this is correct. Lyophilization currently is among the most time-consuming and expensive unit operations in the manufacture of pharmaceuticals. A typical lyo process may take a few days or even a couple of weeks and has an energy efficiency of less than 5 percent. Lyophilization in the pharma industry is a batch-mode operation with open-loop processing and a lack of real-time quality monitoring. Much of this is due to constraints imposed by the aseptic processing requirements for injectable products. The technology areas where immediate benefits are expected are a) real-time process monitoring, specifically for product temperature and moisture content; b) closed-loop process controls for real-time process optimization; c) adoption of methods to improve batch uniformity such as controlled nucleation in production-scale equipment.

Figure 2: Batch of vials being loaded into a freeze-dryer in lab-scale lyo (Courtesy Millrock Technology, Inc.)

Q: Siemens PLM joined LyoHUB last month and we are very excited to work even closer with you, your students and, of course, the LyoHUB members. Can you tell our readers about the benefits LyoHUB brings to the industry, and what you expect from the increased usage of simulation as part of your roadmap?

A: The goal of Advanced Lyophilization Technology Hub (LyoHub) is to advance the science and technology of freeze-drying/lyophilization.LyoHub’s members include companies in the pharmaceutical and food processing sectors, equipment manufacturers and university researchers, who combine their expertise and resources to accomplish the goal. Immediate objectives are: (1) to identify and disseminate Best Practices for lyophilization equipment performance, testing and validation and; (2), to conduct applied research to advance lyophilization processes and products. The first best practices paper on process instrumentation for pharmaceutical freeze-drying has been published in open access in February 2017.

Mathematical modeling of heat and mass transfer processes in freeze-drying is widely recognized as an important tool for the development of robust lyophilization processes. Reliable models of the quasi-steady state primary drying stage are currently widely used by industry. When working through the lyophilization technology roadmapping process, participants recognized the need for advancing the mathematical modeling tools for freezing and secondary drying stages. Additionally, there is a need to develop models and simulations that quantify the impact of process variations such as chamber pressure, varying product loads and equipment modifications on product quality attributes using physics-based and statistical approaches.

4 Myths about AI in CFD April 6, 2021 As Artificial Intelligence (AI) has become more ubiquitous in our everyday lives, so too has confusion about what it is…
Model-based design from ICEs to ICUs: Bridging the… November 10, 2021 The events of the past few years have turned global attention towards health and, more specifically, healthcare. From the images…
The 4 trends you should not miss in NVH engineering December 2, 2020 What is the role of noise, vibration, and harshness (NVH) engineering in the vehicle development cycle today? How does the…
This article first appeared on the Siemens Digital Industries Software blog at https://blogs.sw.siemens.com/simcenter/siemens-plm-joining-lyohub-advanced-lyophilization-technology-hub/