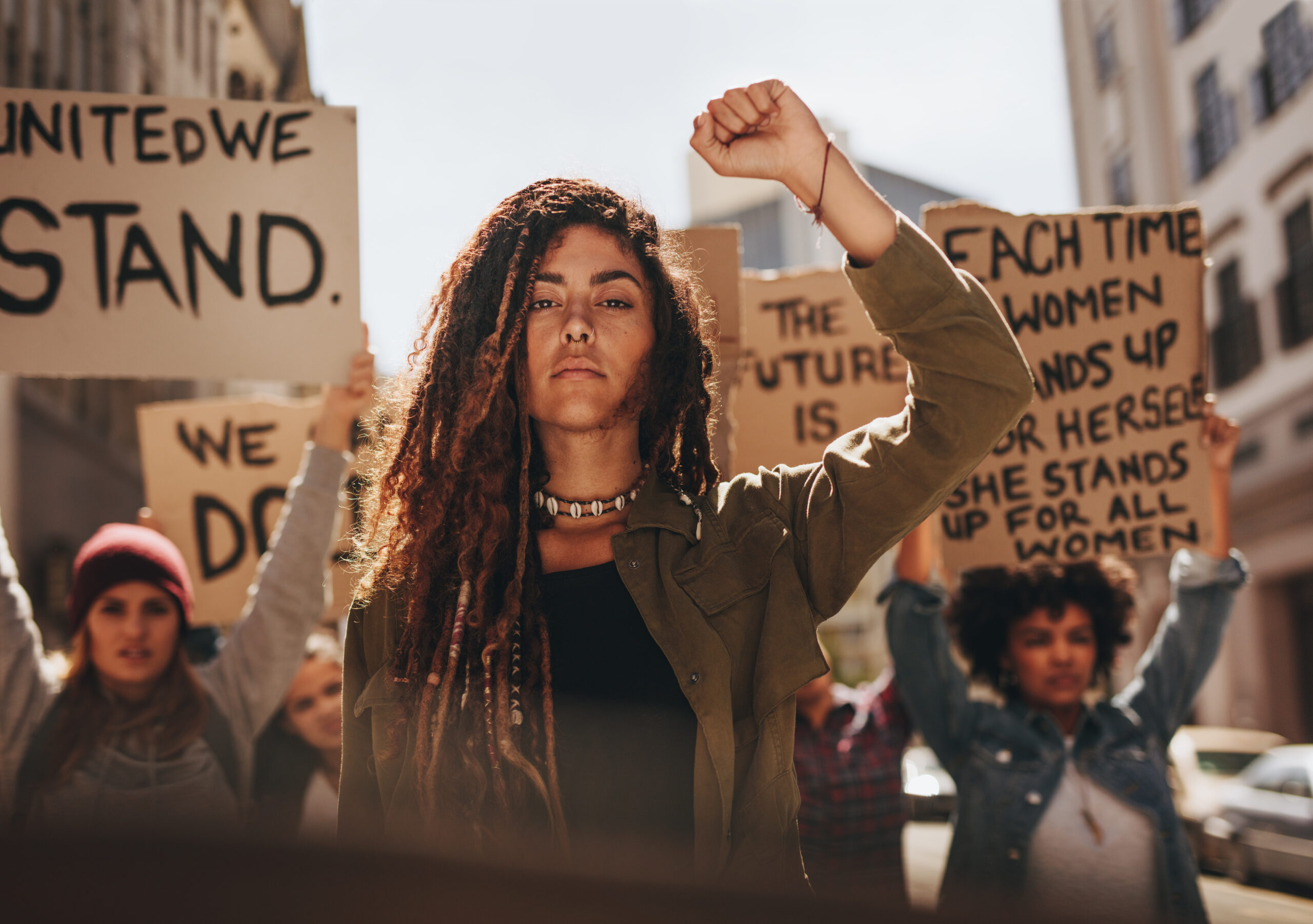 I am a 2nd year Marketing Advertising and Communications student at Sheffield Hallam University. I started this internship under a 6-week Summer contract which has since been extended to just under 12 months. Before starting this internship I had worked numerous part-time jobs, but Siemens was my very first professional workplace related to my degree. There have been plenty of nerves throughout, but as they always say; “hindsight is a wonderful thing”. I wish I could go back a year and tell myself about the experiences and connections I would make here at Siemens. When given this opportunity to share my thoughts in a blog, I chose to write about International Women’s Day. I want to talk about both its history and the hopeful future.

International Women’s Day was originally an idea from Clara Zetkin.  She suggested the idea whilst at a conference in 1910 for working women in Copenhagen. The day would create an alliance, that would allow women in every country to press for demands one day per year.  This day would be honored first in Austria, Denmark, Germany and Switzerland, followed by other nations such as the UK and Russia.

The first celebration of International Women’s Day was unfortunately marked by an event just a week later; the ‘Triangle fire’. The Triangle Fire was a fire that broke out in a factory in NYC that belonged to the ‘Triangle Waist Company’ producing women’s blouses. This factory employed mainly women, often immigrants. 123 women died that day in 1911 by either inhaling the smoke from the flames or jumping from the windows in desperation to flee the building. The youngest of those to die was a 14-year-old girl. The doors that should have provided those desperate for an exit were locked to prevent theft of materials. There were no thefts, but there were the unnecessary deaths of 123 women. Consequently, an inquest was undertaken to review the safety standards of garment factories in the city, most of which hired similar women.

In the UK, the suffragette movement was the most infamous and earliest of its kind. The movement centralized on women achieving the vote in the UK. The masses that joined this movement included women who were born without privilege, and instead were ‘factory women’ facing similar health and safety issues as well as tragedies such as the ‘Triangle fire’. During the industrial revolution, women working in the milling industry were making less than half of what their male counterparts made. However, women made up 75% of the mill workforce. Wage inequality was present then, and still is in 2022.  This is a reality for working women.

The gender pay gap can be a daunting conversation for employees to have with each other, both male and female. Often, these conversations are avoided due to it being seen as either taboo or rude to discuss earnings, as well as fear over the defensive responses from colleagues.  Currently, the average gender pay gap on a global level equates to women earning 82 cents for every dollar a man earns.  It is important to note that this is the average; in some countries, the gap is even wider; in others, it is smaller.

The graph shows the alarming comparison between men and women’s reactions to the gender pay gap.

This disparity is economic but also represents the missed opportunity of growth for the promotion of women as they are more likely to take time off to have and care for children. Equally, women are more likely to work lower-paying roles or part-time roles.

Not only is the pay gap defeating on its own, but it also creates a catalyst of subsequent problems. Women are more likely to experience persistent poverty into old age due to lower wages and lower-paying work opportunities. Additionally, a direct impact then occurs to any dependents, such as their children who then experience childhood poverty. For example, in the UK despite working until pension age, women are more likely to fall into pensioner poverty, with one in five living below the breadline as society’s most vulnerable. This number is higher still for black and Asian pensioners in the UK, with one in three living below the breadline. The use of numbers over personal stories are often ill-favored by me as a way of ‘evidence’ or ‘explanation’, but these figures cannot be ignored or accepted as the norm anymore.

The women around me

To better understand and appreciate the women working alongside me in this industry, I held a lunchtime chat to create a space where I was able to learn from their experiences and take in their knowledge. Although overall it was felt that progress was moving forward, one comment resonated with the group;

“Lots of conversations are happening. However, there is still a tendency to fall back on the idea that women need to be fixed, not the environment and the structure around them”.

We discussed the challenges that modern women faced in the workplace. Often, this included the balance between family life and having a prosperous career. The return to work after starting a family offers a new set of challenges for women. These vary depending on where you may be situated in the world. For many, these issues centralize on the lack of flexible hours and safe spaces to feed children, or having to navigate new roles undertaken to ensure they can continue to perform at work.

For others in countries like the US, that don’t offer statutory paid maternity leave, one in four women are forced to return to work just two weeks after having a baby, often against the recommended minimum of 6 weeks’ leave from work by medical professionals. Not only is this physically draining after giving birth, but it also has an emotional impact on both mother and child due to separation in those formative weeks. As a part of our discussion, I noted how important it was for those who had had children to feel supported in their return to work, such as having mentors as well as being able to share their ideas to senior staff on ideas to physically improve the workspace for women returning to work.

Let me reassure you, Reader, that there is a positive message behind this blog; progress continues to be made by women worldwide taking on the new challenges thrown at us by the workplace and society. International Women’s Day is a celebration for both genders, aiming both to educate and start conversations to reduce inequality for all. My own evidence for this progress is my own internship at Siemens that has provided me with the support and growth I needed as a young woman starting out. I have been lucky enough to have been mentored by a woman who nurtured my voice and my confidence. I am very grateful for the opportunity I have had here. It is not one that all people or all women get to have.

On a final and personal note, I would like to extend my gratitude to all the women in my personal and professional life from who I have been able to learn and gain support. The influence of the female leads in my early life are a credit to my character and have helped create the woman I hope I will continue to grow into.

Women in engineering and the latest development in solar… March 8, 2022 "Diversity produces more creative and well-rounded research" Did you know that International Women’s Day has been observed for over 100…
4 Myths about AI in CFD April 6, 2021 As Artificial Intelligence (AI) has become more ubiquitous in our everyday lives, so too has confusion about what it is…
10 insights from rocket CFD for a mind-blowing moonshot July 29, 2021 This is your guide to a successful moonshot project - with 10 insights that only rocket CFD (Computational Fluid Dynamics)…

This article first appeared on the Siemens Digital Industries Software blog at https://blogs.sw.siemens.com/simcenter/international-womens-day-interning-in-a-male-dominated-industry/