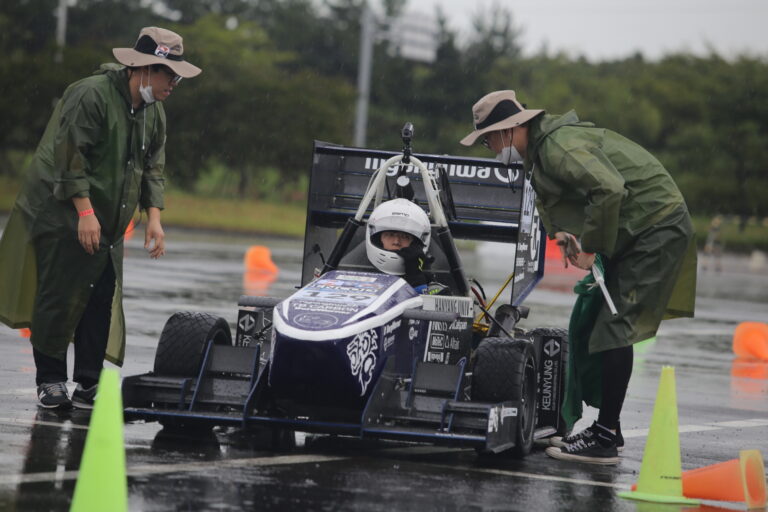 Competing against 117 teams from 74 different universities nationwide, the Siemens-supported student engineering team, Baqu4 of Hanyang University, received a bronze medal for their achievements in the Korean SAE competition. Indeed, by using Simcenter Star-CCM+ they improved the vehicle aerodynamics. And they received honors in three of the competition categories: Baja, Formula, and EV parts.

The Baqu4 team from the Department of Mechanical Engineering at Hanyang University- ERICA campus, brings together students who are passionate about automotive engineering. The team plans, designs and builds off-road vehicles for the Baja competition and on-road vehicles for the Formula and Electric Vehicle ones.

Professor Ki Hyung Lee founded the association in 1999. Since then the teams have continuously improved their vehicle performance in various competitions over the years.

For over 10 years the Korean Society of Automotive Engineers organized the KSAE Competition to help grow and foster the next generation of engineers. With three different sections of the competition, students get to learn a variety of skills through hands-on experience with CAD software. As the largest student engineering competition in South Korea, 56 local automakers and related organizations sponsor that event.

Supported with software used within the industry

Using Simcenter STAR-CCM+, Siemens computational fluid dynamic software, the team could better understand model flaws and improve their design. Baqu4 students team said “Thanks to Siemens’ grant of Simcenter STAR-CCM+, we were able to design the vehicle’s aerodynamics devices. Furthermore, through CFD analysis, we found the target values and evidence.”

The aerodynamics analysis helped them increasing the vehicle’s downforce by over 90% over past models. This design optimization allowed the vehicle to travel faster. Indeed, it increases the vertical force on the tires and keeps the nose of the car planted firmly on the ground.

All of this information was stated in a report, reviewed by the design board review. Thus, the members used it to assess the vehicle design accuracy by comparing aerodynamics CFD analysis and actual driving results.

4 Myths about AI in CFD April 6, 2021 As Artificial Intelligence (AI) has become more ubiquitous in our everyday lives, so too has confusion about what it is…
If you can’t take the heat… Simulate it! Reducing VTM costs… June 10, 2021 Find out how to efficiently and accurately simulate VTM using Simcenter Engineering's multi-fidelity workflows.
Is e-bike noise an issue? Quit whining! June 2, 2021 E-bikes become quite popular these days. Besides the operating range, also the generated noise is an important quality aspect for…
This article first appeared on the Siemens Digital Industries Software blog at https://blogs.sw.siemens.com/simcenter/hanyang-university-student-team-improved-vehicle-aerodynamics-to-excel-in-korean-sae-competitions/