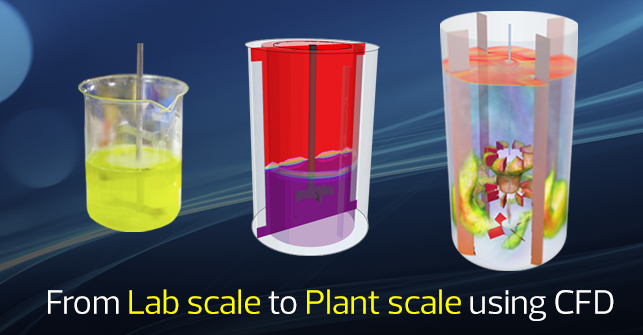 As anyone who has ever raised a child will know, parenting (in whatever form) is a scale-up problem. Each child is the product of many complex and interacting variables. Some of the obvious ones include: likes and dislikes; temperament; learning preferences; and emotional, social and physical needs. None of these are constant, and all of them change as the child grows. Most people deal with this challenge with the help of more experienced parents and caregivers, by reading books on parenting, or, most often of all, good old trial and error.

If we called a child a system (please don’t tell my wife I just did that), what is fundamental is to understand the system behavior. Unfortunately, unlike an industrial scale-up problem, the system does not follow any rules of physics, instead following the much less predictable rules of psychology.

Either way, one can always imagine how the scaled-up system (how would you want your child to behave as an adult?) would behave based on expected outcomes from the process. This behavior is inherently tied to the physics governing the system. It is however quite common to perform trial and error procedure to understand the behavior rather than trying to build relationships between the variables governing the system.

While it would be impossible to perform that for a human, it is difficult but doable for a given industrial system. It can be done in various flavors such a 1D model considering only part of the physics and assuming rest to behave ideally (e.g. if a child learns to read and write, ideally he or she will be able to communicate). Alternatively, it can be done at a more detailed 3D level (e.g. a person needs to learn to read and write but also understand what is needed to interact with a variety of humans to communicate effectively).

The examples above can be equated to the design of an equipment where two streams are being added. It can be designed to carry out a reaction based on a model for reaction in 1D. Underlying assumption is that the streams should mix themselves in ideal manner. You will now realize that it is far from what is reality, just as it is to expect someone to communicate well just based on the fact that he has learned to read and write.

We can try to imagine a process of crystallization in an industrial crystallizer where the formation of crystals is dependent on concentrations, shear and other variables at micro scale. On a macro scale, the overall flow and heat transfer is affecting how the necessary variables are governed at micro scale.

Almost all of the processes in chemical and allied industries consists of macro and micro level phenomenon and almost all of them need a scale up from a lab environment to a plant environment. Business dictates what the outcome from the plant should be. Research drives how the micro scales affect and govern a particular process. Simulation fills the gap of scaling up. There are numerous examples and ways where it has been utilized successfully, especially for difficult to understand processes / child. It perhaps has the role of a parent.

4 Myths about AI in CFD April 6, 2021 As Artificial Intelligence (AI) has become more ubiquitous in our everyday lives, so too has confusion about what it is…
Surfboard CFD - Riding the Digital Wave July 29, 2022 The flip-flop engineering symposium Monday, December 9, 2019, 7 pm. Sunset Beach Elementary School Cafeteria, Oahu's North Shore, Hawaii. Two…
Model-based design from ICEs to ICUs: Bridging the… November 10, 2021 The events of the past few years have turned global attention towards health and, more specifically, healthcare. From the images…
This article first appeared on the Siemens Digital Industries Software blog at https://blogs.sw.siemens.com/simcenter/from-lab-scale-to-plant-scale-using-simulation/