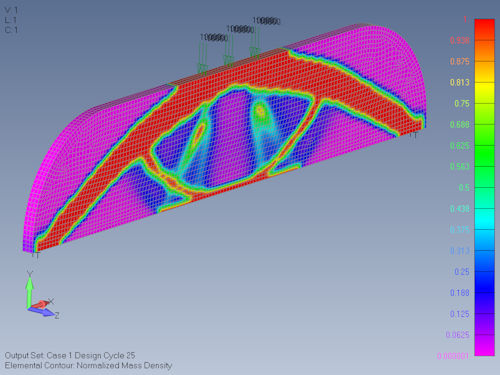 The new release of Femap – version 12 – is coming up soon, so let’s take a look at the new solver updates included in the release. Version 12 will include support for multi-step nonlinear solutions, a new topology optimization capability, extensions to design optimization, as well as numerous enhancements to the ANSYS solver interface.

The multi-step nonlinear solutions include SOLs 401 and 402 which allow a more flexible subcase-based approach to analysis control. SOL 402 is the multi-step solver with kinematics which has similar workflows and combines the advantages of solution sequences 401 and 601. Watch the video below to find out more about postprocessing enhancements in Femap version 12.

Stay tuned! We’ll be outlining more new features and capabilities of Femap version 12 as we run up to the release.

What's New in Simcenter Femap 2022.1 January 19, 2022 The latest version of our industry-leading finite element analysis (FEA) solution breaks new ground with advanced analysis types and other…
4 Myths about AI in CFD April 6, 2021 As Artificial Intelligence (AI) has become more ubiquitous in our everyday lives, so too has confusion about what it is…
Topology optimization – CFD creating designs like nature October 19, 2020 https://www.youtube.com/watch?v=Tc6D4P7cfpE It’s this time of the year that I get to go away with my family and enjoy vacations in…
This article first appeared on the Siemens Digital Industries Software blog at https://blogs.sw.siemens.com/simcenter/femap-12-preview-of-newly-supported-solver-capabilities/