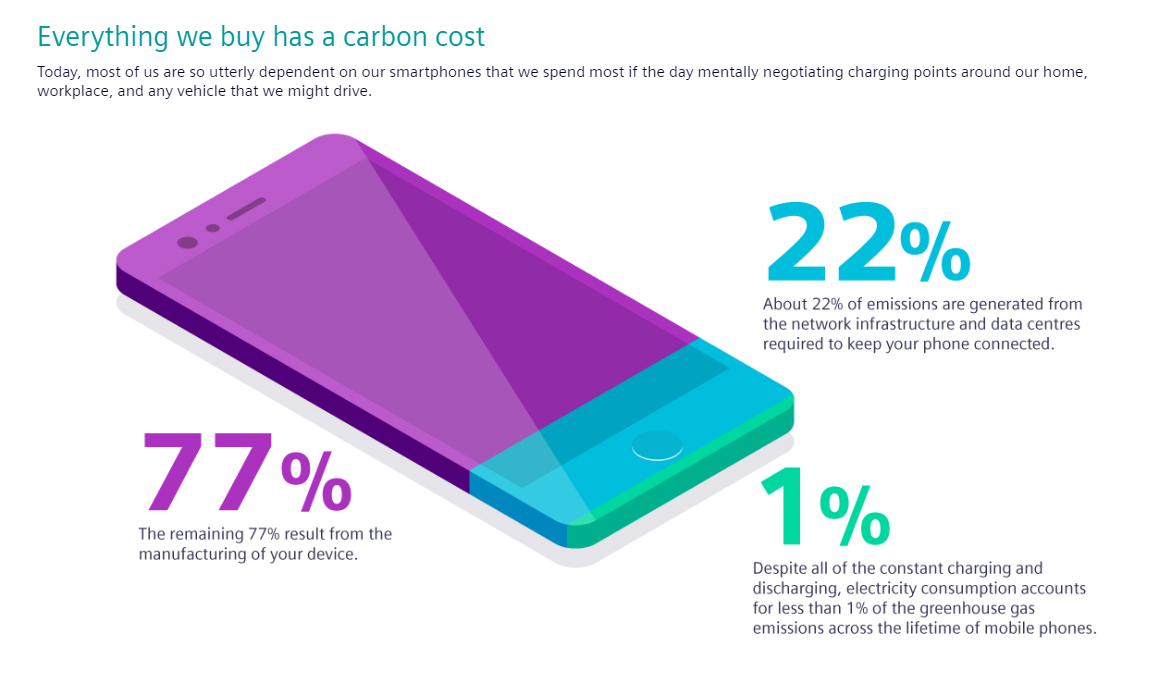 In all things, across the whole universe, the natural direction of travel is from order to disorder. The Second Law of Thermodynamics states that, in an isolated system, the net entropy (which is a measure of the degree of disorder) must increase over time.

Hot objects become cold. Mountains erode. Living organisms die and decay. My office becomes (even more) untidy. And, eventually, and without effort, the house in which I live will collapse to ruins and eventually to dust.

This process is inevitable, unrelenting, and, if you think about it for too long, rather depressing.

The good news is that the opposite – building order from disorder – is indeed possible (in a local sense at least) but requires the input of enormous amounts of energy. The immense complexity we see manifested as life on our planet is only possible because the Sun bombards us with 173 trillion watts of thermal energy. Any local decrease in entropy (increased complexity) on the surface of our planet is only possible because the entropy at the core of our Sun increases by an even larger amount as it slowly exhausts its fuel.

Manufacturing anything involves taking random combinations of atoms (usually manifested as a raw material) and processing them in various ways before combining them into components. Components are then combined into assemblies, which are further combined into larger assemblies, and eventually into a useful product.

Take the mobile phone (or another computing device) that you are probably using to read this article. It contains thousands of individual components manufactured from exotic materials extracted at great cost and shipped across the world. That process of building order from chaos (reducing entropy) requires large amounts of energy.

And yet, in the modern world, we take these things for granted. Few products are built to last a lifetime. And the asphalt streets of the towns and cities (made of concrete steel and glass) which we live in are clogged by an armada of delivery drivers who deliver more “things”. And not because the old “things” stop working, but often because “new things” are more attractive.

Before the industrial revolution, there were few “things”, and most of them were made by hand. In the modern world, we depend on lots of “things”. Unfortunately, most of them depend on burning (or sometimes processing) large amounts of fossil fuels. That comes at the cost of 31 billion tonnes a year of greenhouse gases entering the atmosphere.

Because of this, everything we buy has a carbon cost associated with it (even the food that we buy from the grocery store).

Let’s return to the example of the expensive computing device you are using to read this article. Today, most of us are so utterly dependent on smartphones that we spend most of the day mentally negotiating charging points around our home, workplace, and any vehicle that we might drive. Despite all of the constant charging and discharging, electricity consumption accounts for less than 1% of the greenhouse gas emissions across the lifetime of mobile phones. About 22% of emissions are generated from the network infrastructure and data centres required to keep your phone connected. The remaining 77% result from the manufacturing of your device.

Embedded emissions are the sum of all greenhouse gas emissions required to bring any given product to market. They include emissions generated from the extraction of raw materials, processing of those materials, and the manufacturing and transportation of the final product.

Unfortunately, unlike the price (or the ingredients), this is not usually recorded on the product label. But environmentally conscious consumers are increasingly considering the embedded carbon cost when making purchasing decisions about a product.

In this blog, we’ll explore some of the challenges and how product manufacturers are using simulation and test to reduce embedded emissions.

Manufacturing processes usually require the generation of large amounts of mechanical power to shape raw materials into individual components. They are moved along a production line where they are combined into sub-assemblies, assemblies and eventually into a tangible product.

Since the Industrial Revolution, combustion engines have provided most mechanical power. However, in seeking greater efficiency, more control and less pollution, the electrification of industry has seen many of those engines replaced with motors.

Many industrial processes also have to be carried out in a tightly controlled thermal environment, so electricity can also be consumed in heating or cooling elements of the production process using electric heat pumps. However, very high temperatures can sometimes only be economically achieved using combustion (see below). Electricity is also used to power compressors, pumps, lighting and a massive number of other processes.

Of course – electricity is only low-carbon if the method used to generate it doesn’t involve large amounts of fossil fuels (solar, wind, hydro or nuclear). To a certain extent, industry is dependent on the national grid of the country in which their production facilities are based. However, in a bid to reduce embedded emissions, manufacturers are increasingly investing in their power generation infrastructure, such as solar panels or on-site wind turbines. I’ve written extensively about how simulation is contributing to the switch to low-carbon electricity.

Despite all of this, only about 25% of the energy consumed in manufacturing is from electricity, which probably means that most of the remainder comes from fossil fuels. There is still more to be done.

Many industrial processes require extreme temperatures that are often only achievable using combustion rather than electrical heating. Even where electric heating is possible, the cost (both carbon and economic) of retrofitting heat pumps in place of furnaces is often prohibitive.

In these situations, synthetic fuels such as hydrogen or ammonia might provide a solution. Although it is possible to manufacture “green hydrogen” using electrolysis from low-carbon electricity sources, currently the vast majority of hydrogen is extracted from fossil fuels and has a high carbon footprint. I’ve previously explored how simulation is helping to deliver low-carbon hydrogen in the future.

Although carbon dioxide is often demonised in the climate debate where we talk about “low carbon”, “net-zero carbon”, and “carbon footprints”, the truth is that carbon atoms are uniquely versatile because they easily bond with a wide variety of other elements.

Steel is an alloy of pure iron and very small amounts of carbon (usually less than 0.5% by weight). Steel is stronger than iron (in terms of yield and ultimate tensile strength) and tougher than most types of iron as well (measured as fracture toughness). Steel is fundamental to almost every construction project on earth, which is why our rapidly expanding population requires nearly 2 billion tonnes of it every year to feed that expansion. The problem is that for every tonne of steel we produce,  1.8 tonnes of carbon dioxide is released into the atmosphere.

Similarly, cement – which we produce about 4 billion tonnes a year of – requires calcium. To get calcium, we end up burning limestone in a high-temperature furnace which releases large amounts of carbon dioxide. Every tonne of cement requires the release of about a tonne of carbon dioxide.

So of the 16 billion tonnes of greenhouse gases released by ALL industries, more than half comes from the production of cement and steel alone. Although there are various small-scale attempts to reduce emissions in cement and steel production, none seem capable of reducing that amount to zero in the next 25 years.

It is likely therefore that we will have to rely on carbon capture in order to reduce the emissions from these sectors. An added benefit of that is that the captured carbon might be used in the manufacture of plastics, most of which are currently by-products of the petrochemical industry.

Of course, the embedded emissions of any product that reaches the market must also include the emissions embedded in any waste material, or rejected instances of the product that fail a quality control check. Although much of this material will hopefully be recycled (or perhaps repurposed) rather than disposed of, those processes also consume energy and cause carbon emissions.  Simcenter is used extensively to reduce waste during manufacturing processes.

This also applies at the end of the life of a product. The product’s disposal or recycling costs must also be accounted for when calculating the embedded emissions inherent in a product.

Since embedded emissions can effectively be averaged out over the useful lifetime of your product, then ideally that product should be as robust and durable as possible. This is obviously the case with projects that require a large capital investment such as buildings, aircraft, power stations or large ships.

Unfortunately, many consumer products are designed with early redundancy due to the rapidly shifting tides of consumer preference and technological advancement. As consumers, we can influence this by simply buying less stuff and changing it less often.

Ultimately it’s down to us as consumers to be aware of the carbon emissions of the products that we buy and use them when making buying decisions. If you are interested in doing that, I can highly recommend the book “How Bad Are Bananas? The Carbon Cost of Everything” by Mike Berners Lee. Although if you decide to buy it, be aware that an e-book has much lower embedded emissions than a paper copy.

4 Myths about AI in CFD April 6, 2021 As Artificial Intelligence (AI) has become more ubiquitous in our everyday lives, so too has confusion about what it is…
If you can’t take the heat… Simulate it! Reducing VTM costs… June 10, 2021 Find out how to efficiently and accurately simulate VTM using Simcenter Engineering's multi-fidelity workflows.
Is e-bike noise an issue? Quit whining! June 2, 2021 E-bikes become quite popular these days. Besides the operating range, also the generated noise is an important quality aspect for…

This article first appeared on the Siemens Digital Industries Software blog at https://blogs.sw.siemens.com/simcenter/embedded-emissions-the-carbon-cost-of-everything/