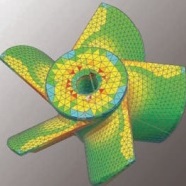 Change is difficult. Anyone who has ever tried to quit smoking or stop eating junk food can attest to that. But just as those changes make for a healthier lifestyle, so too does an integrated CAD/CAE system improve the product development process. Still, people resist and even downright dread such a transition.

There is a long history of separateness between CAD and CAE. Different roles in distinct departments have performed each one with little to no input or interaction from the other. While some companies have begun to implement “design engineers” and smaller companies may employ people who perform multiple roles, this separateness has largely remained unchanged in many companies today, despite the market’s recent trend toward integration.

It is this history that makes some engineers hesitant to adopt new methods. Many CAD designers or CAE analysts have been in the industry or even their particular role for decades. They are comfortable with the way things are; after all, this is how it’s always been since CAD and CAE were first introduced. You might recall the idiom, “If it isn’t broke, don’t fix it.” This phrase implies it would be a mistake to try to fix something that already works—and has worked—just fine for years.

However, we have to remember that improvement comes not from doing things as we always have but instead from trying new ways. Product development depends on innovation, and what is innovation if not another word for change?

Integrated CAD and CAE helps engineers develop better products by nurturing collaboration. It also increases the speed with which designs can be simulated and iterated, so end users get better products faster, and the companies that produce them spend less money and time on design and analysis.

Why then are people hesitant to move toward an integrated system? Some CAD designers and CAE analysts fear being replaced. As CAE analysis becomes more central in the design process and the lines between roles are blurred, many engineers believe companies will consolidate roles and eliminate jobs.

We see integration, however, as an opportunity for engineers to do more value-added work. By enabling a CAD designer to do basic simulation of his model with an automated and guided process, it frees up the CAE analyst to perform more complex analysis and focus efforts on future projects, which supports innovation.

NX CAE offers a number of ways to automate CAE processes to enable designers and less experienced CAE users to perform analysis and get results.  NX Durability Wizard is one such example; it offers an intuitive, guided process to predict the strength and  fatigue safety of products subjected to prescribed cyclic loading. The wizard guides you through a few simple steps to assess the durability of your model.

This demonstrates CIMdata’s statement that Siemens PLM Software offers a comprehensive solution for integration with the NX CAD and NX CAE software lines.

4 Myths about AI in CFD April 6, 2021 As Artificial Intelligence (AI) has become more ubiquitous in our everyday lives, so too has confusion about what it is…
Model-based design from ICEs to ICUs: Bridging the… November 10, 2021 The events of the past few years have turned global attention towards health and, more specifically, healthcare. From the images…
The 4 trends you should not miss in NVH engineering December 2, 2020 What is the role of noise, vibration, and harshness (NVH) engineering in the vehicle development cycle today? How does the…
This article first appeared on the Siemens Digital Industries Software blog at https://blogs.sw.siemens.com/simcenter/cad-cae-integration-lets-analysts-focus-on-future/