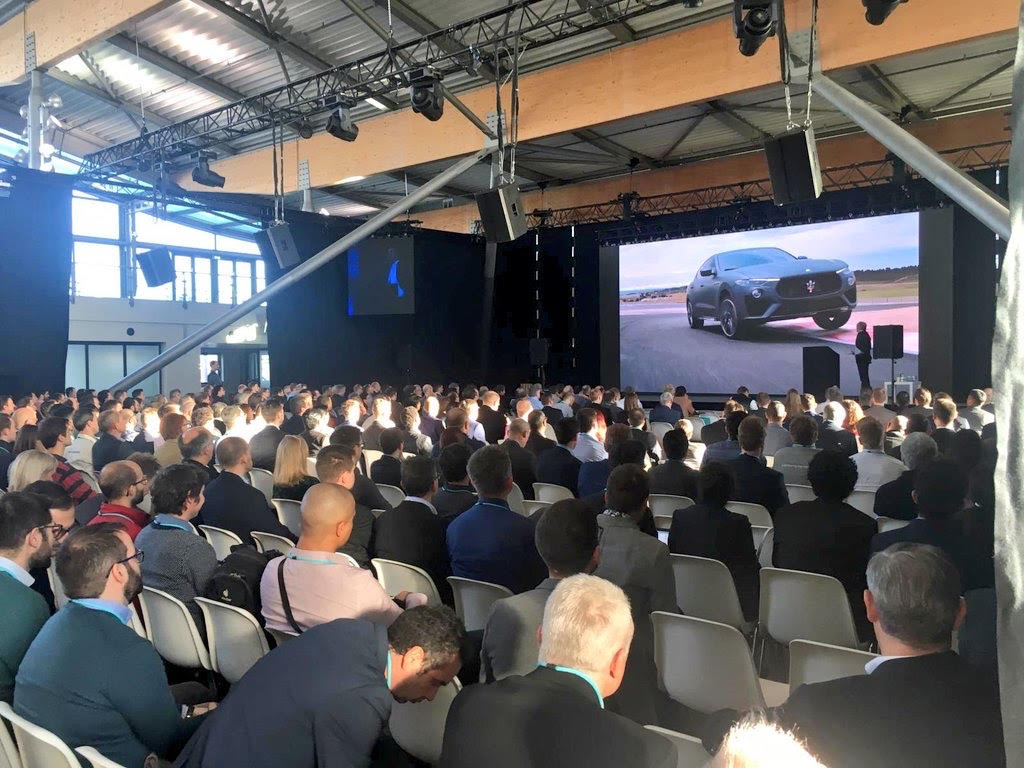 “An Englishman, an Irishman, and a Scotsman walked into a bar…” was the opening of almost every joke when I was a child (and I’m sure that wherever you come from there are jokes about national stereotypes).  Those jokes were almost never funny, and I mention them only now because earlier last week a funny thing happened…

“10 Americans, 8 Russians, 3 Israelis, 2 Africans, 5 Japanese, and someone from Peru walked into a Ferry Terminal, and something magic happened”. In fact, they were joined by peers from every corner of the globe, representing every industry and application area. With more than 600 attendees and over 130 customer presentations, it was not only the biggest Simcenter Conference of all time but probably one of the largest ever gatherings of simulation and test engineers.

The “something magic” is the thing that I feel is the most powerful force operating in the world today: the power of community. Conferences such as this one are often described as “networking events”, but that word only implies the making connections in a business sense. At the Simcenter Conference, the bonds that are forged (often with aid of copious quantities of alcohol) are in my experience much more visceral. Connections that transcend arbitrary identities such as nationality, industry, or application area. More than anywhere else, the Simcenter Conference is somewhere that you can rejoice in being an engineer.

And it is not just me that feels that way, respected industry analyst Massimo Fucci had this to say: “I would like to congratulate you and your staff for the great work done in the preparation and management of the Simcenter event in Amsterdam. I have rarely been able to touch such a deeply felt participation. People were happy to be part of a community. Bravi”

Over the past 26 years of attending the Simcenter Conference (and it’s predecessors), I’ve made life long friendships, to the extent that arriving at the conference often feels like a family gathering. One of those friends is Erwin Schnell who has attended every one of the 28 STAR and Simcenter Conferences (stretching back to 1991). Erwin told me: “The Simcenter Conference is the platform to interact with all of the different companies, competitors, customers, and Siemens staff. I honestly did not expect this atmosphere-/character-conservation to happen in the face of the transition to SIEMENS. It’s excellent I love it.”

It’s not just “industry veterans” like myself and Erwin that feel that sense of community. Even young and promising engineers attending their first Simcenter Conference feel it too. Chantel Niebuhr, one of our student contest winners said: “One thing I learned at the Simcenter Conference is that I am not alone in my research and problems because my problems are similar to everyone else’s”

I’ll be writing some more on the technical lessons of the Simcenter Conference 2019 next week, until then I leave you with the warm glow of a wonderful community experience, with the highlights video:

4 Myths about AI in CFD April 6, 2021 As Artificial Intelligence (AI) has become more ubiquitous in our everyday lives, so too has confusion about what it is…
Surfboard CFD - Riding the Digital Wave July 29, 2022 The flip-flop engineering symposium Monday, December 9, 2019, 7 pm. Sunset Beach Elementary School Cafeteria, Oahu's North Shore, Hawaii. Two…
Model-based design from ICEs to ICUs: Bridging the… November 10, 2021 The events of the past few years have turned global attention towards health and, more specifically, healthcare. From the images…
This article first appeared on the Siemens Digital Industries Software blog at https://blogs.sw.siemens.com/simcenter/building-communities-at-the-simcenter-conference-2019/