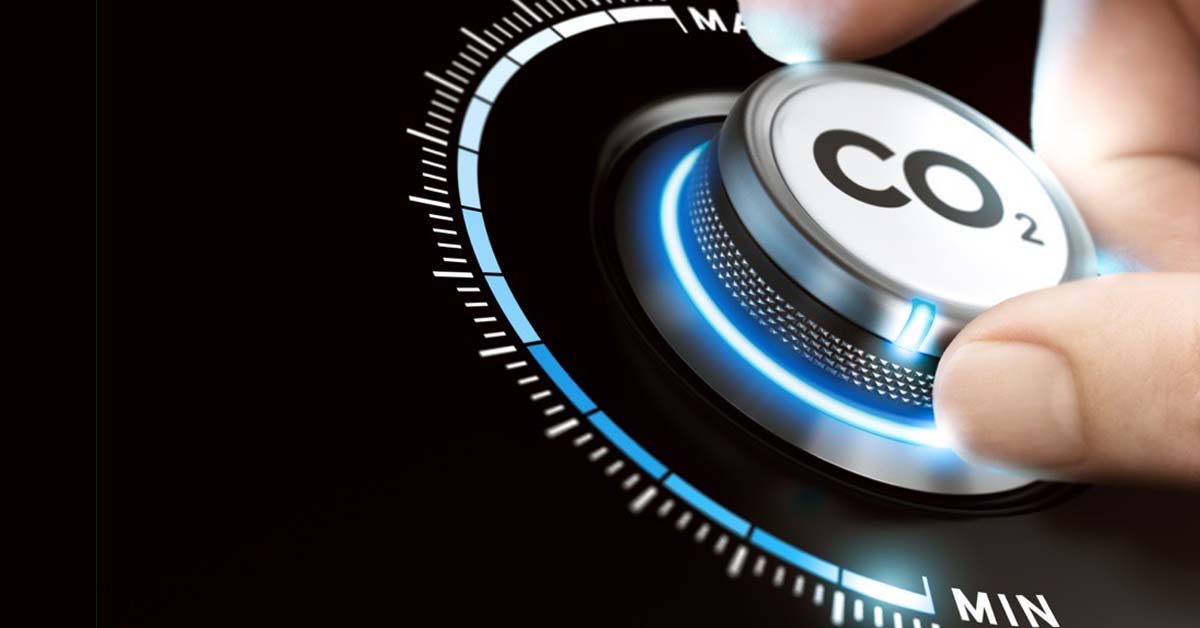 As a species, we dump 51 billion tonnes of carbon emissions into the atmosphere and oceans every year. With 8 billion of us on the planet, that’s an average of 6.4 tonnes of greenhouse gases a year, per person! However, that includes people in less economically wealthy countries who contribute much less than their “fair share”. If you are located in one of the regions shown below, then chances are that your emissions are considerably higher than 6.4 tonnes.

For the past few months, we’ve been writing about how simulation and test plays a vital role in engineering solutions to our climate emergency. To avoid the worst effects, we will have to reduce our individual emissions to zero in the next 28 years. In time, engineering innovation will help deliver some of those savings. There are a few simple things that we can start doing today to reduce our greenhouse gas emissions.

In this blog, I will focus on some of the practical and pragmatic things that I think are relatively easy to achieve:

The biggest thing that most of us could do to cut our carbon footprint is to reduce our meat consumption — especially ruminants such as beef and lamb.

The problem is that cows produce a lot of methane. The equivalent of about 2 billion tonnes of carbon dioxide in global warming terms. That’s 4% of all greenhouse gas emissions from dairy, cattle belching, flatulence and manure alone. Some estimates claim that the dairy and beef industries are responsible for about 14.5% of all greenhouse gas emissions. There are about 1.5 billion cattle in the world, that’s 1 cow for every 5 people alive today.

Vegetarian or vegan readers of this blog might argue that the ideal solution would be for everyone to stop eating meat (and perhaps other animal proteins) immediately and forever. However, I’m not convinced that this is a pragmatic solution to the climate emergency.

Another recent study calculated that 14% of consumers are vegetarian (11%) or vegan (3%). Another 20% of consumers are “flexitarians” who limit their meat intake. (I’d probably count myself among them). It is unlikely that we could convince enough consumers to entirely turn their back on meat in the timescales required to avert a climate disaster.

If not beef, then what options will reduce carbon emissions the most?

In economically rich countries, we typically eat around 100kg per person of meat a year (even when accounting for the ever-growing band of vegetarians and vegans). So for Americans (with their love for all things beef, are one of the highest consumers of it, globally), we can do the following calculation:

So for about 620 kcal of meat per day, the average American causes the emission of about 3.5 tonnes of greenhouse gases per year. Most of us could easily slash our carbon footprint by a tonne or two just by reducing (or better still, eliminating) red meat from our diet.

It is abundantly clear the planet cannot cope with the estimated 70 billion farm animals required to feed a rapidly growing population. Engineering innovation might provide an answer though through cultivated meat grown in a lab rather than on an animal. Find out more in “Engineering the low-carbon, cruelty-free, lab-grown hamburger of the future“.

There are about 1.5 billion cars in the world. It would have been easy for me to say “go and buy an electric car” or “stop driving altogether”, but neither is an immediate practical solution for most people unless you live somewhere with excellent public transport. Many of us are entirely dependent on gasoline or diesel cars for the time being. The one thing all of us can do tomorrow, whether we drive an electric vehicle or one powered by fossil fuels, is drive slower.

In the UK and America, the maximum speed limit is about 70mph and about 130kph in several European countries. Most drivers get in the habit of driving at or above the speed limit.

The problem is that the aerodynamic drag, which is by far the most significant force acting upon your vehicle, increases with the square of the speed and the engine (or motor) power required to overcome that drag with its cube. Driving at 65mph instead of 75mph reduces your aerodynamic drag by 25%, and the engine power needed to overcome that drag by 35%. This means you use less fuel (or battery power) and reduce your greenhouse gas emissions compared to driving the same distance faster.

This approach might add a few minutes to your journey time – although some will be recovered with less time wasted during less frequent refueling or recharging.

Electric is not the only answer for carbon reduction

Driving consistently slower will significantly reduce your CO2 emissions. It will also reduce your fuel or electricity bills, saving you money, which is important at a time of record energy prices.

As a relatively new owner of an electric vehicle, I take that approach even further by driving at 55mph, often drafting behind a big truck (at a safe distance) for further aerodynamic savings. The motivation for this is that I can now track my miles per kWh in real-time, getting the maximum range from my battery.

According to the US Department of Energy, the average car will be at its advertised fuel (or energy) efficiency at 55mph, with efficiency decreasing and carbon emissions increasing with speed:

Given that the average petrol car does about 36 miles per gallon, and dumps about 265g of CO2 per mile out of its exhaust pipe, in a 10,000-mile year you will emit more than a quarter of a tonne of carbon dioxide, and probably that again if you include the embedded carbon cost of manufacturing the vehicle.

If you absolutely must drive a car powered by fossil fuels (or even one powered by electricity partly derived from fossil fuels), then driving it slower will help to reduce your carbon footprint.

Find out more about how Simcenter is enabling lower-carbon transport in “Veering Off Course: Transportation Emissions & The Climate Crisis”.

About 19% of all global greenhouse gas emissions come from food production (a figure that would be much higher if we included transportation and refrigeration costs). About a third of the food grown for human consumption is never eaten and ends up in the trashcan rather than inside your stomach. Some estimates suggest that wasted food is responsible for around 8% of all greenhouse gas emissions.

The trick is only to buy food you think you will eat (and avoid gimmicky “buy-one-get-one-free” offers that tempt you to buy more than you need). It’s also worth trusting your sense of smell and taste more than the “use by” labels on your food. Most of our ancestors avoided food poisoning using common sense in the pre-supermarket era.

Freeze food while it’s fresh, but don’t forget to eat it later. Many of us have a freezer full of food that we’ll never eat. The only thing that is worse than throwing away fresh food is throwing away frozen food after you’ve wasted energy freezing it.

Although simulation and test probably won’t do much to cut your food waste, Simcenter is being used to design more energy-efficient (and therefore lower carbon) refrigeration.

The streets of the towns or cities in which you live are clogged by an armada of delivery drivers who are charged with delivering an endless stream of cardboard packaged “things” that we use as a temporary substitute for happiness. Usually, it is not because the old “things” stop working, but often because “new things” are more attractive.

Before the industrial revolution, there were few “things”, and most of them were made by hand. In the modern world, our attitude towards possessions and consumption has shifted. We depend on lots of “things ” to not just sustain us but entertain us. Unfortunately, making or manufacturing them depends on burning (or sometimes processing) large amounts of fossil fuels. That comes at the cost of 31 billion tonnes a year of greenhouse gases entering the atmosphere.

We have to account for the carbon cost of making those “things” and packaging them, transporting them, using them, and ultimately disposing of them. It all adds up, and it’s very wasteful. It’s difficult to calculate a specific amount of carbon dioxide that can be saved without looking at individual buying habits. Be aware of the actual cost when indulging in the instant gratification of the “one-click” purchase button.

Learn more about how Simcenter is helping to reduce embedded emissions in “the carbon cost of everything“.

Or better still, don’t book it in the first place. And that goes for business trips too (video conferencing is a thing).

At the beginning of this blog, I promised that these would be “easy to achieve” ways to reduce one’s carbon footprint. It appears I lied. In the pre-pandemic world, some of us were very used to jetting around the globe to exotic foreign destinations. Everyone loves a holiday, and most of us are overdue at least one holiday.

So a single business class trip (or three economy trips) across the Atlantic generates about as many greenhouse gas emissions as an average person does in a year. For example, in the UK, about 10% of emissions are from flying. This means that you can quickly reduce your carbon footprint by a tonne or two by holidaying at home, or perhaps by taking the train where possible.

I’m not saying “never fly again,” but we all need to fly less.

Unlike most other “sacrifices”, engineering won’t have an obvious solution to this one anytime soon. Aircraft manufacturers are split on whether biofuels or synthetic hydrogen is the best way of achieving low-carbon long-haul flights. I explored the challenges of engineering low-carbon synthetic fuels in “What colour is your hydrogen future“.

By adopting any, or all, of these simple life hacks, most of us could immediately reduce our own greenhouse emissions. However, not all of this is within our direct control. Reaching net-zero emissions will require vast amounts of innovation from the engineering community. Find out all of the ways that Simcenter is helping to inspire that innovation by visiting oursustainableworld.com

Veering Off Course: Transportation Emissions & The Climate… January 11, 2022 Can significant parts of transport be decarbonized with existing technology? What are the barriers?
4 Myths about AI in CFD April 6, 2021 As Artificial Intelligence (AI) has become more ubiquitous in our everyday lives, so too has confusion about what it is…
Surfboard CFD - Riding the Digital Wave July 29, 2022 The flip-flop engineering symposium Monday, December 9, 2019, 7 pm. Sunset Beach Elementary School Cafeteria, Oahu's North Shore, Hawaii. Two…

This article first appeared on the Siemens Digital Industries Software blog at https://blogs.sw.siemens.com/simcenter/5-easy-ways-to-cut-your-carbon-footprint/