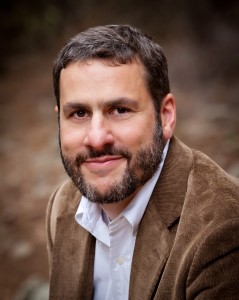 A couple weeks ago, I attended the Congress on the Future of Engineering Software (COFES) that is held out in Phoenix AZ about this time every year. It brings together industry analysts, users of engineering software as well as software providers for in-depth discussions on where the industry is going.

While there, I led a discussion session on the consolidation that’s been happening in the CAM industry. If you don’t know, this highly fragmented space has seen a number of mergers and acquisitions in the last few years. We got together to talk about the resulting implications.

The most interesting aspect of this discussion, however, wasn’t about the business end of CAM. It was how the participants stereotyped machinists as highly resistant to change. We all get set in our ways. But I started to wonder to myself, if there are technology advancements, will machinists take advantage of it?

The Trend of Increasing PMI

Am I talking about some far off technological leap for machinists? Actually, no. There’s a movement occurring right now that promises some value for machinists. In the 3D Collaboration and Interoperability study I am conducting right now, 40.2% of respondents are creating 3D models with Product and Manufacturing Information (PMI). What is PMI? Here’s the wikipedia definition.

So basically, this looks, acts and feels like a drawingless movement. However, this same study shows that 38.7% of those creating 3D models with PMI are also still using drawings to create NC toolpaths. Believe me, drawings aren’t going to disappear.

The Value of PMI for Machinists

So why exactly is this a big deal? Well, essentially, it’s about automation.

When 3D modeling hit the industry, machinists were suddenly able to generate NC toolpath coordinate moves from design geometry. That automated part of the task, however. The machinist still had to use their experience and knowledge to select the tool, the feeds and speeds that were most appropriate based on the other characteristics of the design like materials used, surface finish required and tolerance needed.

Now that non-geometric information is being embedded within the 3D model, there is a new opportunity. That information can be extracted to additionally determine tools, feeds and speeds in an automated fashion. So now, machinists no longer need to laboriously tweak every single detail of the NC toolpath. Instead, they can verify that the toolpath does its intended job and validate there are no clashes.

For the machinist, this removes a lot of mundane detail work. For the organization, if the generation of toolpaths has been a bottleneck, machines can attain a higher utilization rate. So there is value on both sides of the fence.

Is PMI new? Well, actually, this concept has been in existence for quite some time. And to be frank, few organizations adopted it over the past years. The difference this time, however, is that many defense contracts are now requiring the delivering of PMI as part of the 3D model. In fact, in the 3D Collaboration and Interoperability, 76.2% of those creating 3D models with PMI are contractually required to do so. Nothing like a customer requirement to get things started, right?

Now, nowhere in these contracts does it state that defense suppliers must machine using 3D models with PMI. It’s simply an opportunity. One that promises great value.


Now, getting back to my original question, are machinists ready to take advantage of this opportunity?

This article first appeared on the Siemens Digital Industries Software blog at https://blogs.sw.siemens.com/nx-manufacturing/will-machinists-capitalize-on-the-pmi-opportunity/