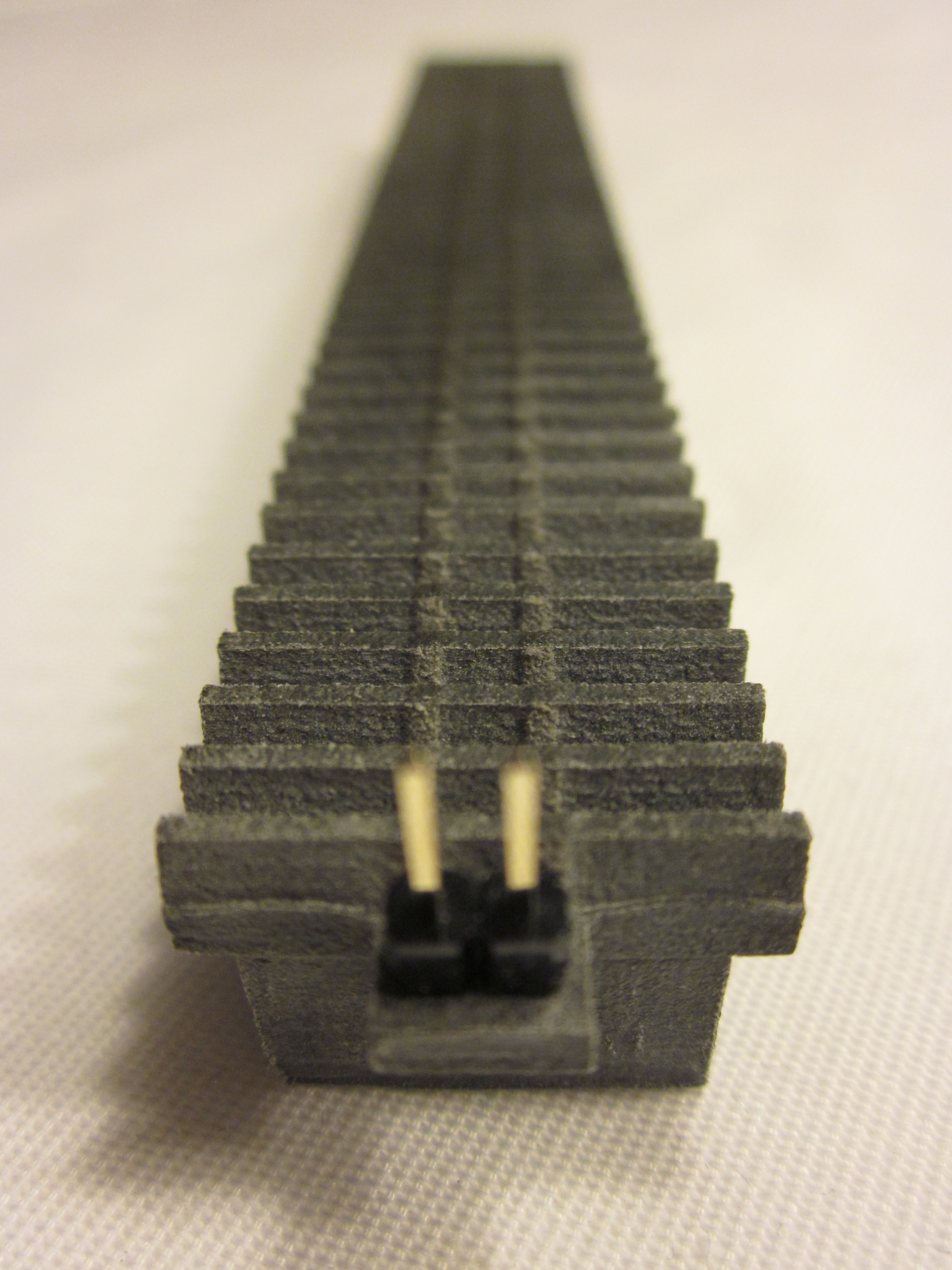 Just a little while ago, we announced some big news. At our annual analyst conference, Siemens and HP announced a strengthening of our partnership around additive manufacturing (AM).  NX is now a certified software solution for use with HP’s Multi jet Fusion 3D printing technology.  If you have not had a look at HP’s new 3D printers, I highly suggest you do.  HP has built on top of their expertise in inkjet printers to create a new type of 3D printing technology.  The Multi Jet Fusion printers use powdered plastic and special liquid “agents” to bond the powder.  Similar technologies have been available before, but the HP process has the potential to change what we thought possible with 3D printing.  However, I am getting a bit ahead of myself…

As part of our announcement with HP, Siemens has released a new software suite called NX AM for Multi Jet Fusion. This package includes a license of NX with all of the capabilities necessary to work with HP’s printers, such as functions for part preparation, build tray setup, and basic 3D nesting as well as a build processor to connect to HP Multi Jet Fusion printers.

Siemens NX sofware nesting parts and optimizing the build tray for printing on a HP Multi Jet Fusion PrinterOne item of interest is the 3D nesting capability. The HP Multi Jet Fusion system uses a bed of powdered plastic as the base material for printing.  As with most other powder bed-type printers, the printing of the layer takes less time than the movement from one layer to the next.  Therefore, one strategy for minimizing print time is to minimize the number of layers that are printed.  We have worked with our partner Materialise to provide a 3D nesting solution as part of the NX AM for Multi Jet Fusion module that can do just this.  By specifying that the system should optimize for height, all of the parts in the build tray are arranged and packed in a way that reduces the overall height of the print, thereby minimizing the build time for the parts in that particular build tray setup.  This allows users of the Siemens NX AM for Multi Jet Fusion module to optimize the efficiency of their HP printer.

On a side note, some of the other parts of the new module, such as the build processor, also come from our partnership with Materialise. This is one more example of how the partnership between Siemens and Materialise is continuing to bear fruit for both companies, and of how our strategy for partnering with the best in the AM business has tangible benefits for our customers.

As part of our ongoing partnership with HP, we have also worked to envision how Siemens software and HP hardware might be combined to bring future products to life. Over a year ago, when we first announced our partnership, Siemens and HP presented a vision of “intelligent parts” that could indicate to their users when they were worn out.  This was accomplished by using the properties of the HP Multi Jet Fusion technology to print a part with various embedded color layers.  As the material of the part wore down, the interior layers of color would be revealed, and once the red layer was exposed, the user would know that the part was in need of replacement.  This would mean that perfectly good parts would not have to be replaced on a set schedule just in case they might fail, and it would mean that parts failing prematurely could easily be spotted.

This year, we have worked with HP to take that concept to the next level. Part of the potential of the HP solution is the ability to use a set type of powder, but a varying set of “agents” that can alter the final characteristics of the printed part.  HP has announced that the next generation of the Multi Jet Fusion technology will include the ability to print multiple agents within the same part. This means that different areas of the same part can have different characteristics.  We worked with HP to design a new version of our rack part that used the normal solidifying agent in concert with a conductive agent, effectively embedding electrical traces within the solid part.

You can think of electrical traces or wires just like pipes. With fluid in a pipe, as the cross-sectional area of the pipe decreases, the fluid experiences more resistance while trying to flow through the pipe.  Electrical traces are the same way.  As the cross-sectional area of the trace decreases, the resistance to the electrons flowing through the trace increases.

We used this principle to create a “living part” where the resistance of the part gradually increases as the imbedded traces are worn away until it finally reaches infinity when the trace is broken. By embedding the trace at the proper depth in the part, we can begin to sense the wear of the part electrically. The physical rack with embedded traces printed on a HP Multi Jet Fusion printer and designed with Siemens NX.Imagine a world where every joint, bearing, hinge, gear, and pin in a car, plane, or machine can report their own health to a central processor. Today companies perform service on their machines on a set schedule to ensure that the parts do not fail before the machine is serviced.  However, this is a very inefficient way to service a machine, and while it does allow the user to anticipate when the machine may be offline, it does not optimize the amount of time the machine is down.  With living parts, the various parts of the machine could be serviced only when they really needed it. This would save money in parts, and reduce the amount of downtime for a machine.

With technology like Multi Jet Fusion and software like NX, HP and Siemens are imagining a world where every automobile, airplane, or machine becomes a connected system, constantly reporting on its own health to the people running it. It is a vision where downtime is minimized, parts are only replaced when they actually need to be, and the resulting efficiencies are maximized.  Whether this future will come to pass is hard to tell.  However, it does spark the imagination, and with our demonstration at the Siemens analyst conference, HP and Siemens have proven that the potential for self-aware machinery is there.

This article first appeared on the Siemens Digital Industries Software blog at https://blogs.sw.siemens.com/nx-manufacturing/siemens-hp-working-to-make-the-future-a-reality/