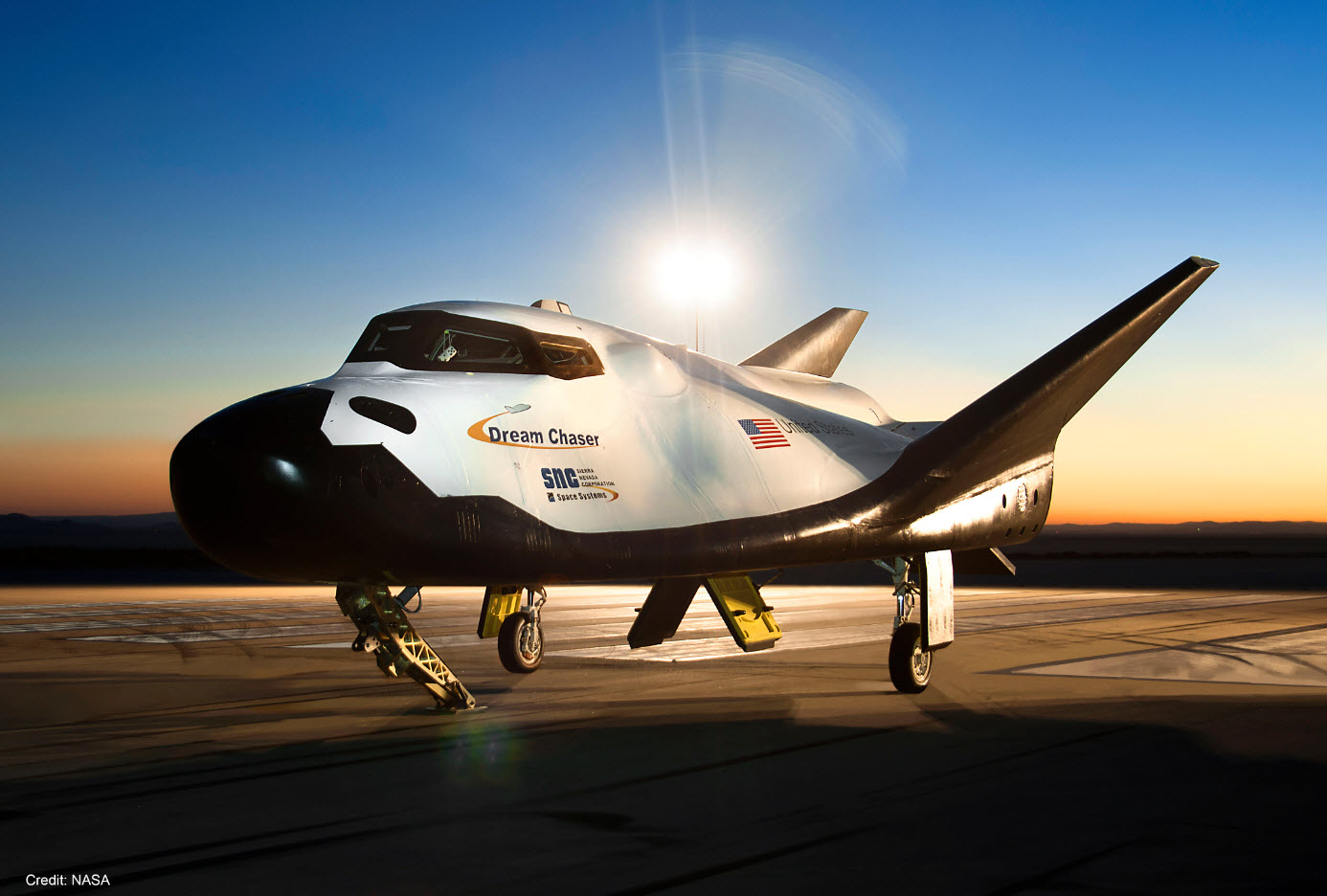 I’ve heard it my whole life, or what feels like my whole life anyway: Apollo 11 landed on the moon with less software than is in a typical high school graphing calculator. So I had to laugh when I read what SNC Space Systems corporate VP Mark Sirangelo said about the space shuttle: “I have more software power in my laptop than the space shuttle had.”

Mark explains that the space shuttle was not a software-driven vehicle.

He had plans to change this when Sierra Nevada Corp. decided to reinvent the shuttle as part of an initiative from NASA. The goal? Develop low orbital spacecrafts that can carry cargo or—as the case was with SNC—people.

To accomplish this, SNC decided to cross a spaceplane that had almost a decade of engineering development with an Atlas V rocket. Thus, the Dream Chaser was born.

When it came to making the Dream Chaser a reality, SNC recognized the importance of collaboration. “We take the track that we’re not experts in everything,” Mark says in a Desktop Engineering article. So to bring the project to completion, they took experts from across industries.

This is where Siemens PLM Software’s role becomes evident. SNC could easily integrate with a multitude of companies using different software because NX is open, so it works with multi-CAD data.

SNC chose NX CAD largely based on its ability to handle the large, complex models inherent in the Dream Chaser project without crashing. “In other products, CAD models took forever to load, save and manipulate,” John Roth, SNC Space Systems vice president of Business Development says.

Switching to NX resulted in time savings of 20% for SNC, John adds. Time savings are important, because of the Dream Chaser’s increased complexity over the original space shuttle due to the amount of software it contains.

This article first appeared on the Siemens Digital Industries Software blog at https://blogs.sw.siemens.com/nx-design/snc-reinvents-space-shuttle-with-nx-cad/