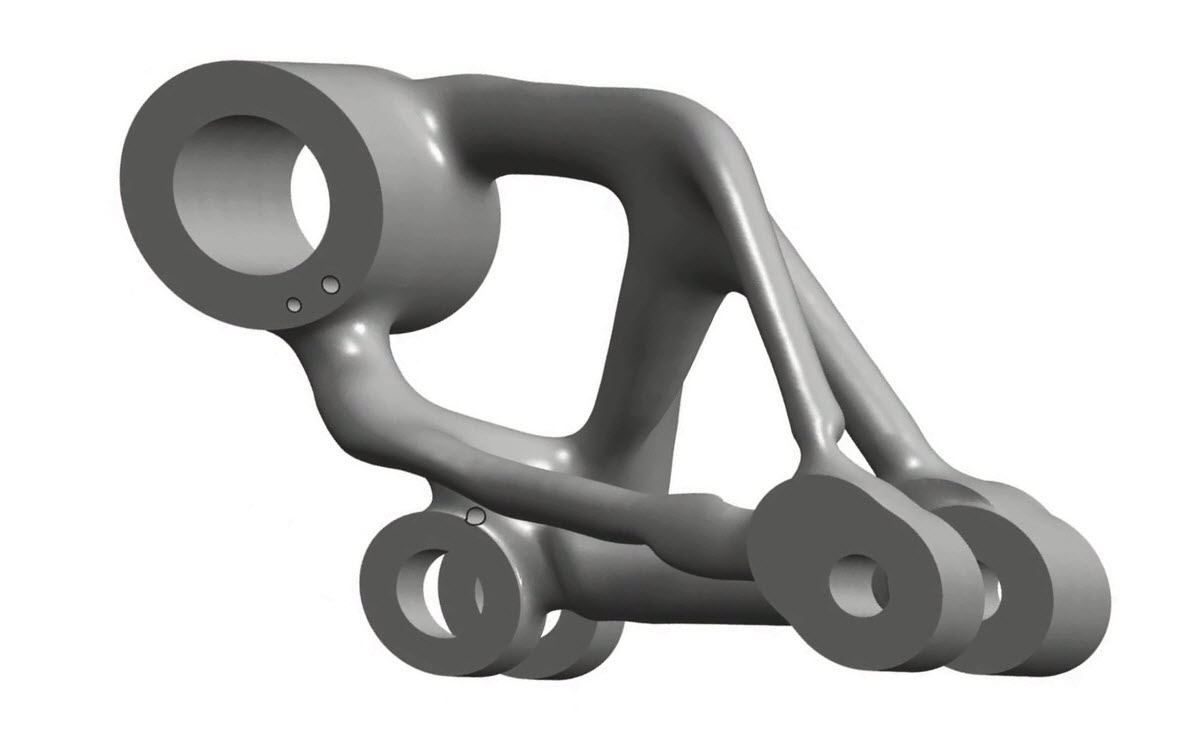 Convergent Modeling™ marks the biggest change in computer-aided design since the introduction of feature-based modeling in the 90’s. The combination of feature and faceted-based modeling frees engineers from the limitations previously imposed by working with scanned data and other faceted bodies. A world of possibilities is now open to us in design.

Convergent modeling technology gives anyone the ability to perform faceted-based modeling without the need for data conversion. If there is a faceted body from a scan or a JT file, it can be manipulated and changed directly. There are no new commands to learn; Convergent Modeling technology in NX simply works. The designs we are now capable of creating with topology optimization and scanned data may have been possible in the past, but in many cases, they were difficult, time-consuming, and often impossible to manufacture with traditional manufacturing techniques. Additive manufacturing solves the challenge of how to create them.

The organic designs found in nature are now very possible to not only design with Convergent Modeling technology, but also to manufacture using additive manufacturing techniques. The world of possibilities is now open to us in what we can create, deliver, and design.

I’m a firm believer that nature is one of the most creative originators of design. Engineers can now look to the natural world for answers on how to address specific design challenges. There is more creativity and freedom not just in how we design products, but in how we solve problems as well. The combination of additive manufacturing (3D printing) with Convergent Modeling technology for design is game changing. It’s really an exciting time to be involved in CAD modeling. An example close to my heart is medical plates. My nephew was hit in the head with a baseball bat, and his skull was crushed. He recovered, is 100% fine now and in college; he’s having fun. However, he has a metal plate in his head. The technology at the time was limited, and while there were many plates to choose from, these were generic sizes not specifically designed to fit his head. Such plates often have to be replaced, because they don’t fit as well and aren’t made just for the individual. Now think if we could have made that part just for him, from a scan of his head. We are starting to do that in medical applications today. Hip and knee replacements will last much longer if they are custom made for individuals, rather than one of a few standard sizes a doctor has to choose from.

The potential this technology unleashes in terms of design is unrivaled. Parts and products we buy five years from now will look very different than those that we buy today.

Convergent Modeling technology is uniquely advanced in NX, as Siemens PLM Software was the first to develop the revolutionary new design method. However, we are a very open system that provides our technology through Parasolid, which is the base or foundation of our software. Convergent Modeling is therefore available to anyone who uses Parasolid, and really, anyone in the world.We encourage you to look at it and try it. It is a fast and powerful modeling technique that allows you to design freely.

This article first appeared on the Siemens Digital Industries Software blog at https://blogs.sw.siemens.com/nx-design/convergent-modeling-revolutionizes-product-development/