I am clear that electric cars are the future and I have passed some comments on the matter a while ago here and here. For many people, of course, they are not so much the future as the present; car sales in general in the UK, for instance, have been very much reduced recently, but electric car sales are increasing quite rapidly. They still have a little way to go – mainly reducing prices and increasing range – before they truly become mainstream.

If you ask anyone to say what is good about electric cars, they are likely to highlight three things: they are environmentally friendly, economic to run and quiet. There are some interesting nuances to the first one; the second seems to be very clear; the third is the one that I want to ponder today.

Cities can be very noisy places and many people, myself included, can find that uncomfortable and stressful. A lot of the noise comes from vehicles, as internal combustion engines are inherently noisy. In the past couple of decades engines have become a lot quieter, but electric motors trump them every time, as they run almost silently. This does not mean that an electric car is totally silent. There is inevitably noise from the tires on the road and a bit of wear and tear is likely to result in noise from brakes and worn wheel bearings. Although this great reduction in sound levels is regarded as attractive by many, for some people, typically those with impaired vision, the lack of noise is something of a challenge. If you rely on sound – even partially – to be aware of nearby vehicles, when crossing the road, for example, moving around in a city full of electric cars may be very hazardous.

The obvious solution to this problem is for an electric car to make a synthetic sound. There are some vehicles on the market that do that now, but there are legal restrictions in some countries. Laws can be fixed and the technology for making a sound that indicates the speed of the vehicle is quite straightforward. I have mooted the idea that people might customize their cars using downloadable sounds. I would go for “clip, clop …”. However, this solution gets us back to the noisy stressful cities of today. There must be a better solution. And I think there is.

What if cars made a sound that nobody could hear? I am thinking of ultrasonic sound. Many blind people have guide dogs [and other people have other kinds of service dogs] and the animals have the ability to hear much higher frequencies than any human. They could readily be trained to recognize the sound of an approaching car, while the rest of us can enjoy the peace and quiet. Problem solved! Well, maybe, but I think we can do more/better.

It would be quite easy to design a device – maybe a wrist-band – that could detect ultrasonic sound and translate it into a tactile vibration. This detection could be made quite directional, so the wearer could “see” which direction the vehicle is approaching from. This would extend the use of the technology to people without dogs. Deaf people, for example, might benefit. This approach could go beyond cars and be used to convey other information that is normally shown visually. An example would be a road crossing lights. Different pulse patterns would convey different information. A user could rapidly learn quite a wide range of messages – it would be a kind of “ultrasonic Braille”.

You heard it here first! I would be pleased to hear any feedback on this idea, particularly if anyone wanted to develop it. I can be reached by email or via social media. 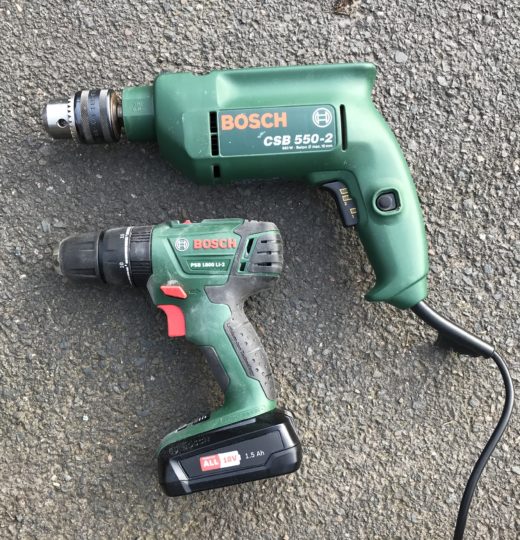 Testing an EV January 24, 2019 I wrote before about my thoughts on buying an electric car. Since then, I have been doing some more research…